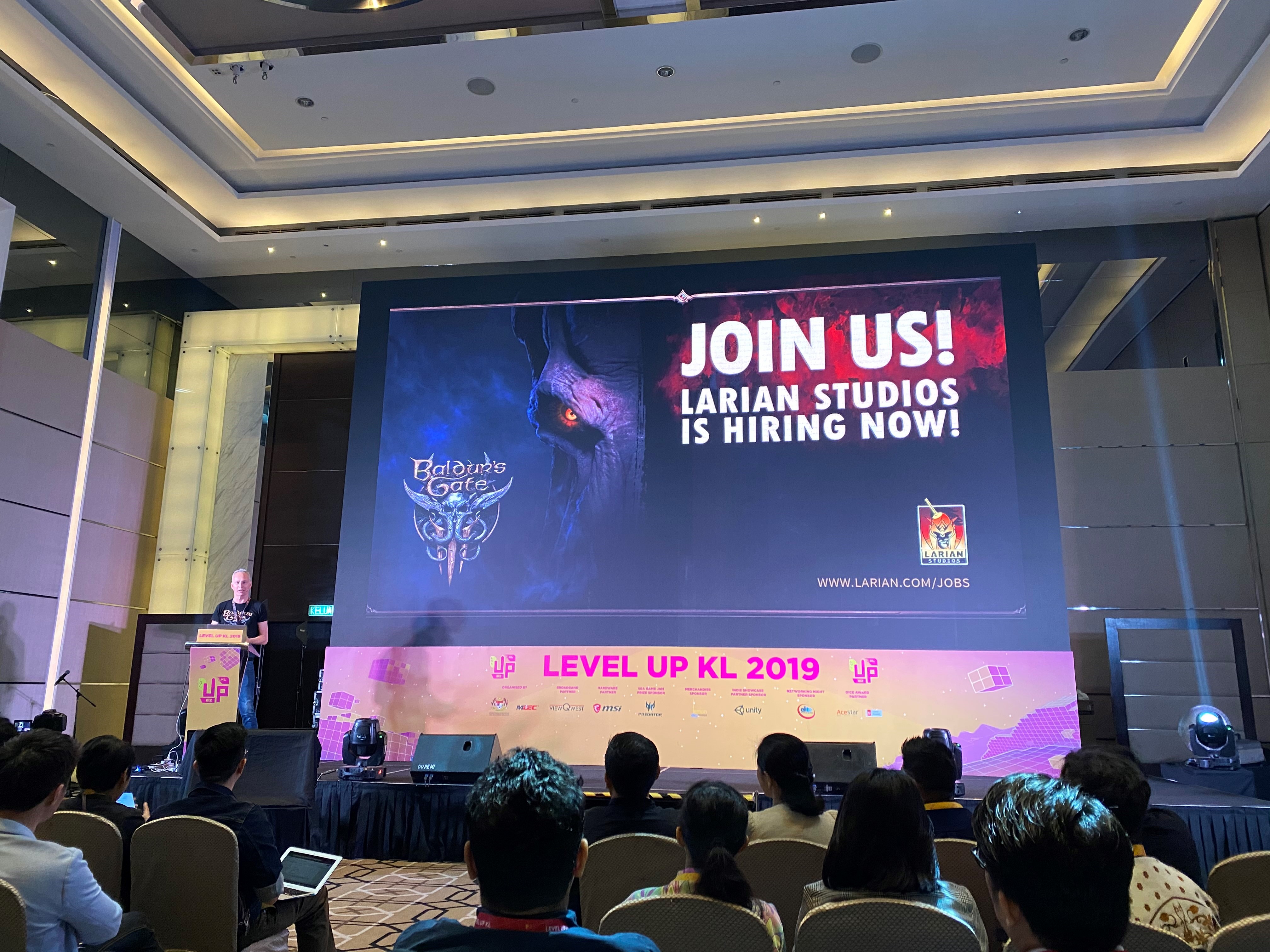 Larian Studios shot to fame recently when they revealed that they had started work on Baldur’s Gate III. The game developer had already made a name for itself by developing Divinity: Original Sin II - one of the most critically celebrated RPGs of the last decade.

Larian Studios took to Level Up KL 2019 to make a massive announcement: They are opening a fifth office in Malaysia, and they’re hiring! Anyone who joins their Malaysian branch will begin working on Baldur’s Gate III.

The new Malaysian branch is actually part of a much bigger expansion, seeing new offices opened around the world. Larian Studios founder Swen Vincke indicated that they were setting up an office in Malaysia for a couple of reasons.

First: Malaysians are fluent in English. Second, the time difference between Malaysia and their Belgian office would allow workloads to simply be transferred back and forth at the end of each work day. Hence, Baldur’s Gate III would technically be worked on for 24 hours a day - just by different offices. This would reduce crunch and allow everyone to work more appropriate hours.

Larian Studios is now following the sun! Our new studio in Malaysia brings the total to 5, so there's always something going on! To join the adventure all over the world, click: https://t.co/BfBW7iGBwg pic.twitter.com/Gfl5eNHfFE

Malaysians are encouraged to apply, with the studio’s website showing that it is hiring staff for art, programming and quality assurance in a variety of positions. They plan to hire a staff of 20 to begin with - and increase that organically later.