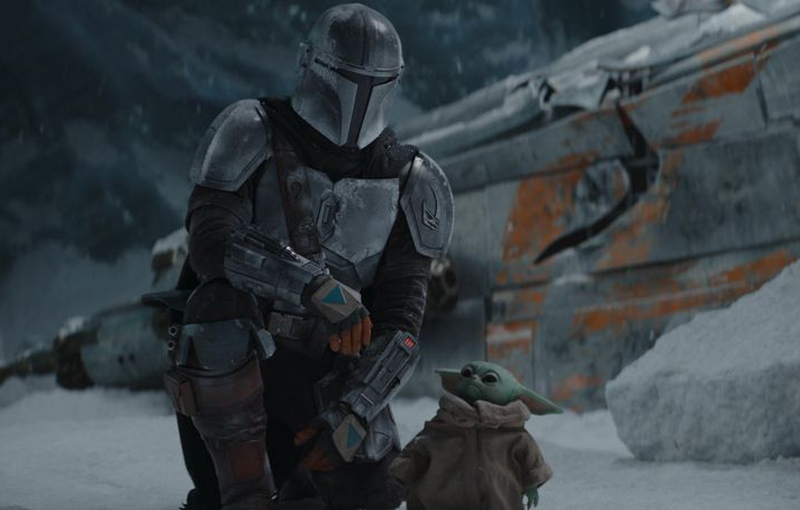 Din Djarin is back on a galaxy-spanning quest.

Disney just debuted a new teaser for The Mandalorian Season 2 during Monday Night Football, and it’s juicy. The Mandalorian is on a quest to return The Child to his people, but nothing ever comes easy to characters in this universe.

The Mandalorian and Baby Yoda previously escaped the icy grip of the Empire in the previous season, jetting off towards safety in the Razor Crest. The villainous Moff Gideon - previously thought to be dead - was revealed to be alive and presumably still in pursuit, with the Darksaber in his possession.

This season will see Din Djarin return to old friends like Cara Dune and Greef Karga to find more of his people. The quest will take the Mandalorian and his adorable cargo across numerous planets and space battles, including an icy planet that might just be Ilum. Previously seen in Star Wars Jedi: Fallen Order, Yoda (the old one) used to take Force-sensitive children there to train and harvest Kyber crystals.

The Mandalorian Season 2 will reportedly feature a few returning characters from the Star Wars franchise, such as Ahsoka Tano and Boba Fett. Episodes will premiere weekly on Disney+ starting from October 30, 2020.

Join HWZ's Telegram channel here and catch all the latest tech news!
Our articles may contain affiliate links. If you buy through these links, we may earn a small commission.
Previous Story
Aurabeat's air purifier that destroys 99.99% of COVID-19 virus now available in SG
Next Story
FaZe clan is now working on a new horror movie starring Brian "FaZe Rug" Awadis