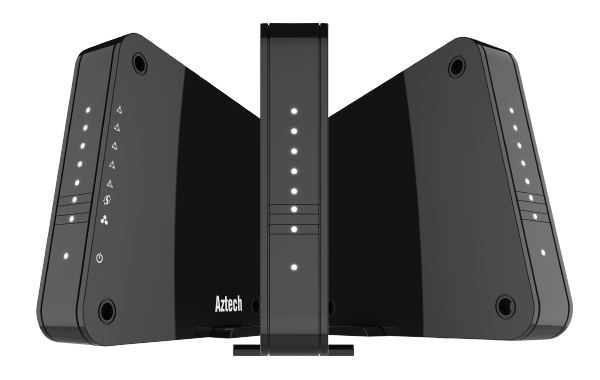 The latest mesh networking system to hit the market is the Aztech WMB250AC. Currently only available as a pack of three, it is ideal for users with very large homes.

Unlike most mesh networking systems, the Aztech WMB250AC prides functionality over design. So while it might not look as chic as some other systems in the market, it does have something that its rivals don't, and that's extra Ethernet ports.

While most mesh networking systems only have two Ethernet ports, the Aztech WMB250AC has no less than five. One for Gigabit WAN connectivity and another four for Fast LAN connectivity (that's up to 100Mbps).

Despite the lack of Gigabit speeds on the LAN ports, it's still sufficient for most home deployment use, especially if you only intend to stream media.

On the wireless side of things, the Aztech WMB250AC is dual-band AC2100-class router, that means you can get speeds of up to 300Mbps and 1,733Mbps on its 2.4GHz and 5GHz network respectively.

Join HWZ's Telegram channel here and catch all the latest tech news!
Our articles may contain affiliate links. If you buy through these links, we may earn a small commission.
Previous Story
Thunderbolt 3 support is coming to the future USB4 specification
Next Story
Microsoft is allegedly developing Windows Lite for dual-screen devices