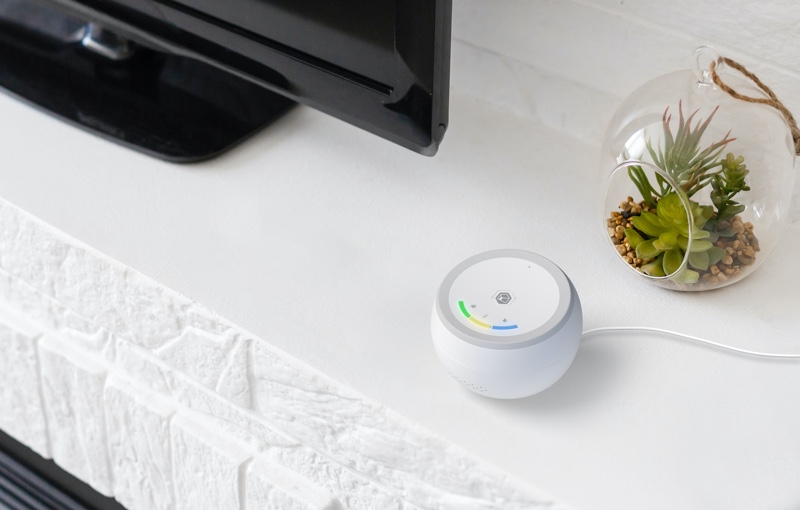 Aztech Technologies has launched a new second-generation smart home device, the Kyla Gen 2 Smart Station. Connecting to the home via Wi-Fi, this is an update to their Smart IR Cube introduced back in 2018 and brings new functionality while retaining those that have proven popular with users.

The previous Cube had the IR controls found in the new Gen 2 Smart Station but lacks the sensors that we will cover later. Also, note that Aztech also says that the two models aren't compatible with each other as the Kyla Gen 2 Smart Station was introduced as a solution to some of the challenges the Gen 1 was facing.

Smart devices, hubs, and homes are all the rage now. The pandemic and the "work from home" period has seen a rise in the devices we use and a need for some of them to become “smart” so that they can meet our needs better and have increased functionality.

One device to control them all 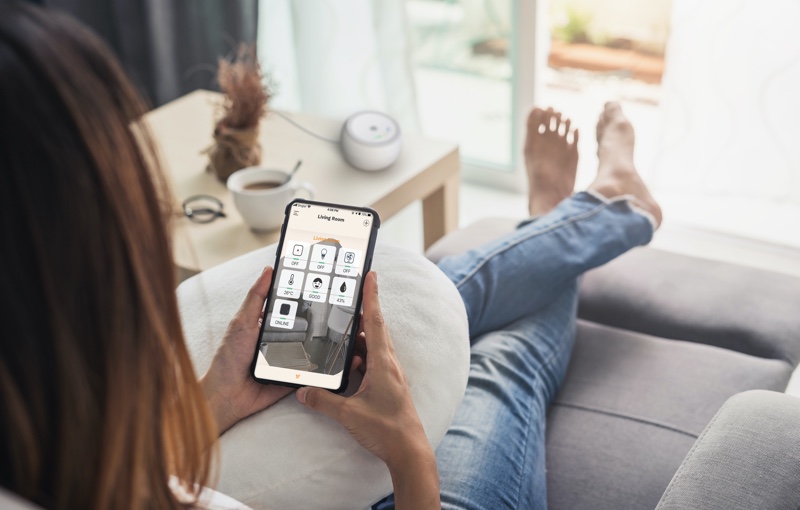 No longer angular lines, the new Kyla Gen 2 Smart Station is like many recently released devices, all curves with friendly colours and lights inviting use. Acting as an Infrared (IR) master blaster for all IR appliances at home, it is compatible with major brands like Philips, Sony, Samsung, and Mitsubishi, and allows users to control all connected appliances such as air conditioners, TVs, music players, and fans through the Kyla app.

Users can also control the appliances through the app the same way as they would with an ordinary remote control. For example, they can adjust the volume, change channels, and control the temperature of the air conditioner.

Users can also create custom schedules for use with the devices controlled by the app. For example, they can program the air condition to turn off and the TV to come in the morning as they wake up.

Aztech also says that there is some limited compatibility with Google Assistant and Amazon Alexa.

Detecting the air around you 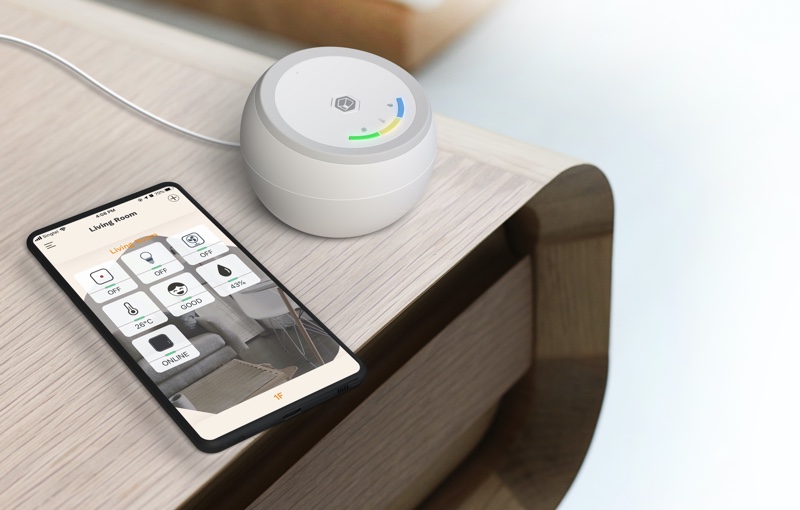 The Kyla Gen 2 Smart Station also has sensors to measure its surroundings like the temperature, humidity, and air quality. Users can use the app to set alerts should any of these values fall below an ideal level. In time, Aztech said that devices controlled by the app like an air purifier or air conditioning unit could also be programmed for remote activation should an alert be raised.

At the moment, users are only able to control the heating and cooling of their homes via automation rules within Kyla app by turning the air conditioner on or off when the temperature rises or falls around a pre-determined range. 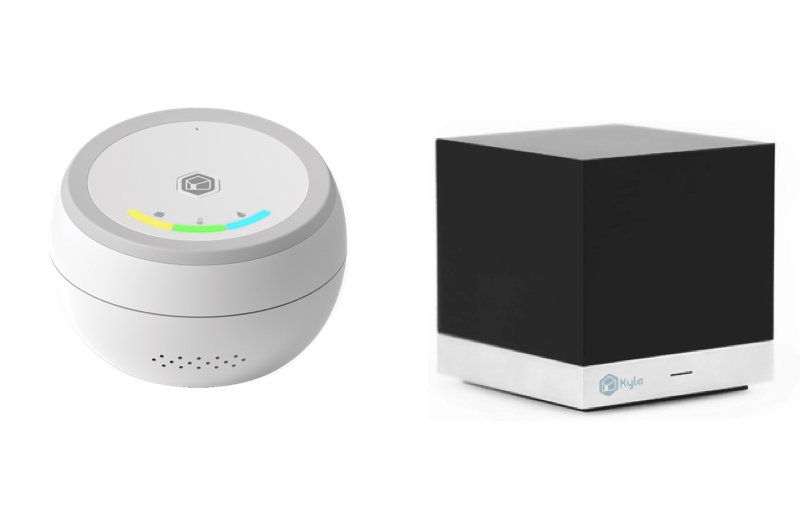