AVerMedia updates their portable game capture card with the new Live Gamer Portable 2. In a nutshell, this portable game-recording device for consoles and PC is a streamer’s best friend, and the new version has new features, plus an update to their overlay manager.

The Live Gamer Portable 2 now comes with Console Party Chat support. The user can now broadcast team chat between friends to their audience, giving the streamer to liven up his broadcast with locker room talk. There’s also Headset Commentary support, so the streamer can add their thoughts and game tips to their video. 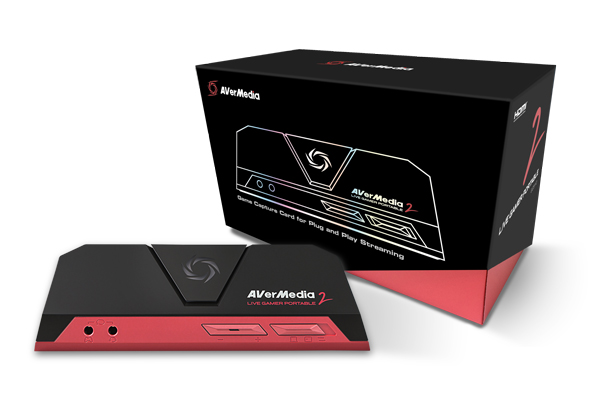 The bigger update, however, comes from their overlay manager software, RECentral 3. It’s the updated version of the original RECentral built for the first device. You can now overlay elements like stream subscription alerts, your viewer’s chatroom, scrolling text bar, and other content. If you use a green screen for your person, the RECentral 3 can remove your background for you. Otherwise, the program is compatible with TriDef SmartCam – which removes your background on your behalf, even if you have no green screen (free for the first 14 days). You can also do live editing of your recordings, if you want to make short highlights of your gaming sessions.

The portable recording device itself is fundamentally the same as their predecessor. It supports video resolution up to 1080p at 60 frames per second, and it’s compatible with a wide spread of game consoles – Xbox One, Xbox 360, PS4, Wii U, PC, and iOS devices. It’s a plug and play device, and the resulting stream recordings are in MP4 or MOV file formats. The AVerMedia Live Gamer Portable 2 is retailing at S$240, and it’s available at authorized retailers.

Join HWZ's Telegram channel here and catch all the latest tech news!
Our articles may contain affiliate links. If you buy through these links, we may earn a small commission.
Previous Story
The 360Fly HD and 360Fly 4K 360° cameras are now available in Singapore
Next Story
NEC launches new MC series projectors designed for classroom and office use