Who says game capture and live-streaming has to be a messy proposition? The AverMedia EzRecorder 330 (ER330) finally simplifies it all - even for old school gaming devices.

The easy bit starts with what you can achieve with this capture card; it is capable of live streaming at 1080p (Full HD) at 60 FPS directly out of this box, without a high-end PC that you traditionally required.

If you need to save your live stream footage, it is also able to record the video and audio inputs at a maximum definition of 1080p resolution at 60fps onto a microSD card, an external hard drive using the USB 2.0 interface, or even to a Network Access Storage (NAS) over Ethernet. 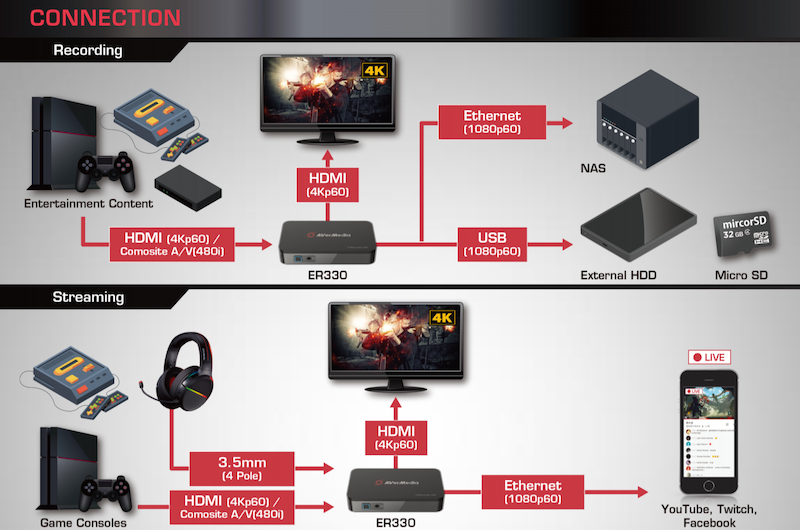 Whether you’re a console or PC gamer, the EzRecorder 330 accepts a HDMI 2.0 input of up to 4K at 60fps from your preferred gaming console (or PC) to help you enjoy high fidelity gaming on a modern big screen 4K TV.

The interesting bit is that the ER330 even has composite A/V inputs to accept video resolutions of up to 480i. That means that you could scratch that nostalgic itch and play/record/share your gameplay on retro game consoles during and before the PlayStation 2 era; that includes the SNES, GameCube, and even the Nintendo 64 if you have a working unit.

If you’re interested in grabbing one, AverMedia’s EzRecorder 330 (ER330) retails at S$269, and will be available from online stores on Lazada and EpicGear, or at Allstars, Cybermind Tech and Mediapro at Sim Lim Square.