AVerMedia has announced the availability of the Game Broadcaster HD. 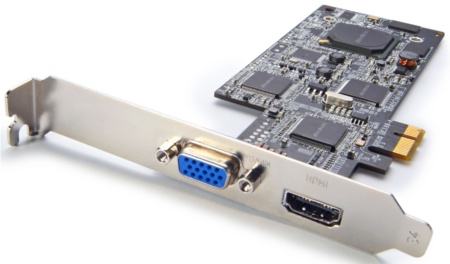 Designed for hardcore console and PC gamers, it is a 1080p HD video capture card that adopts PCIe interface. Users can capture gameplay via the on-board HDMI and VGA inputs or Component to VGA cable.

Supporting a wide range of graphics card resolutions, it is also capable of acting as a broadcaster to stream live gameplay onto the Internet. Compatible with DirectShow, users can stream out their live game content on TwitchTV or USTREAM via Adobe Flash Media Live Encoder or XSplit.

Join HWZ's Telegram channel here and catch all the latest tech news!
Our articles may contain affiliate links. If you buy through these links, we may earn a small commission.
Previous Story
Google Bar Redesigned
Next Story
Arctic Releases Freezer i30 / A30 CPU Cooler