Avatar: The Way of Water trailer offers a thrilling glimpse at Pandora after more than a decade

Avatar: The Way of Water trailer offers a thrilling glimpse at Pandora after more than a decade 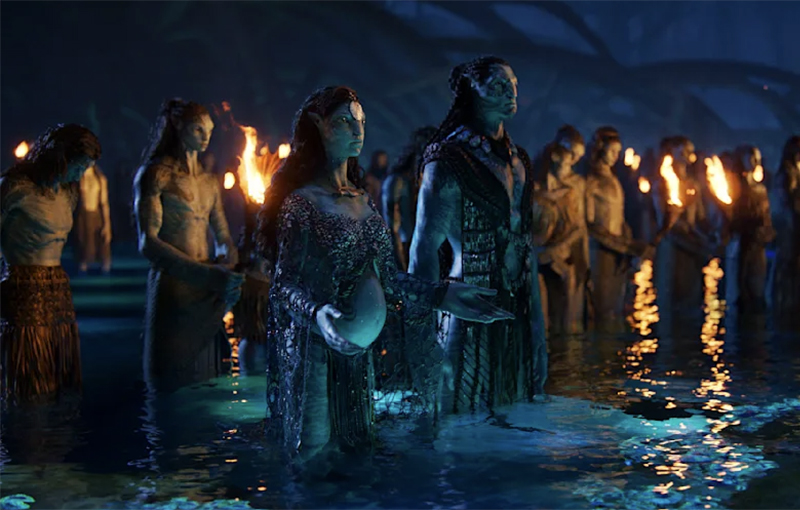 The sequel to James Cameron's 2009 blockbuster Avatar finally has a trailer, although it is more a collection of images from the alien world of Pandora than anything else.

After 13 years, Pandora is looking as stunning as ever, a thriving planet filled with wondrous lifeforms and majestic vistas that stretch as far as the eye can see.

But the thrilling visual spectacle aside, the teaser trailer doesn't really tell us anything about what to expect from Avatar: The Way of Water, as the sequel is called. There is only one line throughout the entirety of the trailer. "I know one thing. Wherever we go, this family is our fortress," says Jake Sully.

Sam Worthington and Zoe Saldaña will reprise their roles as Jake Sully and Neytiri, alongside other returning cast members like Sigourney Weaver and Giovanni Ribisi. New faces are joining as well, including the venerated Kate Winslet and Michelle Yeoh, who play Ronal and Dr. Karina Mogue respectively.

Game of Thrones alumnus Oona Chaplin will play Varang, currently described as a "strong and vibrant central character who spans the entire saga of the sequels."

The Way of Water picks up where the first film left off, with Sully being permanently transferred to his avatar. He and Neytiri begin to work toward a life together on Pandora, and their new family appears to be a central focus in the sequel.

The film is slated for a December 16 release, a date far removed from its original 2014 release plans. A third film finished shooting in tandem with The Way of Water back in 2020, and Avatar 3 is currently set for a 2024 release.

There are reportedly up to five Avatar movies planned, with releases every other year until 2028.

Join HWZ's Telegram channel here and catch all the latest tech news!
Our articles may contain affiliate links. If you buy through these links, we may earn a small commission.
Previous Story
Love, Death and Robots volume 3 looks even crazier and wackier than the original
Next Story
DJI unveils the Mini 3 Pro drone