Autonomous cars get a boost with NVIDIA DriveWorks software and DriveNet

Autonomous cars get a boost with NVIDIA DriveWorks software and DriveNet 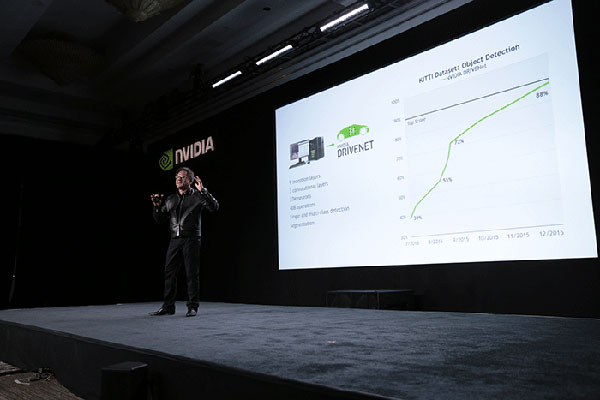 NVIDIA believes that self-driving cars will revolutionize society. The technology has the potential to reduce road accidents and fatalities (humans are the most unreliable part of the driving equation), and also greatly advance the personal mobility movement by empowering those who are unable to drive. In order to bring forward the moment when self-driving cars will finally become a viable option, NVIDIA has announced its DriveWorks software and DriveNet, NVIDIA’s very own deep neural network.

As its name suggests, DriveWorks was conceived in the spirit of other platforms like NVIDIA GameWorks and DesignWorks, both of which are intended to provide game developers and graphics professionals with the tools to advance their trade. Similarly, DriveWorks is a suite of software tools, libraries, and modules that aim to accelerate the development and testing of self-driving vehicles. It is also a solution for training self-driving cars – encompassing the entire pipeline of perception, localization, planning, and visualization.

DriveWorks enables sensor calibration, the acquisition of data on the car’s surroundings, synchronization and recording. Finally, it also facilitates the processing of multiple streams of sensor data through a sophisticated pipeline of algorithms running on the Drive PX 2’s processors. Software modules are included for every step of the self-driving pipeline, from object detection, classification and segmentation to map localization and path planning. 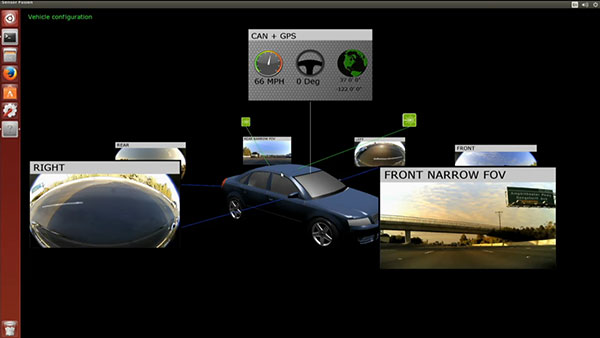 NVIDIA’s DriveNet will also be a huge part of NVIDIA’s push to speed up advancements in self-driving cars. CEO Jen-Hsun Huang stressed that deep neural networks have since surpassed humans in certain areas. For instance, Baidu’s Deep Speech 2 network has since outperformed humans on voice recognition tests, and Microsoft, working in collaboration with the Hong Kong University of Science and Technology, managed to beat a college student in an IQ test.

Neural networks don’t require any programming on the part of developers, and after they have been trained with sufficiently large data sets, they can learn how to recognize and respond to new and novel situations. It’s easy to see why this would be invaluable in a self-driving car, as it is practically impossible to program a car to respond appropriately to the limitless number of unpredictable and changing road situations.

DriveNet features 37 million virtual neurons, and it takes 40 billion operations to run information through the network just once. DriveNet is so precise that it can also classify and recognize individual pixels and indicate what object that pixel belongs to. However, DriveNet was designed primarily as a reference neural network, and NVIDIA expects individual automakers to create their own networks. 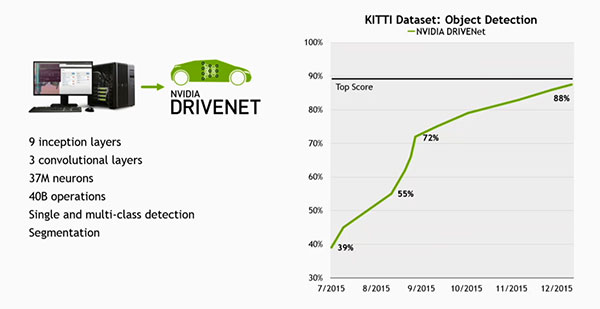 One other exciting possibility that neural networks could bring about is for all autonomous vehicles to pool their experiences in a collective network. So if one car experiences something new, all other vehicles will benefit from that experience and become smarter.

Ultimately, NVIDIA’s goal is to create an end-to-end platform for self-driving cars. This starts includes the NVIDIA DIGITS training network, its deep learning network, and the Drive PX 2 in-car supercomputer, which deploys and executes what it has learned from the network. 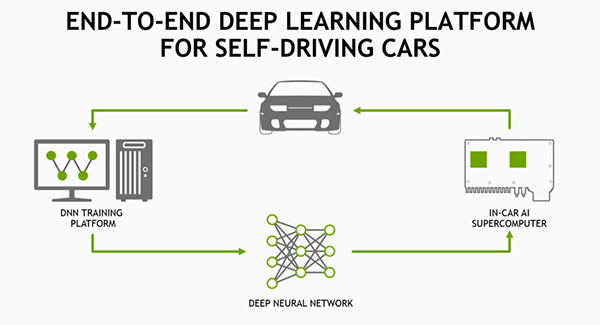 Previous Story
MediaTek debuts new wearables chip that can provide up to a week of battery life
Next Story
iLuv introduces the SmartShaker 2: an alarm clock with a difference