Automatic Photo Uploading for Dropbox on Windows and Mac

Automatic Photo Uploading for Dropbox on Windows and Mac 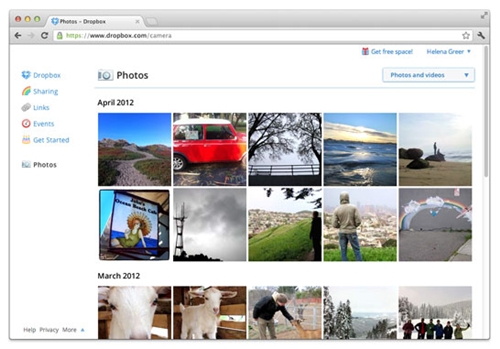 Dropbox adds another new feature to its cloud storage service - automatic photo uploads on Windows and Mac, which is previously available on Android and iOS.

With the latest version for Windows and Mac, you can just plug your camera, phone or SD card into your computer and with a few simple clicks of the mouse, photos and videos will be uploaded to your Dropbox account. The image quality will not be compromised as Dropbox assures that photos will be uploaded in full quality and at their original size.

You can browse the images on the new Photos page on the web version of Dropbox, which categorizes them by month and in large thumbnails. Hovering each photo will reveal the date while clicking it will blow the images to full size.

You can then download or share them with a link, a feature that was added a few days ago. As a bonus, Dropbox will be offering 500MB free for your first automatic upload and you can earn up to 3GB extra for your subsequent uploads.

Competition is expected to increase after Google entered the fray with its cloud storage service, Google Drive which offers 5GB free storage space and Google Docs integration. Microsoft recently offered a limited time free upgrade to 25GB for SkyDrive users. Dropbox is clearly not resting on its laurels as it has been boosting its service with a number of new features and upgrades such as sharing of folders with Facebook friends and doubling the free storage space for every successful referral.