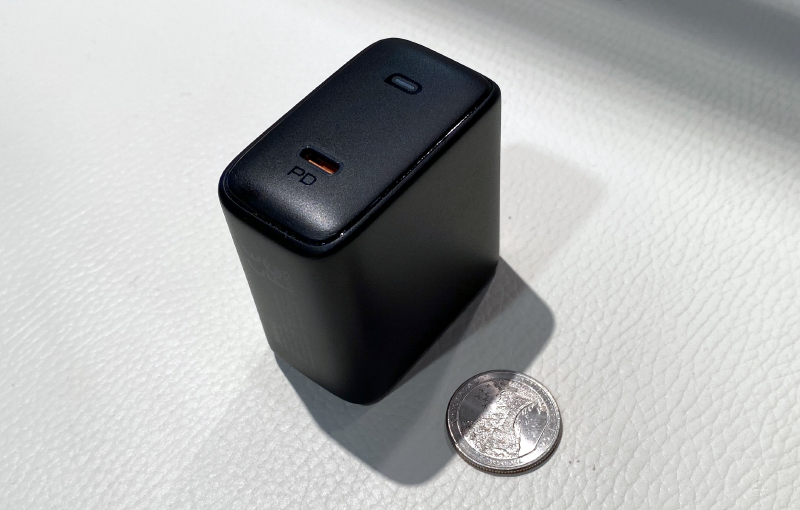 USB-C chargers are a big thing this year at CES thanks to gallium nitride or GaN technology.

To be fair, we already have a handful of GaN chargers in the market but this year sees many new players jumping on board.

Belkin has announced a couple of USB-C chargers based on this tech and so has Hyper. However, neither are as small as Aukey’s new Omnia chargers.

The photo above shows their largest 100W Omnia USB-C charger next to an American quarter. It’s so small it can even fit in the palm of your hands.

Aukey says it’s about 66% smaller than a 13-inch MacBook Pro’s 61W charger. And it’s able to do so because gallium nitride can handle greater voltages and is much more efficient than silicon.

Apart from the 100W charger, the Omnia series also has smaller 65W and 61W chargers. Some of them even come with an additional USB-C or USB-A port so that users can use them to charge other devices.

Aukey said that these will be available sometime in Q2 this year. Pricing, unfortunately, hasn’t been confirmed.

Join HWZ's Telegram channel here and catch all the latest tech news!
Our articles may contain affiliate links. If you buy through these links, we may earn a small commission.
Previous Story
Catch the X-Men's horror movie The New Mutants trailer here
Next Story
Samsung has deleted the bezels from its Q950TS QLED 8K TV