The popularity of smartphones and tablets as portable music players is undeniable. Taking advantage of the technologies built in to these devices, audio makers released a slew of wireless speakers leveraging the Blutooth A2DP profile. The trend seems to be continuing and Sony has released a range of speakers at CES 2013 which provide sound wirelessly with the help of Bluetooth and NFC.

Comprising of the SRS-BTX500 and SRS-BTX300, these wireless speakers from Sony are fitted with Apt-X and AAC Bluetooth codecs to ensure the highest quality sound while streaming wirelessly. Codecs like Apt-X which are real-time digital audio data reduction systems offer linear compression of audio samples by a factor of 4:1 to assist the process of streaming via Bluetooth. Both speakers are also NFC compatible. 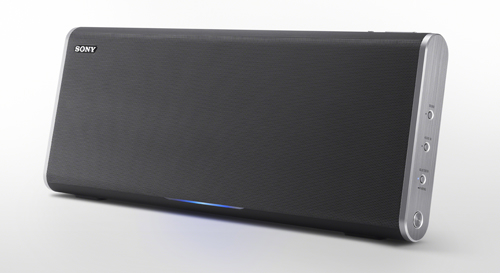 The speakers include a built in subwoofer and original Sony DMC technology which is a combination of dual passive radiators, magnetic fluid speakers and a Clear Phase digital signal processor. Magnetic fluid technology aims to delivers higher sound pressure levels and clearer vocals while Sony’s Clear Phase circuitry is implemented to reduce distortion and increases sound presence for a crisp and clean listening experience. 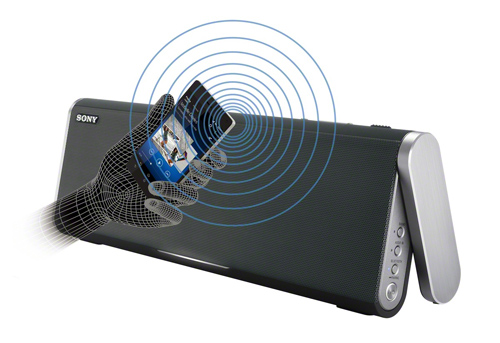 Both models have built-in lithium ion batteries which will keep the speakers running up to 6 to 8 hours. You can also charge your smart devices with the help of an on-board USB port.

The other two speakers introduced by Sony are the SRS-BTV5 and SRS-BTM8. Like the X series models they feature Bluetooth and NFC connectivity options. Where they differ from the X Series is in terms of design. Both speakers are designed to be extremely portable. The SRS-BTM8 with its "purse" like design is easy to carry, while the small, spherical stature of the SRS-BTV5 makes it easy to pop into your carrying bag. 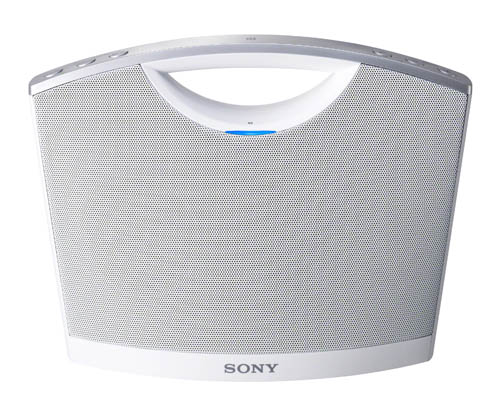 All the new speakers are stated to be released in March 2013. We were even able to get eyes on the SRS-BTV5 closer to home at the Sony Xperia Z event held today.