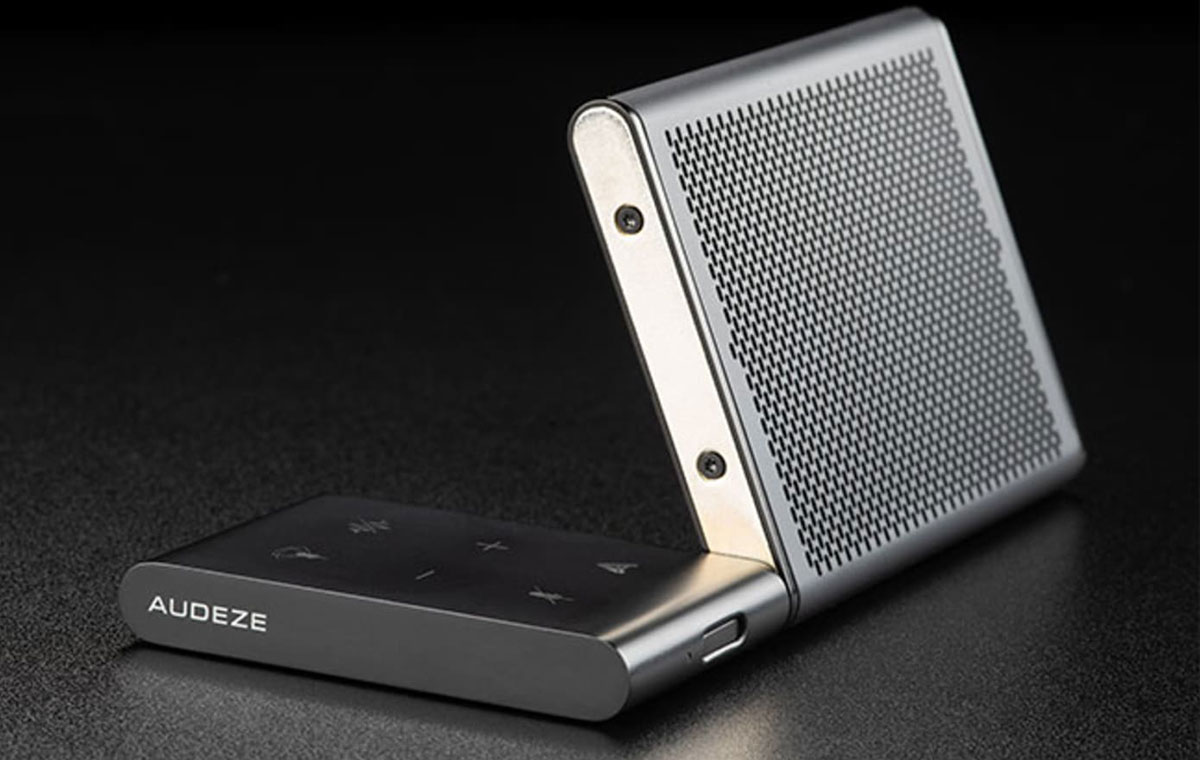 If you're constantly worried about undesired sounds interrupting you during meetings, Audeze has come up with an answer that may solve your problems. The Audeze Filter is a personal speaker with microphones designed for the hybrid workforce, and boasts multiple AI enhancements to separate itself from other speakers out there.

The Filter contains built-in microphones which Audeze touts as being backed by deep neural network-based noise-cancelling. Audeze says that the AI-powered microphones have been trained on over 500,000 samples to detect and cancel out background noise. Another AI-based feature is the use of intelligent beam-forming to create pickup patterns depending on the situation. Essentially, it can create pickup angles between 70 degrees and 360 degrees, meaning that it's applicable for both solo and group calls, and has a range of up to 10 feet, or about 3 metres.

As for the speakers, as Audeze has been one of the more prevalent modern companies utilising planar magnetic drivers for their headphones, and some of that patented tech has been implemented into the Filter's drivers. With this, Audeze claims the Filter's planar magnetic drivers can reach 85 dB SPL by default, and 118 dB with 'Ludicrous Mode' turned on, the latter meant for media playback, all this without distortion.

As for the build and features, Audeze also touts the Filter's size as a selling point, as the Filter only comes down to about 7cm x 15cm, which is about the size of a Samsung Galaxy S21, with the Filter being only half a centimetre thicker.

The Filter also has a touch-sensitive panel for various controls, including volume and noise reduction, as well as a companion app on Android, iOS, macOS and Windows. There's also a 1,100mAh battery for wireless connection, which Audeze rates for up to 15 hours of playback time at 80 dB. Speaking of connectivity, the Filter supports Bluetooth and USB connections, the latter through USB-C or an included USB-A adapter. As a nice bonus, the Filter also comes with a protective carrying case.

All in all, this seems like a solution for you if you're not one for dedicated headphones and microphones for calls, or if you want a good microphone solution and don't want to fuss about soundproofing. If you're interested, Audeze has an audio demonstration, and it's rather impressive:

The Filter is currently on Indiegogo, and so far has been a success, with S$68,000 having been raised already. That's over five times its target of S$13,568.

Mass production is expected to take place during January of next year, with shipping expected in February and March. When it does launch, the Filter will retail for US$249 (~S$336), but early bird backers can get a 30% discount, bringing it down to US$179 (~S$237).

Join HWZ's Telegram channel here and catch all the latest tech news!
Our articles may contain affiliate links. If you buy through these links, we may earn a small commission.
Previous Story
Google Classroom mobile app now works offline, provides easier grading on mobile for teachers
Next Story
Fujifilm's new flagship Instax camera, the mini Evo, will come in time for Christmas