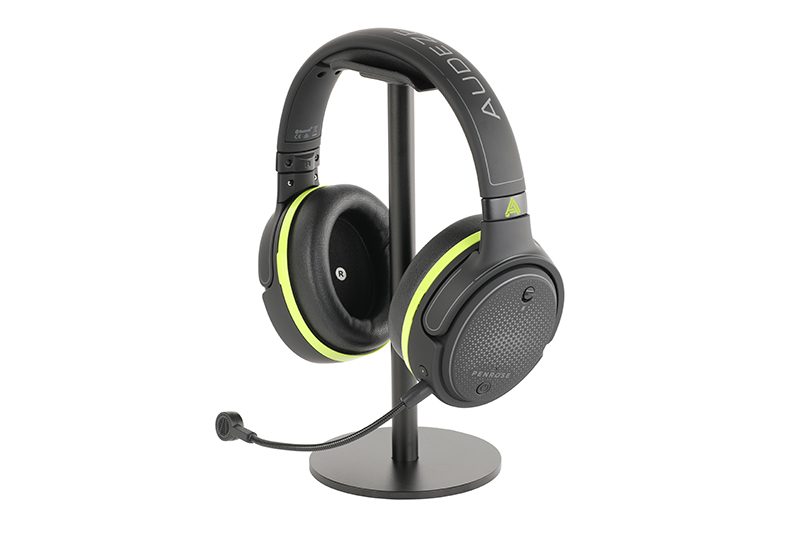 Audeze, a familiar brand in high-end audio, just dropped a new pair of planar magnetic driven gaming headphones that supports both eagerly anticipated next-gen gaming consoles: the PlayStation 5 and Xbox Series X. All current-gen consoles are also supported, so you don’t have to wait until the next-gen models launch before buying a pair.

In case you’re not familiar with Audeze, check out our introduction here. We also previously reviewed the Mobius headset, their first attempt to bring planar magnetic technology specifically to gaming.

Compared to the Mobius, the new Penrose is designed to be a console-first headset, though it also supports the PC. It can be connected via a 2.4 GHz wireless USB dongle as well as over Bluetooth 5.0, with support for SBC and AAC codecs. Both wireless and Bluetooth connections can be activated simultaneously, allowing users to customize their Penrose sound settings in real time using the Audeze HQ mobile and desktop app.

Penrose is equipped with Audeze’s 100mm planar magnetic drivers, which is famed for its audio quality. Gamers will also appreciate the broadcast quality mic for chat and streaming, with built-in noise filters that reduce up to 20dB of background noise.

Here’s where it might get a little confusing: there are two models of the Penrose.

The Penrose supports for PlayStation 4 and PlayStation 5 consoles, and Windows and Mac desktops, while the Penrose X is meant for Xbox One and Xbox Series X consoles, as well as Windows desktops. They seem to be identical except for the band of colour around each earcup.

Penrose will retail for US$299 when it launches in September. Audeze is running a pre-order promotion the first 1000 fans, who can snag on at just US$249 at audeze.com/penrose and participating international distributors.

Join HWZ's Telegram channel here and catch all the latest tech news!
Our articles may contain affiliate links. If you buy through these links, we may earn a small commission.
Previous Story
Apple may ship new braided USB-C to Lightning cable with the iPhone 12
Next Story
Oppo to introduce 125W charging for smartphones on 15 July