The ASUS ZenFone AR with 8GB RAM and 128GB storage is coming to Singapore on 5th August 2017, at a recommended retail price of S$1,198. It will be available at ASUS Concept Stores, M1 shops, and online retailer Hachi.Tech. 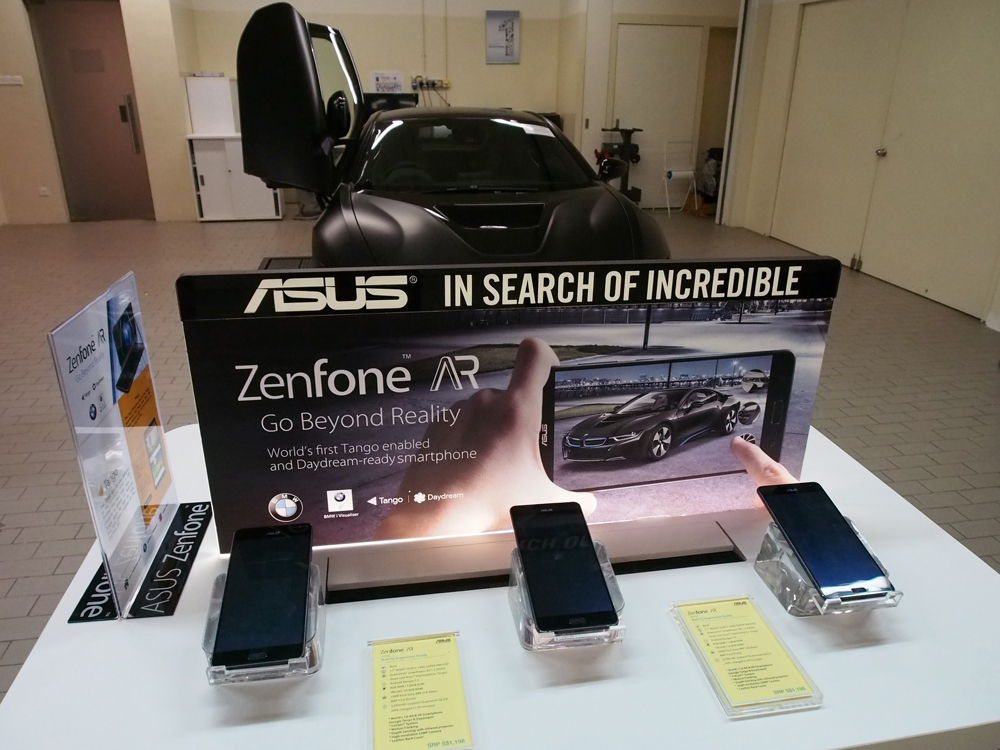 In a nutshell, the ASUS ZenFone AR is the world’s first phone to have both Google’s AR software, Google Tango, and Google’s VR support, Google Daydream. The ZenFone AR powers all this with a generous 8GB RAM, along with 128GB of internal storage. Its chipset is the Qualcomm Snapdragon 821, a SoC from the yesteryear. More of these details have been discussed in our hands-on coverage from January 2017. 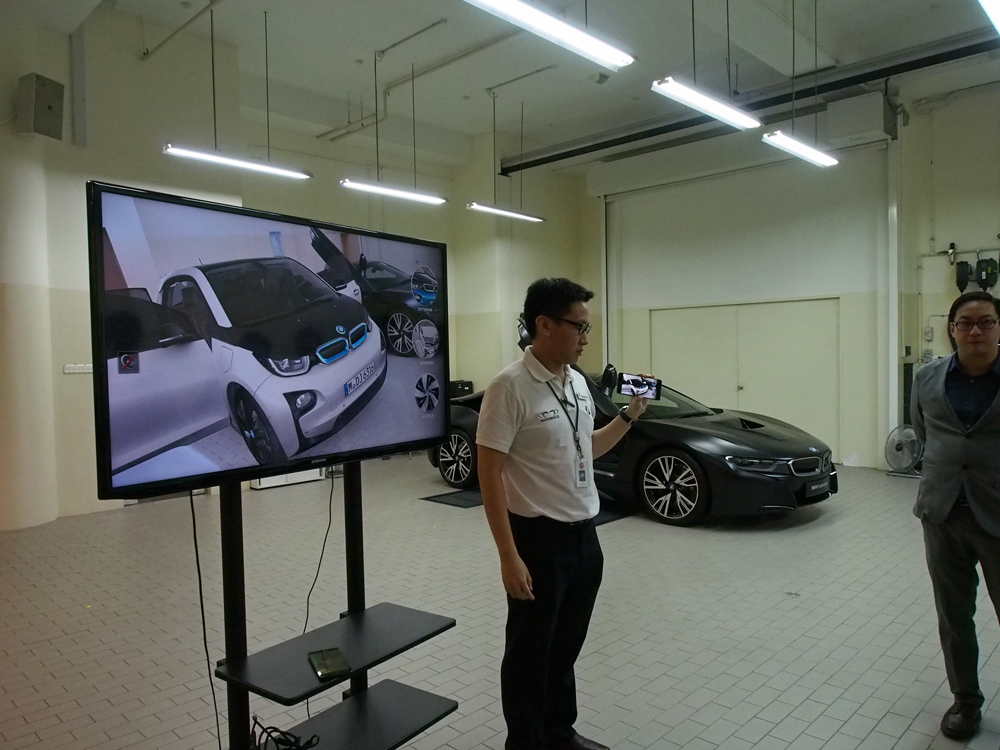 While the parked BMW pictured above is not included with the phone, ZenFone AR users can look forward to the official BMW i Augmented Reality Visualiser app. It’s the poor man’s version of interacting the BMW i3 or the i8, should you lack the chance to see a real one at a car meet. You can recolor the vehicles’ interior and body, while you explore its innards and its undercarriage. The app is specially designed to be as life-like as accurate as possible – down to each individual button on the dashboard. 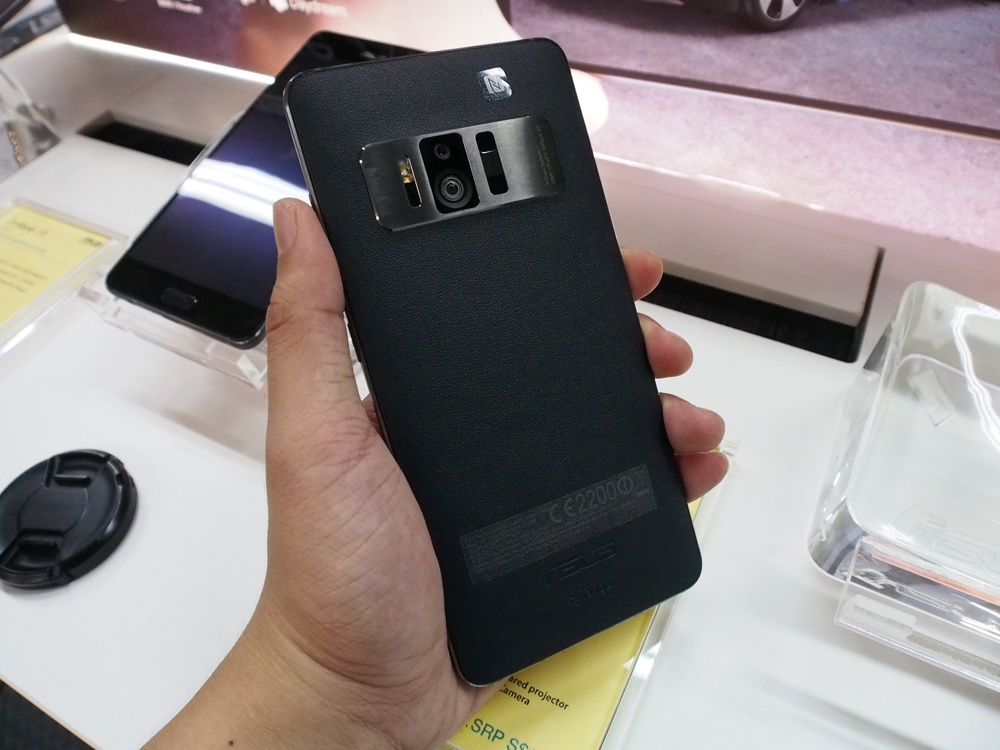 The app, like all other Tango-related ones, is powered by Google Tango software, along with the supporting hardware that ASUS dubs as the TriCam system – a 23-megapixel rear camera that’s assisted by an infrared depth sensor and a motion-tracking camera.

This is also the second phone on the commercial market to push out Google Tango. The first is none other than the Lenovo Phab 2 Pro, which we’ve reviewed here. 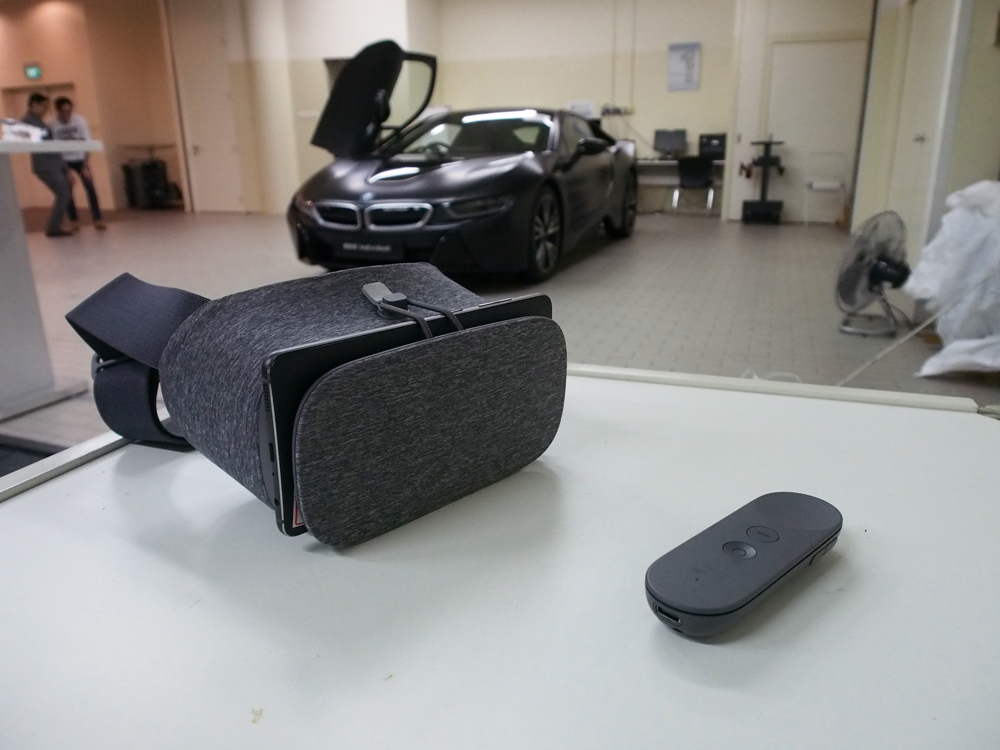 The 6GB RAM variant of the ASUS ZenFone AR will not be making its way to our shores yet, according to an ASUS Singapore spokesperson.

Join HWZ's Telegram channel here and catch all the latest tech news!
Our articles may contain affiliate links. If you buy through these links, we may earn a small commission.
Previous Story
Google squashes 20 apps from Play store for recording calls, stealing e-mails and texts
Next Story
These are the first 3D renders of Google's upcoming Pixel 2 smartphones