ASUS ZenFone 8 comes to Singapore on 28 May, pre-orders available

ASUS ZenFone 8 comes to Singapore on 28 May, pre-orders available 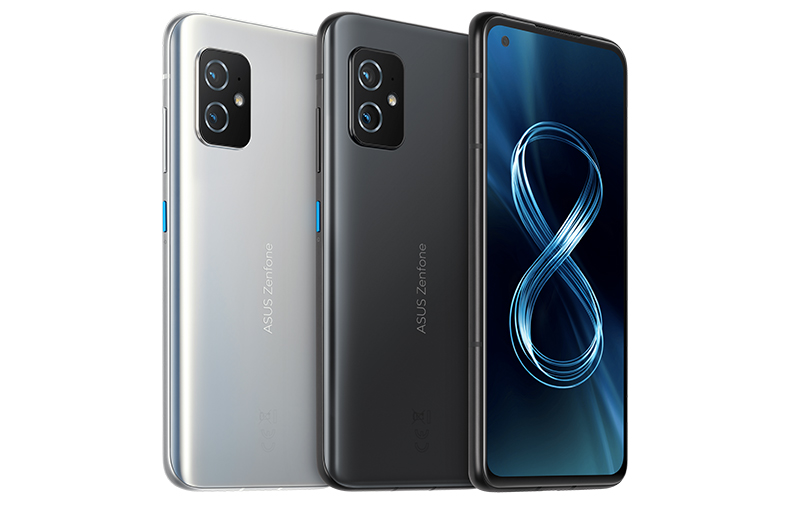 Almost three years have gone by since ASUS officially brought a mainline ZenFone smartphone to Singapore. While the Taiwanese brand stayed active here with its flashy and powerful gaming phone series (with the latest being this year's ROG Phone 5), there's now the ASUS ZenFone 8 for people who like pocket-sized power.

The main draw of the ZenFone 8 is how much it offers for a device of its size. In a time where just about every notable Android phone crosses the 6-inch display threshold, ASUS decided to satisfy a niche where you can get flagship-grade performance just under 6 inches. It is by no means small, but it's a different proposition from every other major Android phone released.

ZenFone 8 packs the Qualcomm Snapdragon 888 chipset, but it has a 5.9-inch AMOLED display in a body under 150mm tall and 70mm wide. Being a flagship that's largely operational with just one hand is exactly what the ZenFone 8 hopes to achieve.

Homing in on the compact sell is One-Handed Mode - ASUS's take of the iPhone's Reachability feature. By dragging a finger down the side of the display, the ZenFone 8 would reduce the size of the windows, bringing the controls within easy reach. One-Handed Mode also allows customisation based on the height, so you can have the very top elements of your app brought mid-way or all the way down for an easier time. Given the phone's slightly smaller than usual screen size, it remains to be seen if these features have any use on the ZenFone 8. Nevertheless, they're useful features that we can consider as new UI features that can be expected in all new ASUS phones.

It's not just about its size...

Despite its stature, ZenFone 8 tries its best to pack several must-have features for flagship phones. The display has 120Hz refresh rate and 240hz touch response rate, and it's also HDR10+ certified and protected with Corning Gorilla Glass Victus. Sure, it's at FHD+ (2,400 x 1,080 pixels resolution), but that's offset with the smaller display with a resulting pixel density of 445 PPI. The display also boasts 112% coverage of the DCI-P3 gamut, and 151.9% of sRGB colours, making it fully sufficient for users who demand colour accuracy in their smartphone's panels.

Underneath, the phone has LPDDR5 RAM (6,400Mbps) and UFS 3.1 storage. Together with its chipset, the ZenFone 8 offers 16% faster RAM performance compared to conventional LPDDR5 RAM, 25% faster CPU performance than previous generation chipsets, and up to 35% increase in GPU performance based on ASUS's testing.

In the camera department comes dual rear cameras. There's a feature-loaded 64MP main camera packing a Sony IMX686 sensor (with OIS, 2x1 OCL PDAF, Quad Bayer 4-in-1 pixel binning, 2x digital crop zoom at 16MP), and a 12MP ultra-wide with Sony IMX363 that also doubles as a macro shooter (4cm focusing distance). The front lens is no slouch either, with a 12MP shooter and Sony IMX663 sensor for sharp-looking selfies.

Even more features to be delighted about...

A big deal of the ZenFone 8's performance also lies in its battery technology. Its 4,000mAh capacity supports multiple fast-charging profiles like PD and Quick Charge, on top of offering a 30W HyperCharge adapter in the box. Battery management tools are also included, like Steady Charging (no aggressive fast charging in exchange for battery longevity), Schedule Charging (charges only during certain times of the day), and Charging Limit (for users who want to limit to 90% charge to keep the battery happy).

What's also interesting is ASUS's attention to audio. Not only does the ZenFone 8 come with a 3.5mm audio jack, but its built-in dual stereo speakers are also backed by the same amplifiers on the ROG Phone 5 - Cirrus Logic CS35L45. The phone supports Qualcomm Aqstic and Hi-Res Audio codecs, too. All these perks are next to other optimisations, like Frequency Response Correction and Bass Enhancement.

What's the downside with a smaller frame?

Having a compact body would naturally lead to compromises in the phone's feature set. The ZenFone 8 doesn't pack wireless charging or a telephoto lens for its rear cameras. ASUS felt that the 3.5mm audio jack, a larger battery, and other niceties are worthy trade-offs - for example, the ultra-wide-angle was the secondary camera of choice because it was more frequently used on its previous phones. So, the telephoto had to go if the 3.5mm audio jack was to make its way onto the ZenFone 8. Also, the dual nano-SIM card tray doesn't accommodate microSD cards, so you'd be relying on internal storage with the ZenFone 8.

Pre-orders of the phone entitles customers to a free ASUS x RhinoShield Solidsuit Phone Case (worth S$39, while stocks last). The phone officially retails on 28 May 2021. The 8GB RAM variant is available in Horizon Silver and Obsidian Black, while the 16GB RAM model only has Obsidian Black.

Join HWZ's Telegram channel here and catch all the latest tech news!
Our articles may contain affiliate links. If you buy through these links, we may earn a small commission.
Previous Story
Singapore employees want to continue with remote work Microsoft study says
Next Story
Vivo announces X60's and X60 Pro's Singapore pricing and availability