ASUS ZenBook Duo and Pro Duo are a dual-screen dream 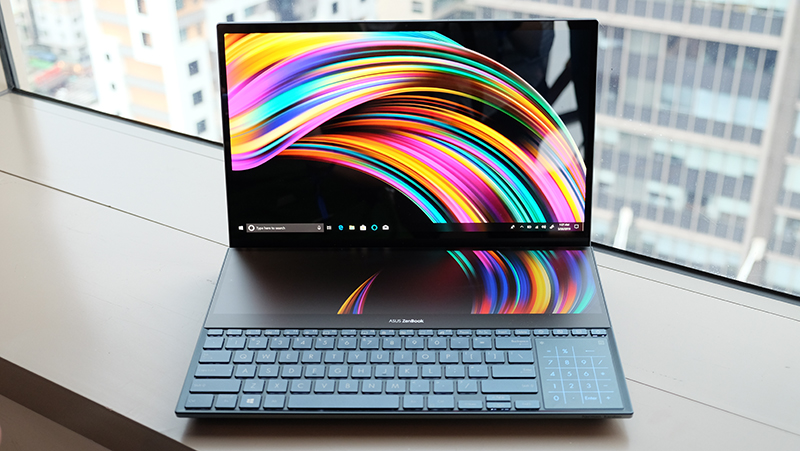 To artists, designers and other creative professionals, their laptops and workstations are their bread and butter, and in such a dynamic and rapidly evolving industry, they’ll need one that can keep up with the pace.

So, it goes without saying that the ASUS ZenBook Duo (UX481) and the Pro Duo (UX581) variant fit the bill. But why is that so? For a start, let’s look at their inbuilt ASUS ScreenPad Plus.

Covering all your bases 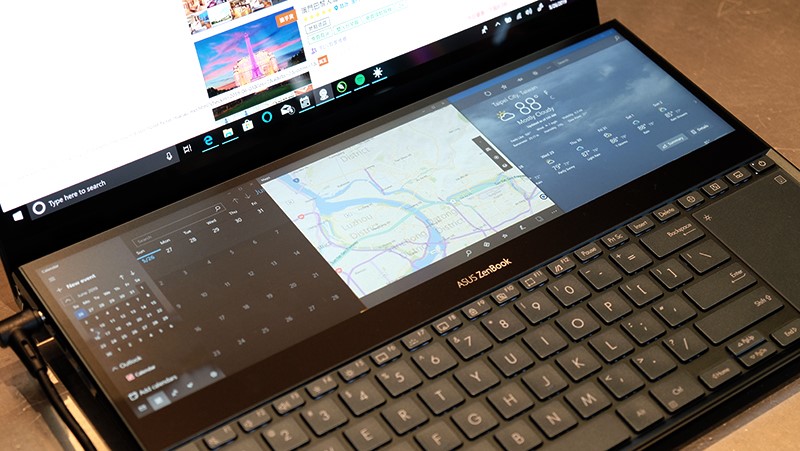 Arguably the ZenBooks’ most defining trait, the ASUS ScreenPad Plus is more than just additional screen real estate; it also helps increase productivity in the long run! For example, if we were to add up all the seconds users spent switching tabs, chances are they could have completed another task with that amount of time. As such, ASUS gives you an accessible solution with the ScreenPad Plus to do everything at once.

It’s made for people with many simultaneous projects, which includes designers, artists, programmers and so on. Multitasking without compromising focus is the name of the game; the second screen is especially useful if they need to refer to a template while sketching or editing, plus it allows them to act on moments of inspiration for other projects while keeping their primary one active.

Of course, it’s not just a glorified touchscreen, either. Normally, you’d expect to be using either the interactive menu function or the regular touchpad at any given time, but ASUS has taken that one step further. Yes, that’s right - users can use both at once! For added convenience, there’s also the App Navigator, adding yet another way for users to keep track of their to-do list with ease. 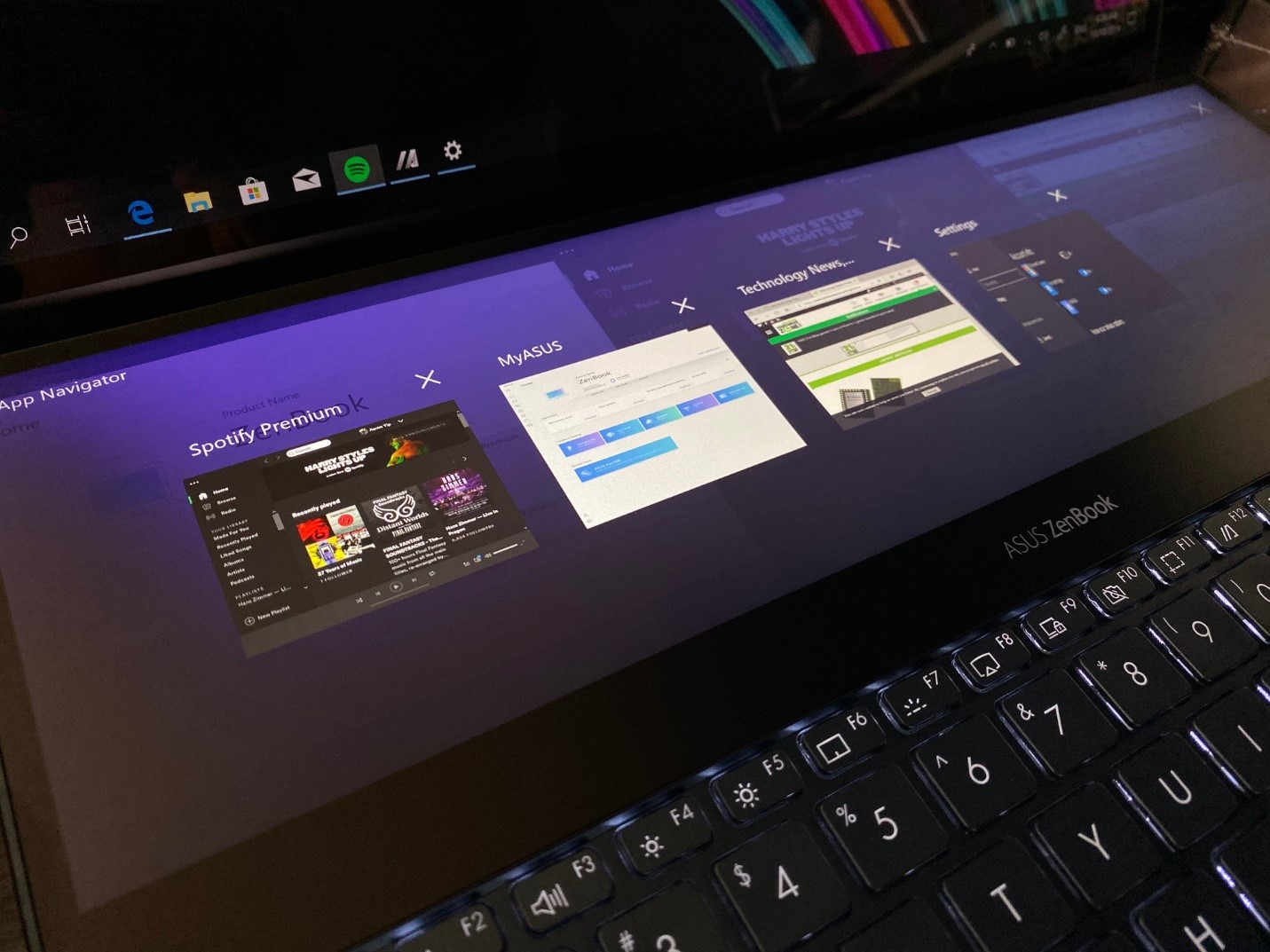 Apart from creatives, gamers will probably appreciate the second screen as well. Picture a scenario where you’re lost in a dungeon and need to Google the escape route. Repeatedly pressing Alt - Tab to switch between the walkthrough and game can be tedious, not to mention it can also slow down your computer, so why not have the game on one screen while you follow the exit route on the second? 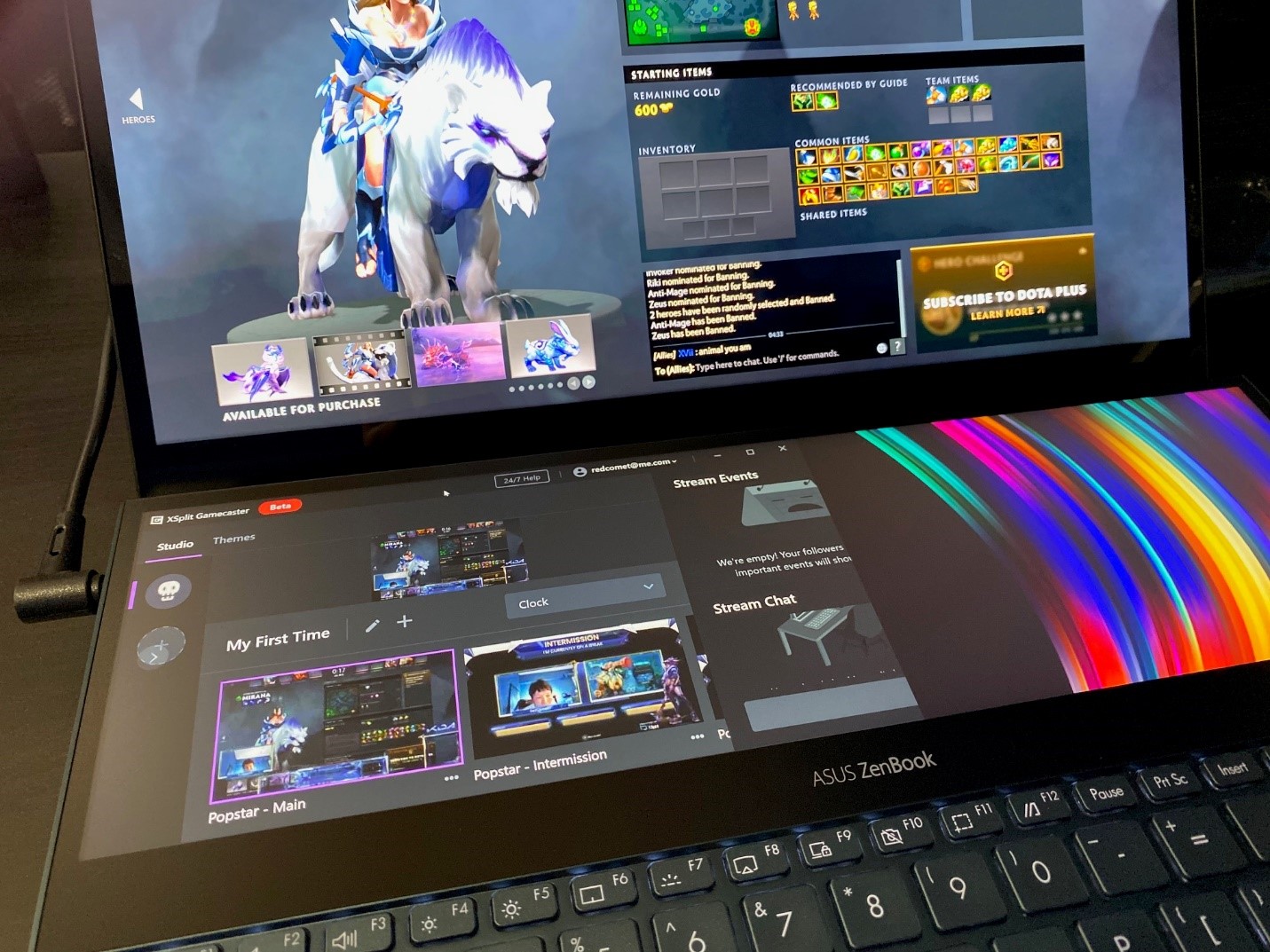 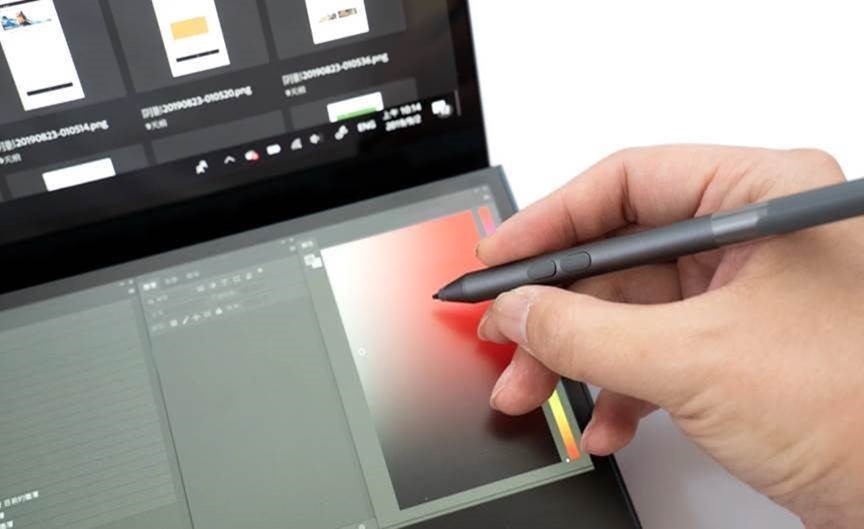 Just like screen real estate, the pair’s audio systems are also top-notch. The signal processors in both laptops are from Harman Kardon, which means real-time adaptive audio adjustments, crystal clear audio clarity and intelligent noise filtering, among other perks. So, whether it’s playing “Happy Birthday” off a YouTube video or enjoying Beethoven’s Moonlight Sonata, the ZenBooks will do more than just fine. 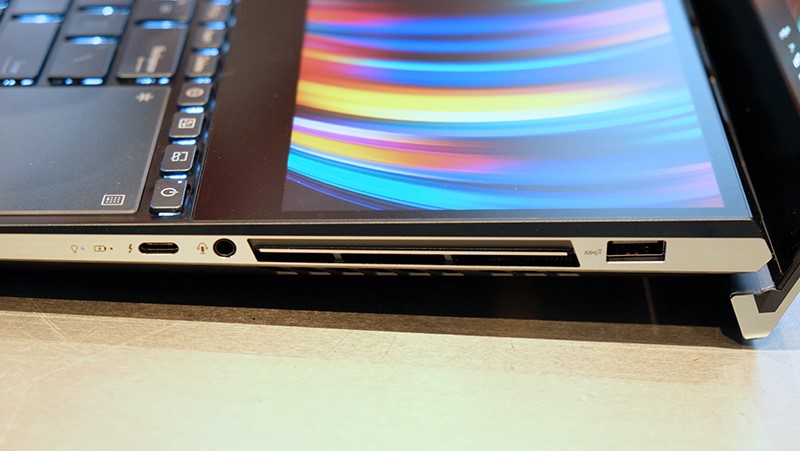 However, even good audio needs a set of equally amazing visuals to accompany them. The ZenBooks’ actual screens are no slouch - they’re Pantone Validated displays. The larger Pro ZenBook Pro Duo notebook also comes packed with a 100% DCI-P3 wide colour gamut screen, while the Duo sports a 133% sRGB colour coverage within an all-new NanoEdge Display - reducing the width of the bezels such that they’re almost non-existent. This translates to more immersive cinematic experiences - perfect for Netflix and movie lovers.

Of course, the ZenBook Pro Duo and ZenBook Duo aren’t carbon copies of each other. The former ships with a 15.6-inch Ultra HD 3840 x 2160 IPS Touch Display, while the latter, though smaller, still brings the market standard screen to the table: a 14.0-inch Full HD 1920 x 1080 Display.

Granted, the latter doesn’t include touchscreen capabilities, it's a good trade-off to bring better value to executives as they might not rely on it as much compared to professional designers, given their work includes more note-taking than on-the-spot sketching and handling 3D models.

ASUS hasn’t forgotten about gamers too. Both laptops also come with gaming-grade NVIDIA GeForce graphics processors - the Pro Duo sports an RTX 2060 with 6GB GDDR6, while the smaller Duo runs an MX250 with 2GB GDDR5. They’re excellent options for their respective models that would allow the Pro Duo to render almost any current-gen games, while the Duo edition is more than capable of tackling several common multiplayer and esports titles, much less any ad-hoc presentations or video streaming requests that come up.

It is what’s inside that counts 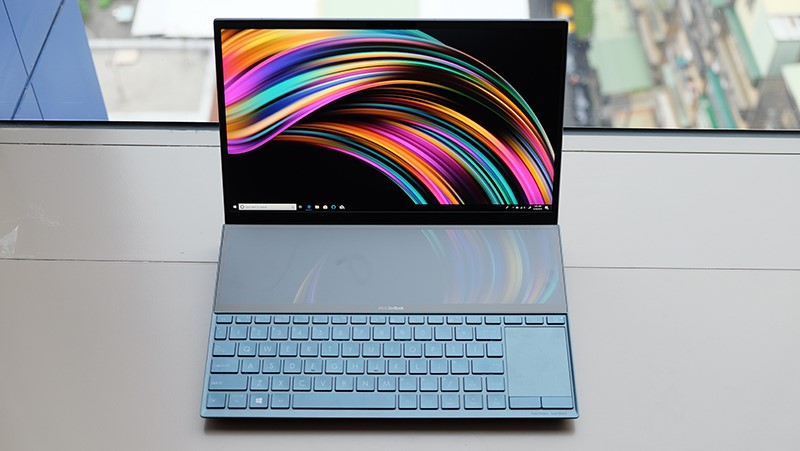 With regards to their processing platform, ASUS didn’t skimp on the internal works too. The ZenBook Pro Duo uses a 9th-gen Intel Core i9-9980HK processor clocked at 2.4GHz, while its smaller sibling packs a 10th-gen Intel Core i7-10510U Processor that runs at 1.8GHz. Both processors can also automatically boost to 5GHz and 4.9GHz respectively depending on the workload at hand, which is definitely handy since creative apps are often heavy-duty software.

On an added note, all these internal “heavyweights” don’t transfer to the exterior at all. The Pro Duo weighs in at a mere 2.5kg and the Duo comes in even lighter at 1.5kg, so users won’t have to worry about carrying anything substantial on the go.

Overall, describing the new ZenBooks is easy - they’re well suited for executive and casual use, but work best in the hands of creatives. So, whether it’s rushing out a design, or simply experimenting with them on a whim, the ZenBook Pro Duo and ZenBook Duo are sure to come through.

Our articles may contain affiliate links. If you buy through these links, we may earn a small commission.
Previous Story
Gigabyte's Aorus RTX 2080 Ti Gaming Box is an external GPU dock with liquid cooling
Next Story
November's PlayStation Plus free games are Nioh and Outlast 2