Best of both worlds: ASUS’ new ZenBooks are a cut above the rest 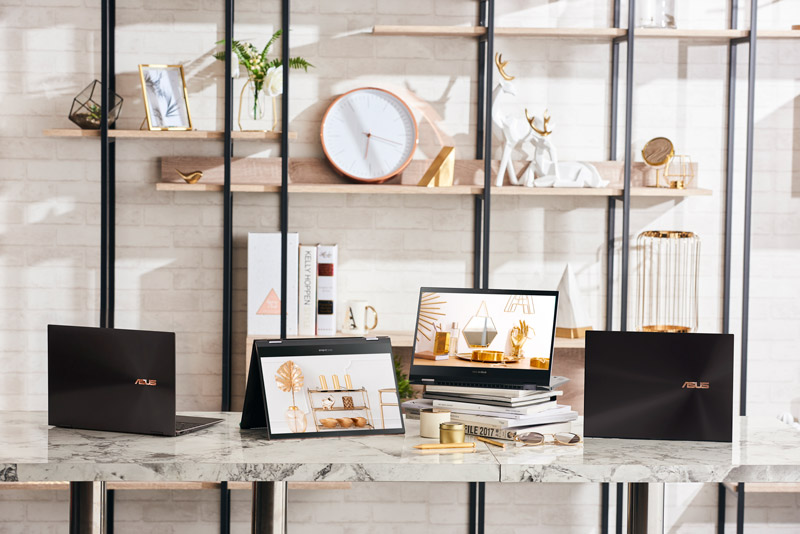 After many months of prudent spending, you’ve finally saved up enough money and decided to get yourself a shiny new laptop. That’s great to hear, but you can’t shake the feeling that perhaps a tablet would be a better option instead. It’s a tough decision indeed, so here’s where we introduce ASUS’ newest additions to their range of laptops.

First up is the convertible ZenBook Flip series, which blends the immense convenience of a tablet with the versatility of a laptop. And then there’s the ZenBook 14 series, which trades the added utility of a convertible for unparalleled portability. Having more laptops to choose from is always well and good, but you’ll also need to know what you plan to do with your new ZenBook! After all, there’s always a right tool for any job, and we’re here to help you figure that out.

ZenBook Flip: It’s not just a tablet, nor a laptop 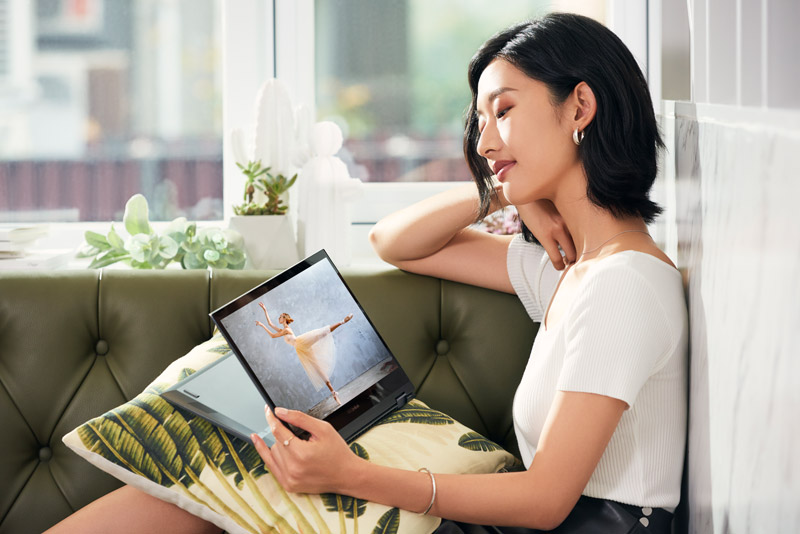 Our first train stop is for the artists, graphic designers and basically anyone who likes to create on a whim. In that case, perhaps the two ZenBook Flip models, namely the Flip 13 and the Flip S are the ones best suited for you. Equipped with the latest 11th-Gen Intel Core i7 processors and Iris Xe graphics on top of jaw-dropping battery life (ASUS claims 14 hours and 15 hours for the Flip 13 and Flip S respectively), they’re a great fit for those who need to sketch, plan or jot down stuff on the fly. Additionally, the ZenBook Flip S is also one of the first notebooks to be Intel Evo verified, adhering to Intel’s strict design and power efficiency specifications for manufacturers like ASUS. 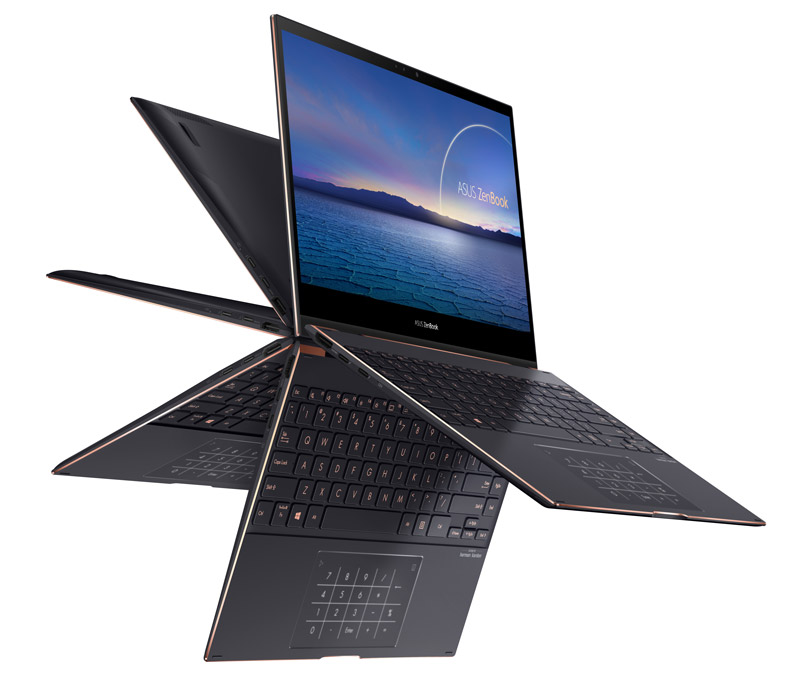 However, it’s the duo’s 360-degree ErgoLift hinge that really emphasises their versatility, as Its butter-smooth manoeuvrability and step-less action allows you to tilt the ZenBook in a variety of positions depending on the situation. For instance, you can put it in a ‘Tent and Stand’ mode that’s great for viewing content in confined spaces. Additionally, it also features Wi-Fi 6 and the ASUS’ WiFi Master technology, ensuring you are always connected to the speediest and most stable Wi-Fi networks.

But what about other professional tasks? That is accounted for as well. Both Flip laptops feature numerous supplementary inclusions, including AI noise-cancelling audio technology for uninterrupted video conferences, a full suite of I/O ports including two Thunderbolt Type-C ports (a rare sight for slim and light laptops) that can be used to charge your device in a pinch, as well as an edge-to-edge keyboard with built-in ASUS Numberpad 2.0. The latter is one of the most impressive and practical tools to have on a laptop - it’s an integrated LED-illuminated trackpad that also doubles as a keypad, and makes it easy to quickly key in digits as opposed to slowly picking them out from the top of the keyboard. 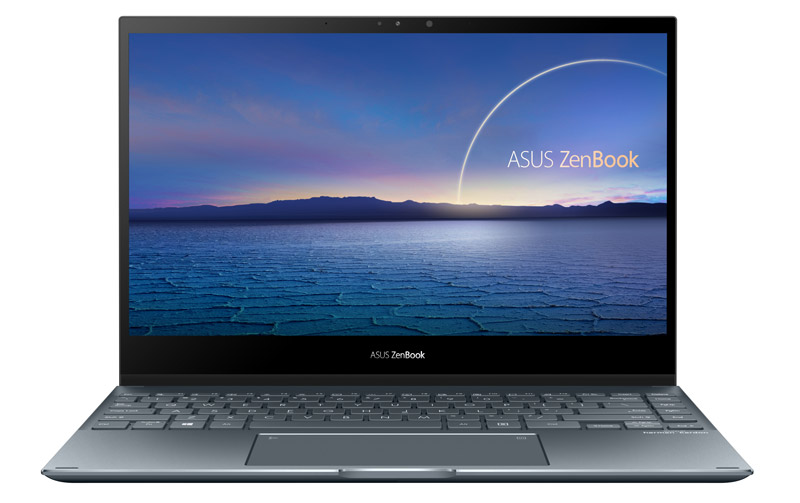 Finally, rounding out the duo’s extensive suite of productivity tools is the nifty ASUS Pen, which features 4,096 levels of pressure sensitivity and ensures your digital drawings always come out pixel perfect.

Which Flip is ideal?

So, what’s the difference between the Flip 13 and the Flip S? That would be in terms of their displays and weight. Fundamentally, the duo both sport the same silky-smooth NanoEdge-enabled displays and a sleek form factor, with the Flip 13 weighing just 1.3kg and featuring a Full HD Touchscreen display.

Meanwhile, the Flip S is a whisker lighter at just 1.2kg, and instead sports a 4K OLED Touchscreen display that’s PANTONE-Validated with a 100% DCI-P3 colour gamut. For content creators, these are key as it ensures colour accuracy and if you have a PANTONE-calibrated printer, will give the assurance that what you see on the screen is exactly what you will get in your printout.

Speaking of which, the Flip S’ screen is perfect for extensive drama streaming as well, as it features TÜV Rheinland eye care certification and high colour accuracy even in low brightness, keeping optical strain to a minimum.

Need something even more portable? Enter the ZenBook 14

Alternatively, if you’d prefer a more conventional laptop without the convertible features of the ZenBook Flip models, then perhaps you might want to look at the other side – the ZenBook 14 series. Like the Flip series earlier, there are also two models here, the ZenBook 14 ScreenPad (UX435) and ZenBook 14 Ultralight (UX435EGL), and their model names speak for themselves. 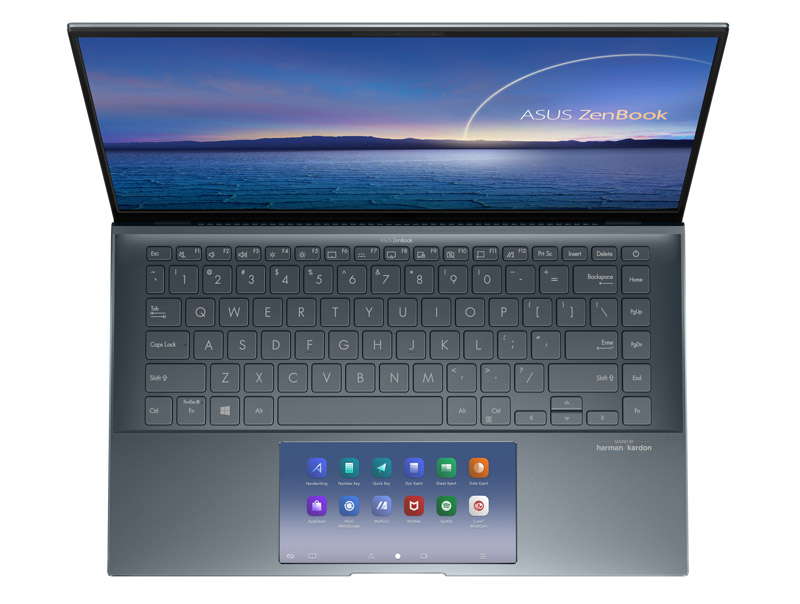 You see, a combination of mobility and portability is the name of the game with the ZenBook 14 laptops, and they have got the numbers to prove it. The 'vanilla' ZenBook 14 ScreenPad (UX435) weighs in at a mere 1.2kg, but it’s the ZenBook 14 Ultralight (UX435EGL) variant that really dazzles with its astonishing 0.99kg – making it one of the lightest ultraportable-class laptops around that even packs a discrete GPU. It’s already an impressive feat being able to condense a laptop’s worth of machinery into such a lightweight frame, but what sweetens the deal is that they’ve got the power to match as well.

Both models come with many of the same features as their Flip series cousins, such as 11th-Gen Intel Core i7 and boast NanoEdge displays. The ZenBook 14 Ultralight (UX435EGL) features the ASUS Numberpad 2.0 trackpad too. The ZenBook 14 ScreenPad (UX435), however, differs slightly from its sibling here, as it comes with ScreenPad 2.0 with ScreenXpert, a multifunctional application that further enhances the touchpad’s versatility, allowing users to input handwriting, access shortcuts and even create PowerPoint slides. 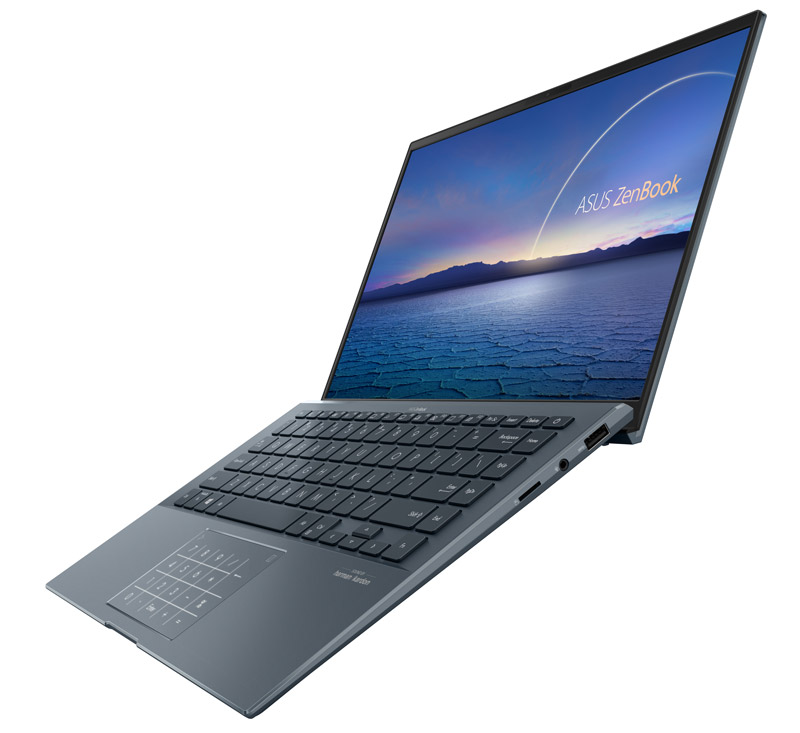 For graphics and displays, both laptops here are powered by the NVIDIA GeForce MX450 graphics processors and feature 14-inch Full HD display (the ZenBook 14 ScreenPad’s display also has touch-screen capabilities). As for supplementary additions, there is the aforementioned AI noise-cancelling audio technology, Wi-Fi 6, ASUS WiFi Master technology and the same suite of I/O and Thunderbolt Type-C ports as the Flip series laptops. Zooming out, this duo offers a well-rounded package that is more than enough for your standard office productivities, content creation and even the occasional light gaming.

Granted, the ZenBook 14 ScreenPad (UX435) and ZenBook 14 Ultralight (UX435EGL) do lack the Flip series’ unique ability to flip (pun intended) between a tablet and laptop, but they make up for it with extreme portability without compromising on power – the laptops’ light weight makes it almost “invisible” in your bag.

To round it up, here's a quick look at each laptop's key specifications:

So, which ZenBook are you?

For more information on pricing, check out the official ZenBook Flip series and ZenBook 14 series pages: