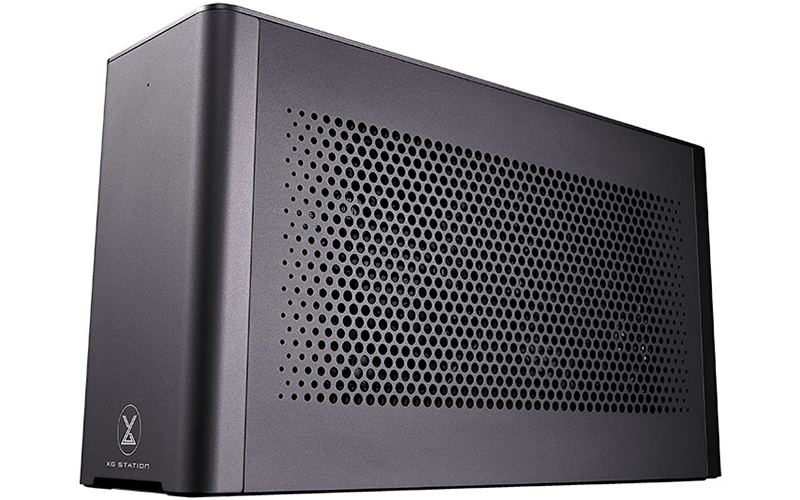 ASUS has taken the wraps off an external Thunderbolt 3 graphics dock designed specifically for creative professionals. While the XG Station 2 caters unabashedly to gamers with its see-through side window and plasma tube, the XG Station Pro goes the other way with a simple, industrial design that doesn’t draw attention to itself.

There’s no side window this time, and the space gray aluminum chassis by In Win will match up well with something like the MacBook Pro. A dock like this has been a long time coming, as it’s not just gamers that can use the extra graphics processing heft.

Creative types who work with photo and video editing, 3D modeling, and CAD can benefit as well, and the XG Station Pro will take cards as powerful as the NVIDIA GeForce GTX 1080 Ti and AMD Radeon RX Vega 64.

That said, it’s compatible with 2.5-slot cards starting from the GeForce GTX 900 and Radeon R9 series and up, so you’ll have quite a few options to work with. However, macOS Sierra will only take AMD Vega GPUs. 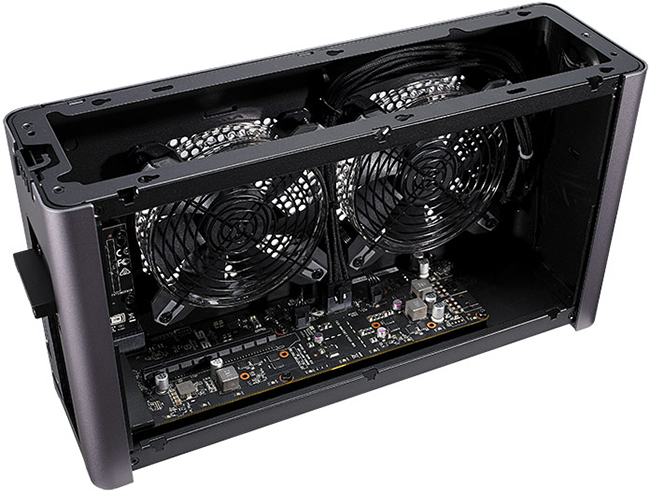 ASUS also moved the power supply out of the main chassis to further reduce its footprint, and it measures just 375 x 107 x 205mm. The power supply itself is borrowed from the liquid-cooled ROG GX800 laptop, and the 330W unit is capable of keeping up with even the more powerful cards, which are powered via the PCIe slot and the dual 8-pin power connectors.

It may have been easier to have the chassis house both the card and power supply, but an external PSU also has the benefit of moving a major heat source out of the chassis and allowing the GPU to run cooler.

Dual 120mm exhaust fans on the right remove hot air from the case, while the card pulls in cool air from the intake on the left. The intake is also aligned with the typical orientation of fans on a regular card for better cooling efficiency, and there’s a removable dust filter to keep the detritus of your life out of the chassis.

If you’re worried about fan noise, the good news is that the chassis fans only turn on when the internal temperature exceeds a certain threshold, so they’re completely silent when you’re just browsing the web.

That said, you can adjust the fan profile to your liking should you want more aggressive cooling. 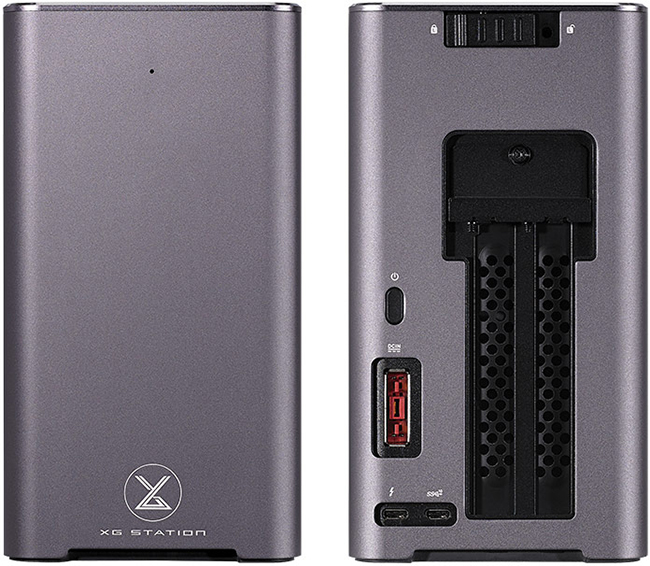 The dock will work with any Thunderbolt 3 laptop that supports external graphics in their BIOS, but it also comes with an additional USB 3.1 (Gen 2) Type-C port for high-speed drives and other peripherals. This port can also deliver up to 15W of power for charging.

As it turns out, the XG Station Pro isn’t that plain either. The interior is illuminated by a soft white glow by default, but this can be customized using ASUS’ Aura Sync software and synchronized with compatible ROG graphics cards.

Join HWZ's Telegram channel here and catch all the latest tech news!
Our articles may contain affiliate links. If you buy through these links, we may earn a small commission.
Previous Story
Microsoft’s Surface Studio and Surface Dial are now available for pre-order here
Next Story
Apple reveals pre-order and retail availability dates for the HomePod speaker