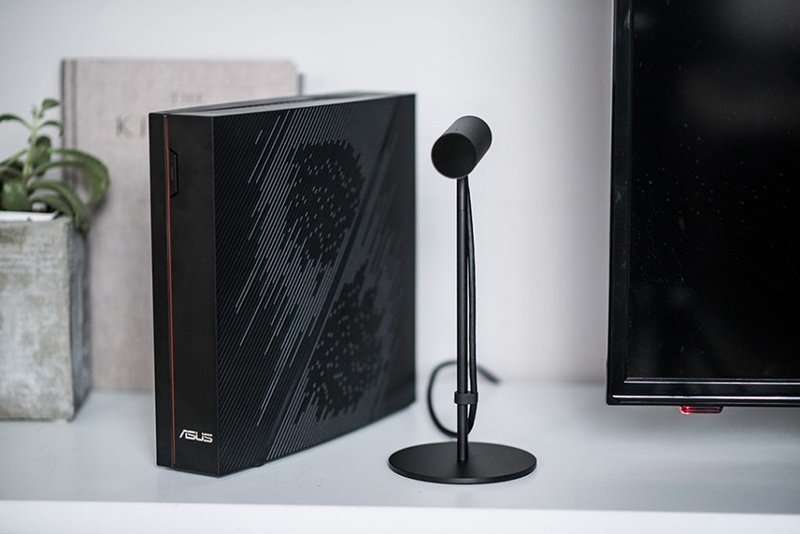 Smaller, faster, and more powerful. The steady drumbeat of progress continues, and it’s become increasingly clear that you don’t need to have a hulking tower PC to be ready for VR. ASUS recently unveiled the VivoPC X M80, a mini desktop PC that packs the hardware to handle VR games.

And because the two main PC-based systems today – the Oculus Rift and HTC Vive – still require you to be tethered to a desktop, the portability of the VivoPC X may come in handy. In addition, you’ll have the flexibility to move the 2.2kg machine around and connect it to different monitors or take it to a LAN party.

It is only 280mm tall and 76mm wide, so it is also a good fit for space constrained homes.

There is a decent selection of ports for a machine so small, and you’ll get four USB 3.0 and two USB 2.0 ports on the rear. For video output, the VivoX PC has two HDMI and one DisplayPort connector.

However, cooling is often the main concern with such diminutive systems, and ASUS has installed an axial fan that draws cold air over a heatsink and dumps hot hair out through vents at the side. On top of that, there is a copper heatpipe to draw heat away from the CPU and prevent performance throttling.

Join HWZ's Telegram channel here and catch all the latest tech news!
Our articles may contain affiliate links. If you buy through these links, we may earn a small commission.
Previous Story
All the AMD AM4 motherboards you can buy here
Next Story
Tag Heuer teases upcoming product announcement on 14 March