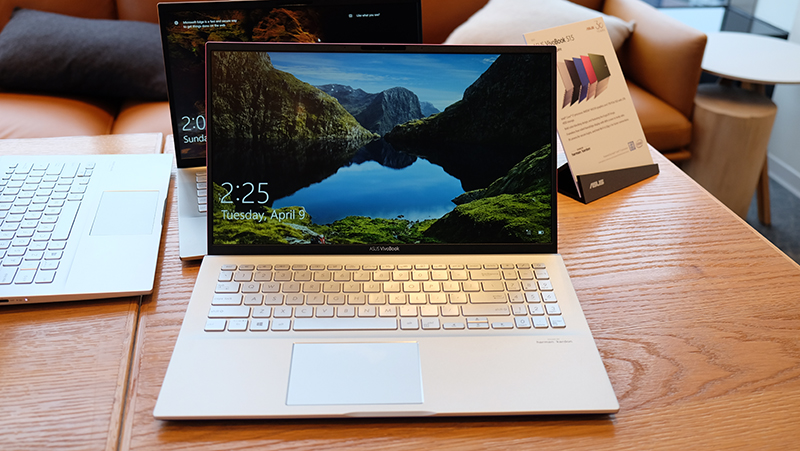 ASUS today announced updates to its VivoBook S14 and S15 laptops, a series of laptops that aims to appeal to the mainstream market with fun colors and affordable prices.

The new VivoBook S14 and S15 are available in a range of youthful color-blocking designs, including Moss Green, Punk Pink, Cobalt Blue, Transparent Silver, and Gun Metal. Each color also features complementing accents to add a bit of extra flair to the overall look.

The biggest upgrade is probably the addition of ASUS' ScreenPad 2.0, a larger version of the ScreenPad the company first introduced on last year's ZenBook Pro. The 5.65-inch trackpad on the notebook basically doubles as a second screen, but it's now larger and longer than its predecessor. This isn't to be confused with the ScreenPad Plus on the new ZenBook Pro Duo and ZenBook Duo though, and the secondary display on those laptops span the entire width of the primary screen. 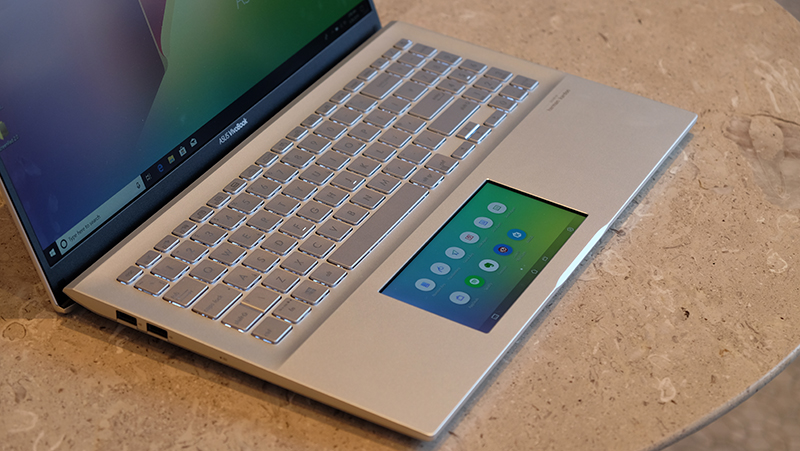 The ScreenPad 2.0 display is the same as the ones on the new ZenBook 13, 14, and 15. It is powered by ASUS' ScreenXpert software and features a new interface modeled after the UI on smartphones, which ASUS says makes it more intuitive to use. It also offers a handful of built-in utilities, such as Quick Key for one-tap automation of complex keyboard sequences, Handwriting for natural text input, and Number Key if you need a number pad.

In addition, third-party developers will be able to use the ASUS API to take advantage of the ScreenPad 2.0 and enable use cases more suited to the context of individual apps.

More importantly, using the secondary display doesn't involve draining as much battery as before. According to ASUS, the previous ScreenPad was tied to the discrete GPU, so you'd have to power it on every time you used the ScreenPad. That's no longer the case, and the new ScreenPad 2.0 is supposedly far more power efficient since it's been sort of decoupled from the discrete GPU.

Here's an overview of the specifications of both laptops:

However, the VivoBook S14 and S15 will be available in a range of different configurations. While the above configurations list a discrete NVIDIA GeForce MX250 GPU, the laptops will also be available to buy with just integrated graphics.

Elsewhere, the new VivoBooks also feature slim 5.2mm bezels that give them a more compact form factor. They have been outfitted with ErgoLift hinges as well, which elevate the keyboard by 3.5°. Other features include support for Wi-Fi 6, a built-in IR camera for Windows Hello facial recognition, and Harman Kardon-certified audio.

I'll update once there's news on local availability and pricing.