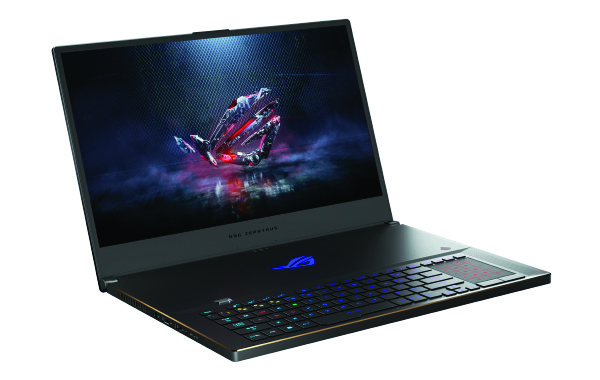 Updated on 24 January 2019: Added details on local price and availability.

ASUS has given the ROG Zephyrus S a thorough update for 2019.

The new model is called the ROG Zephyrus S GX701 and the first big change is the display. It has been upsized from 15.6-inch in the old model to 17.3-inch. Clearly, there's a demand for gaming notebooks with larger displays.

Despite the larger display, ASUS says the Zephyrus S is the world's thinnest 17-inch gaming notebook. Thickness is an impressive 18.7mm and weight is 2.7kg - commendable for a high-end gaming notebook.

Locally, the Zephyrus S GX701 will be available with the following specifications:

The highlight here is obviously the new GeForce RTX class graphics. According to NVIDIA, a notebook with a mobile GeForce RTX 2080 will outperform a system with a desktop GeForce GTX 1080.

In addition, the existing 15.6-inch model has been updated with NVIDIA's new RTX GPUs as well. It will now come in the following configuration:

Join HWZ's Telegram channel here and catch all the latest tech news!
Our articles may contain affiliate links. If you buy through these links, we may earn a small commission.
Previous Story
Microsoft Office is now available on the Mac App Store
Next Story
ASUS refreshes its ROG Strix Hero II, Scar II and ROG G703 gaming notebooks (Updated)