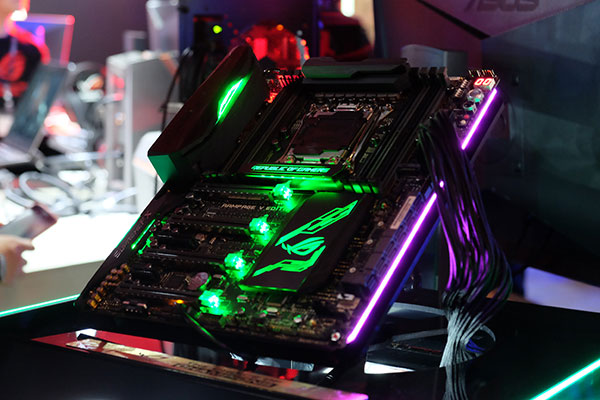 ASUS has announced the ROG Rampage V Edition 10, a new Intel X99 motherboard that has been crammed full of the latest features for enthusiasts and overclockers.

Built to take advantage of Intel’s upcoming Broadwell-E processors, including the 10-core Intel Core i7-6950X, the Rampage V Edition 10 is actually a symbolic refresh to celebrate 10 years of ROG history.

One standout feature is ASUS Aura, an RGB lighting feature that allows you to customize the illumination effects on the board itself using the Aura software. There are actually five separate lighting zones, comprising the PCIe slots, PCH heatsink, I/O shroud, ROG badge, and integrated backplate. What’s more, the different lighting areas are also independently controlled, so you can be assured that the resulting effects are anything but subtle. If you want flashy, this is the board for you.

In addition, the board sports a 4-pin header that can be connected with an external RGB lighting strip to extend the illumination effects to the rest of your case. These effects can be synchronized with the motherboard, and with other hardware and peripherals that support Aura lighting as well, like the ROG Claymore keyboard and Strix GeForce GTX 1080. Alternatively, they can be set to change according to CPU temperature or even your audio output, so they can serve a functional purpose as well. 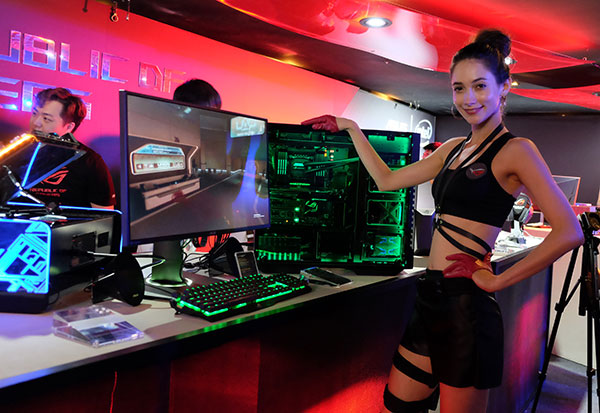 ASUS has also teamed up with manufacturers like CableMod, In Win, DEEPCOOL, BitFenix, and Phanteks to certify RGB strips (up to 2 meters) for use with Aura. Moving forward, gamers will be able to easily identify compatible hardware whenever they see the Aura Ready logo. Clearly, RGB lighting is a red-hot trend in the PC gaming and enthusiast market right now, and ASUS is looking to make the most out of it.

Fancy lighting aside, this is still an overclocking-oriented board at its core, and it comes with technologies like an Extreme Engine Digi+ voltage regulator module (VRM) for smoother and cleaner power delivery, something ASUS calls T-topology to help maximize DDR4 performance, and 5-way optimization for hassle-free overclocking.

There are also the typical features we’ve come to expect on an ROG board, including things like SupremeFX audio, dual Intel Gigabit Ethernet, and GameFirst IV network management software. There are also a couple of fresh implementations, like metal-reinforced PCIe slots and an integrated I/O shield that ASUS says looks better and lasts longer. 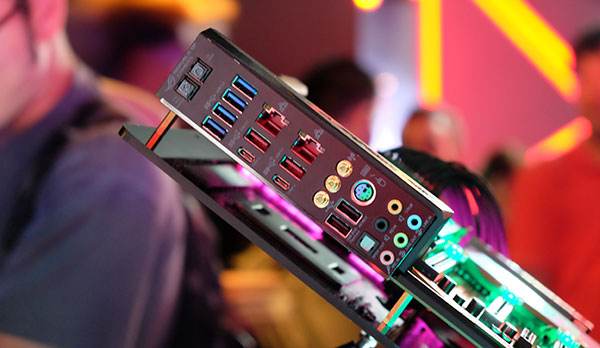 Connectivity options are aplenty as well, and users have access to dedicated M.2, U.2, and USB 3.1 slots (there are four), in addition to wireless networking thanks to a 3x3 Wi-Fi module.

Join HWZ's Telegram channel here and catch all the latest tech news!
Our articles may contain affiliate links. If you buy through these links, we may earn a small commission.
Previous Story
The ASUS ROG GX800 might just be the world’s most insane gaming laptop
Next Story
The ASUS ZenBook 3 looks just like a slimmer and lighter Apple MacBook