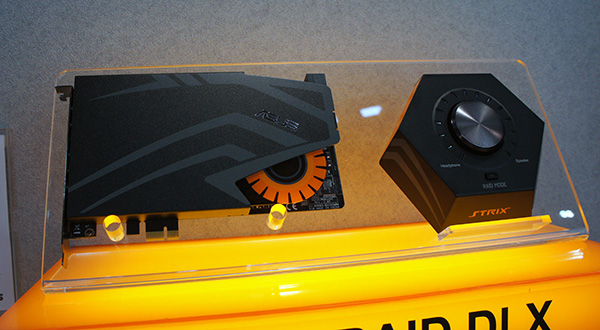 In case you didn't know, ASUS is serious about audio as well. In fact, it even has a range of high-end audiophile-grade desktop headphone amplifiers and USB DACs under their Xonar lineup.

The cards' DAC components are made up of a native PCIe multi-codec HD audio controller that is wired to a high-end ESS Sabre 9006a DLC, with the top-of-the-line Strix Raid DLX model utilizing the more high-end ESS Sabre 9016a DAC. All three cards will also able to drive headphones with impedance ratings of up to 600 ohms.

The Raid Pro and Raid DLX will also come with an external remote control that serves as volume control and also has external ports and jacks for headphones or auxiliary sources. On the controllers is a special "RAID" mode, which is basically a customizable button that can be used to adjust other audio aspects. For instance, the "RAID" mode can be mapped to bass so activating it will allow users to quickly adjust bass levels. 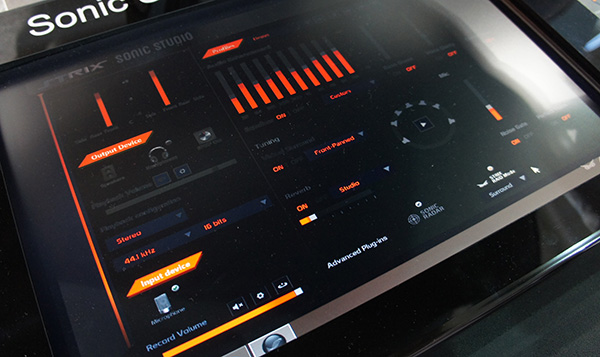 The Strix sound cards also feature ASUS' new Sonic Audio control panel, which has been specially designed for ease of use and quick tweaking. According to ASUS, up to 90% of the Strix cards' features can be easily accessed and managed from the main menu.

Another interesting new feature which FPS gamers will definitely appreciate is Sonic Radar. It is an on-screen radar that shows the direction of where the sound you are hearing is coming from, giving the term "sound-whoring" a whole new meaning.

Join HWZ's Telegram channel here and catch all the latest tech news!
Our articles may contain affiliate links. If you buy through these links, we may earn a small commission.
Previous Story
Creative announces Draco HS880 gaming headset
Next Story
WSJ: Apple's new music streaming service to cost US$10 a month