Note: This article was first published on 6th April 2018. 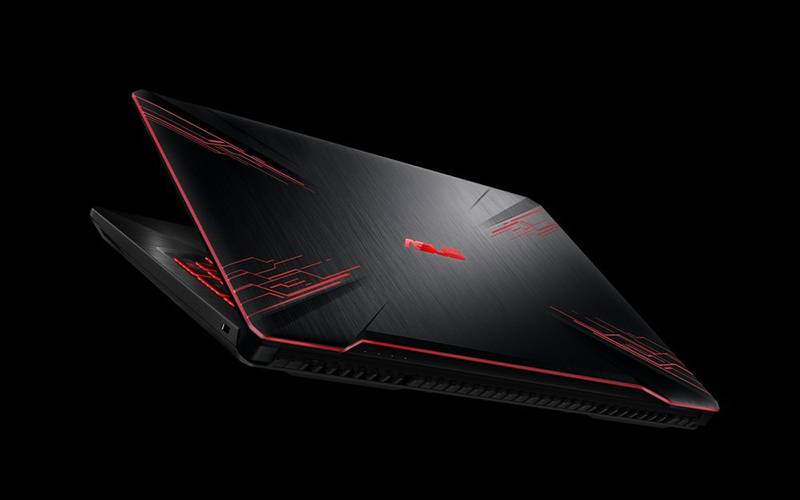 ASUS today announced the TUF Gaming FX504, its first ever TUF Gaming laptop. You may recognize the TUF name from ASUS’ motherboards, but the company is now bringing the brand to its notebook line-up.

Despite the shift in recent years toward a more budget-oriented focus, the TUF motherboards have traditionally been known for their focus on stability and reliability. ASUS is drawing on that heritage with the TUF Gaming FX504, which it says prioritizes stability and durability above all else. 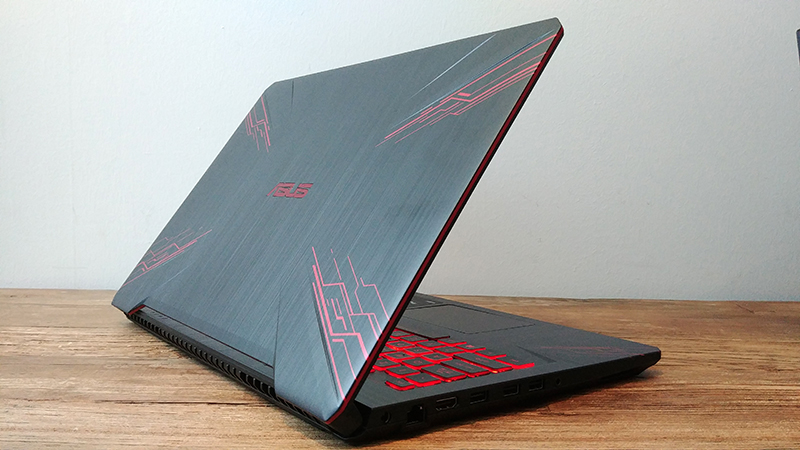 That said, the laptop is equipped with the latest hexa-core 8th-generation Intel Core processors, but it features a more modest GPU in the form of the NVIDIA GeForce GTX 1050 and 1050 Ti.

Here’s a look at its specifications:

The video below shows off four different SKUs, but only the above two will be available locally.

ASUS says its TUF Gaming laptops were designed to last longer than your average laptop. Central to its claim is the thermal design of the TUF Gaming FX504, which supposedly prolongs the lifespan of the notebook by keeping crucial components cool during intense gaming sessions.

This HyperCool technology, as ASUS calls it, pairs an anti-dust system with something called Fan Overboost. The anti-dust system expels dust and dirt through two dedicated tunnels to prevent build up in the thermal fins, which could hamper heat dissipation. On the other hand, the Fan Overboost function offers three different modes with varying combinations of cooling performance and noise levels.

The laptop relies on a dual-fan system to cool the CPU and GPU independently, while two copper heat pipes channel heat to the thermal fins and away from crucial heat-generating components.

In addition, ASUS says it deliberately placed a fan below the WASD key cluster to ensure that the area doesn’t get uncomfortably warm while gaming. The keyboard itself is also rated for up to 20 million key presses, and each key delivers a 1.8mm travel distance for a more tactile experience.

Finally, the TUF Gaming laptop supports the latest Intel 802.11ac Wave 2 routers for data transfer rates of up to 1.7Gbps. I expect most gamers will want to use a wired connection – the laptop does have a Gigabit Ethernet port – but a speedy wireless option is there should you want it.

There’s not a particularly wide selection of ports, but you do still get two USB 3.1 (Gen 1), one USB 2.0, and one HDMI 1.4 port. All the ports are located on the left of the notebook, leaving the right edge completely free of any connectors (except for the Kensington Lock slot). This gives you more freedom to use your mouse as there won't be any cables to get in your way. 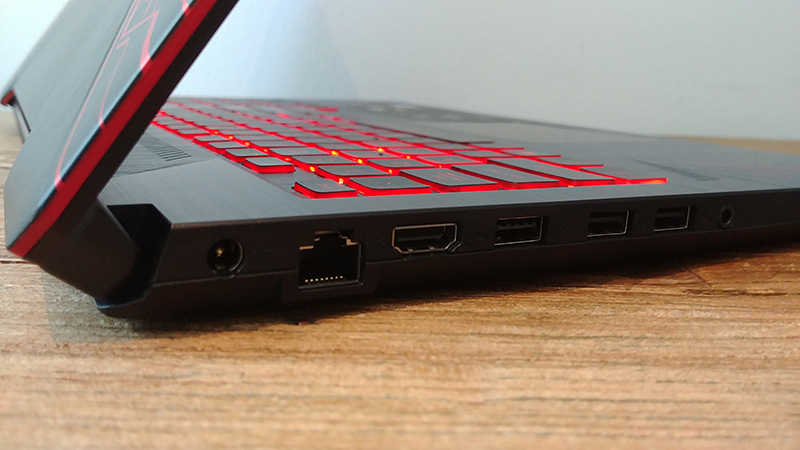 The TUF Gaming FX504 will be available to buy starting from 17 April at all ASUS Brand Stores and authorizes retailers.