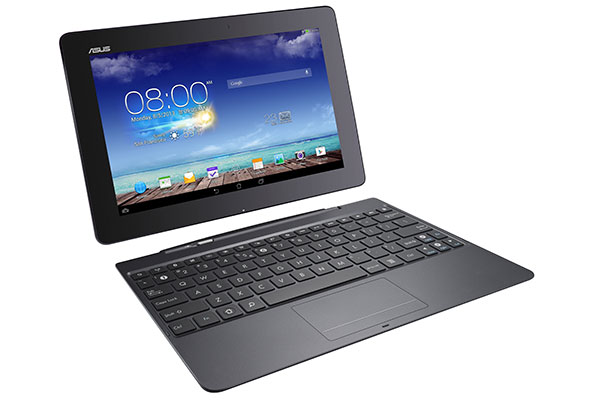 First seen at IFA in September, the new ASUS Transformer Pad TF701T will be available from tomorrow, October 12, at all ASUS authorized partners and brand stores. It’s priced at S$749.

The headline feature of the Transformer Pad TF701T is its 10.1-inch, 2,560 x 1,600-pixel IPS screen that's based on an IGZO-TFT manufacturing tech. The only other 10-inch tablets that have such a high-res screen are the Nexus 10, the Samsung Galaxy Note 10.1 2014 Edition (which hasn’t gone on sale here yet), the Toshiba Excite Write, and of course, the iPad.

Besides the 300ppi screen, the Transformer Pad TF701T runs on Android 4.2 Jelly Bean, and is powered by an NVIDIA Tegra 4 T40X quad-core SoC with a 72-core GeForce GPU. It has 2GB of DDR3L RAM, and 32GB of onboard storage; storage can also be expanded via the microSDXC card slot. The tablet comes with two cameras: a 5-megapixel one at the back, and a 1.2MP one at the front. The typical suite of wireless and connectivity options are also onboard, such as Wireless 802.11a/b/g/n, Miracast, Bluetooth 3.0, and micro-HDMI.

Join HWZ's Telegram channel here and catch all the latest tech news!
Our articles may contain affiliate links. If you buy through these links, we may earn a small commission.
Previous Story
Samsung to Announce Galaxy S5 in January 2014?
Next Story
ECS Launches Z87H3-A3X Gank Drone Gaming Motherboard