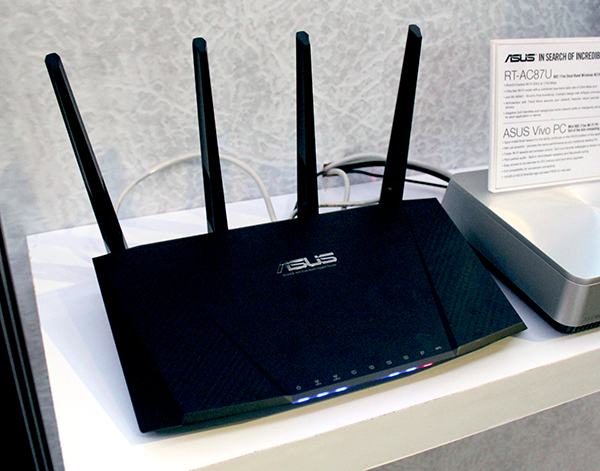 ASUS makes some of the fastest routers around. Its RT-AC68U was one of the fastest Wireless-AC routers that we have ever tested. Today, the RT-AC68U gets replaced by a new flagship, the RT-AC87U, which also happens to be the first 802.11ac Wave 2 and AC-2400 class router to reach our shores.

Under the hood, the RT-AC87U is powered by the latest Quantenna QSR1000 4x4 802.11ac MU-MIMO chipset. This chipset provides up to 1.7Gbps (1734Mbps to be exact) throughput on the 5GHz Wireless-AC band, but more importantly MU-MIMO or Multi-user Multiple Input Multiple Output allows for multiple streams to be beamed to multiple clients simultaneously. This should, in theory at least, provide for a more steady and consistent stream of data.

Maximum throughput over the 2.4GHz band remains at 600Mbps with Broadcom's TurboQAM enabled. This, coupled with the maximum 1734Mbps throughput on the 5GHz band and some generous rounding up is how they arrived at the AC-2400 figure.

Hardware improvements aside, the RT-AC87U also gets some nifty new features such as AiProtection, a built-in antivirus and anti-malware utility, and a reworked QoS feature called Adaptive QoS. 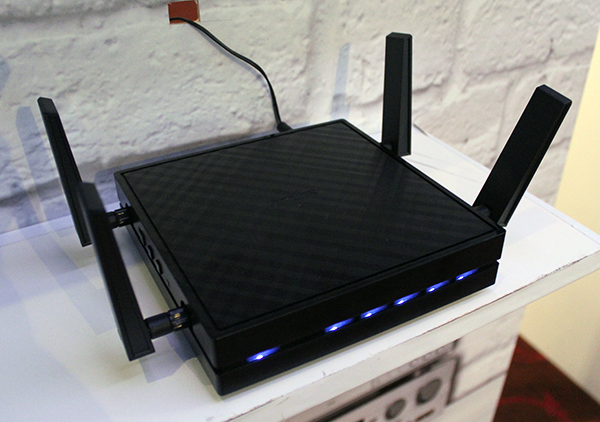 Unfortunately, users seeking to maximize the RT-AC87U will be disappointed to find out that the 1.7Gbps maximum throughput on the 5GHz band can only be achieved with a compatible 4x4 client. To our knowledge, no device in the market officially supports this yet. ASUS currently has a compatible wireless adapter called the EA-AC87 (pictured above), but we have been told that it will only be launched sometime in the next two months or so. ASUS is also working on a compatible USB adapter.

Join HWZ's Telegram channel here and catch all the latest tech news!
Our articles may contain affiliate links. If you buy through these links, we may earn a small commission.
Previous Story
Jabra announces release of the new Jabra Stealth with new microPower technology
Next Story
Parallels launches new Parallels Desktop 10 for Mac with OS X Yosemite integration