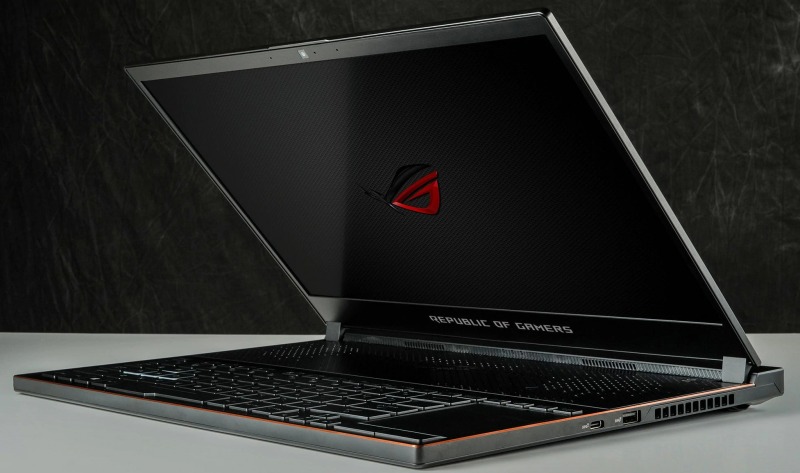 Updated on 16 November 2018: Added details on local price and availability.

Zephyrus gets even slimmer!

Gaming laptops are fast leaving their reputation for being chunky and heavy machines behind. ASUS today announced the ROG Zephyrus S, the thinnest laptop yet to feature an NVIDIA GeForce GTX 1060.

It measures just 15.75mm at its thickest point, 12% slimmer than the original Zephyrus GX501.

However, it’s just as powerful as any other gaming notebook. Here’s an overview of its specifications:

Like the ROG Scar II GL504GS, its 15.6-inch display sports a 144Hz refresh rate and a speedy 3ms response time. There’s no support for G-Sync, but you won’t really miss it with that high of a refresh rate.

Thanks to its slim bezels, the Zephyrus S is also a relatively compact 15.6-inch notebook. It’s closer in size to a 14-inch notebook, so it’s really one of the more portable 15.6-inch laptops around.

The laptop features an aluminum and magnesium alloy chassis that takes after the cooling design on the original Zephyrus. When the lid is raised, the bottom panel drops open to create an additional air intake. The keyboard is also pushed forward to the edge to make more room for the thermal system. 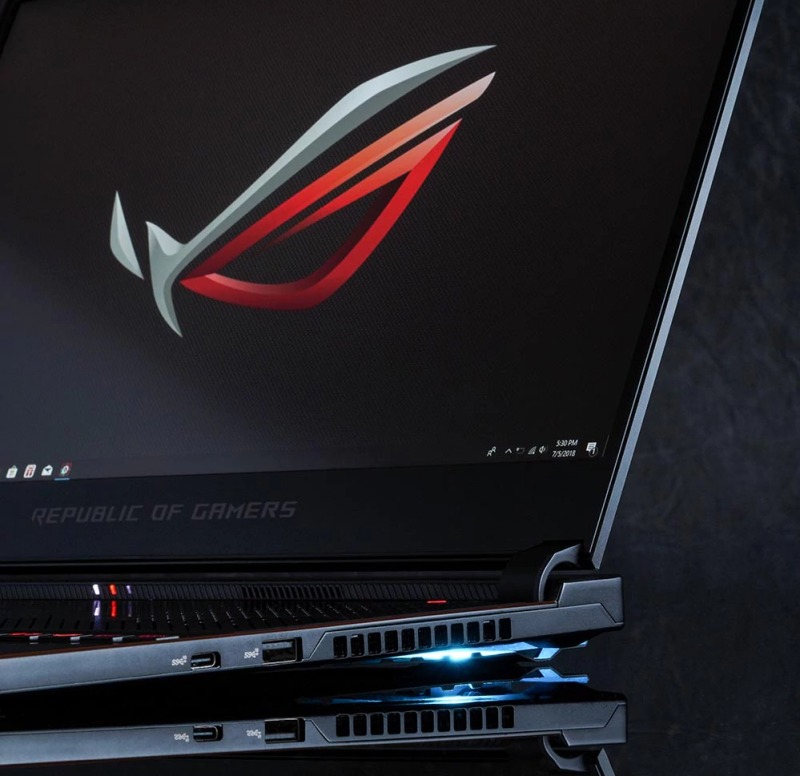 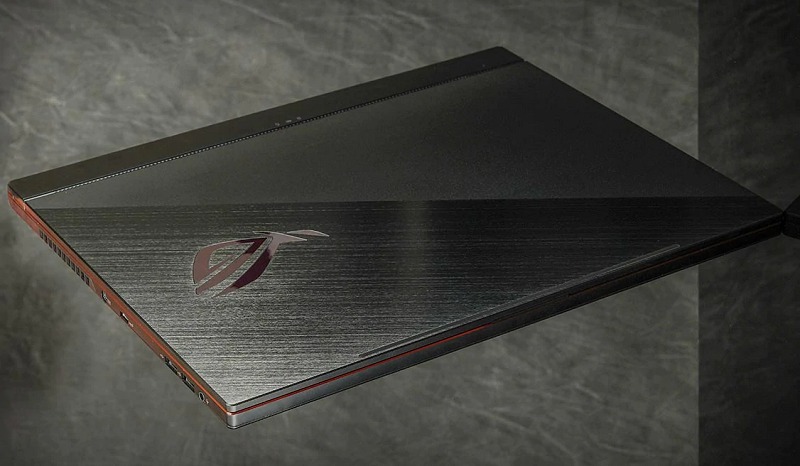 It’s been improved over the original, however, and ASUS says there are now more heatsinks to help with heat dissipation. The anti-dust tunnels from ASUS’ TUF Gaming FX504 also make an appearance here to prevent dust build-up and degradations in cooling performance.

On the software front, the ROG Game Center has been replaced with the Armoury Crate, which unifies system and Aura Sync lighting settings in a single place. 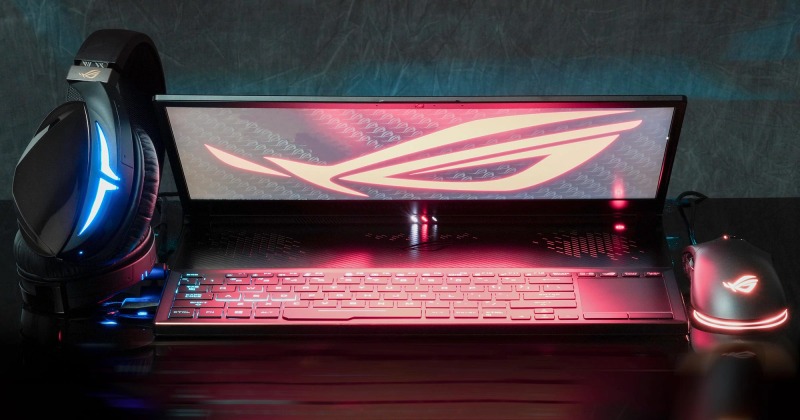 The ROG Zephyrus S will be available starting 30 November at S$3,198. You'll be able to buy it at the ASUS Brand Shop and all authorized retailers. The laptop will also come bundled with a limited edition ROG x Crumpler Endeavour backpack (limited to 300 pieces worldwide) if you buy it between 22 November and 31 December. 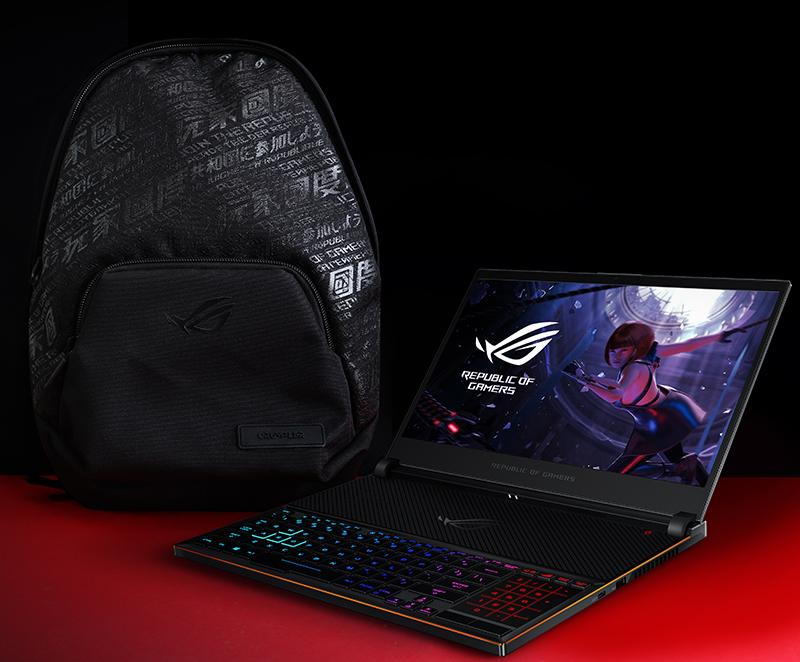 A large screen Strix that looks like a 15-inch laptop ASUS also introduced the ROG Strix Scar II GL704, a 17.3-inch laptop that wants to be part of the slim-bezel crowd. The company says it’s the first laptop of its class to be less than 400mm wide, so it’s more akin to a 15.6-inch notebook.

Like the Scar II GL504GS, it also features a camouflage-textured design and a highlighted WASD key cluster for FPS gamers.

The laptop uses what ASUS calls its HyperCool Pro cooling system, which comprises three heatsinks and two fans. One heatsink is dedicated to the GPU, while the other two soak up heat from the rest of the components.

For fans of fancy lighting, the ROG Strix Scar II GL704 will also support customizable Aura Sync RGB lighting. There are seven customizable zones in total. Four on the keyboard, two on the 'light bars' on the front, and the ROG logo on the notebook lid.

And like the ROG Zephyrus S, the ROG Strix Scar II GL704 will also get the Armoury Crate unified control center that manages all customizable aspects of the notebook, including Aura Sync settings and performance modes.

ASUS states that availability will be later this year and that pricing details will be announced closer to launch.

Join HWZ's Telegram channel here and catch all the latest tech news!
Our articles may contain affiliate links. If you buy through these links, we may earn a small commission.
Previous Story
Huawei aims to overtake Samsung as the biggest phone maker in 2020
Next Story
Nikon’s full-frame mirrorless cameras are finally here, meet the Z7 and Z6 *Updated with Z6 pricing*