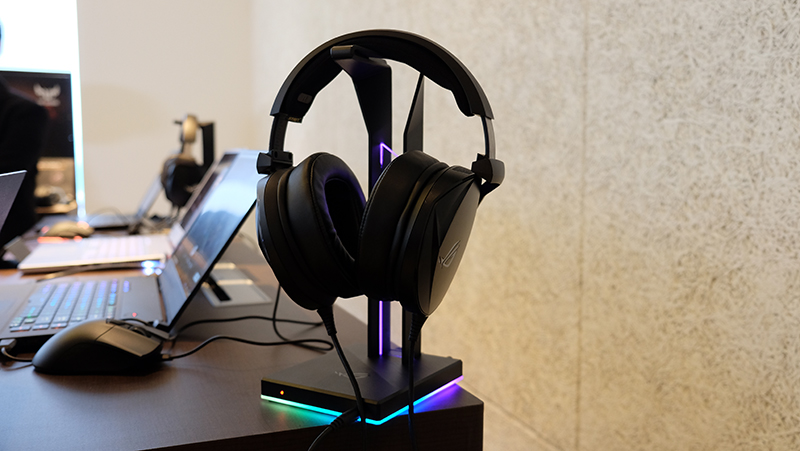 ASUS today announced the ROG Theta Electret, a gaming headset that's not quite like the rest. For starters, it features electret drivers, which aren't even that common in the world of audiophile headphones. But the ROG Theta Electret is a gaming headset as well, which generally aren't known for their audio quality, so the big question now is whether it will be able to live up to its promise.

If you aren't super into high-end audio, you may not have even heard of electret drivers. Compared to dynamic and planar magnetic headphones, electret headphones are the rarest of the three. They're sort of an old-school technology that AKG experimented with with the K340 many years ago, and the ROG Theta Electret actually follows a similar dual-driver approach.

But while dynamic and planar magnetic drivers rely on metal conductors to move the diaphragm, the diaphragm in electret drivers are able to move directly by themselves. That's because the diaphragm holds its own charge. It's also sandwiched between two conductive plates that hold opposite charges, and when it's pushed toward one plate or the other, it produces the vibrations necessary to create sound.

However, due to their limited range of movement, electret drivers aren't great at reproducing the lower bass frequencies, which is why electret headphones like the ROG Theta Electret tend to feature a second dynamic driver as well, which functions as a subwoofer.

The 3.5mm connecting cable features a silver-plated copper wire, not unlike many custom cables on the market. The silver supposedly allows the higher frequencies to shine more, and ASUS is claiming improved audio fidelity. 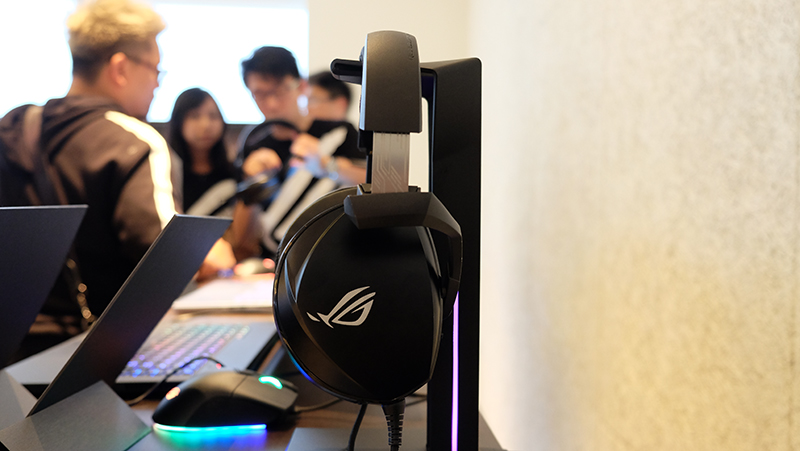 The ROG Theta Electret also comes with a detachable boom microphone that has been certified by both TeamSpeak and Discord.

Separately, the company announced the ROG Theta, a more conventional USB-C headset with support for 7.1 surround sound. It is equipped with four discrete drivers in each ear and utilizes what ASUS calls virtual subwoofer technology. The bass driver has been removed, and ASUS says this allows it to make the remaining drivers even larger, so there are now three 30mm drivers and one 40mm front driver.

Visually, it looks nearly identical to the ROG Theta Electret, save for the silver fittings above the earcups. 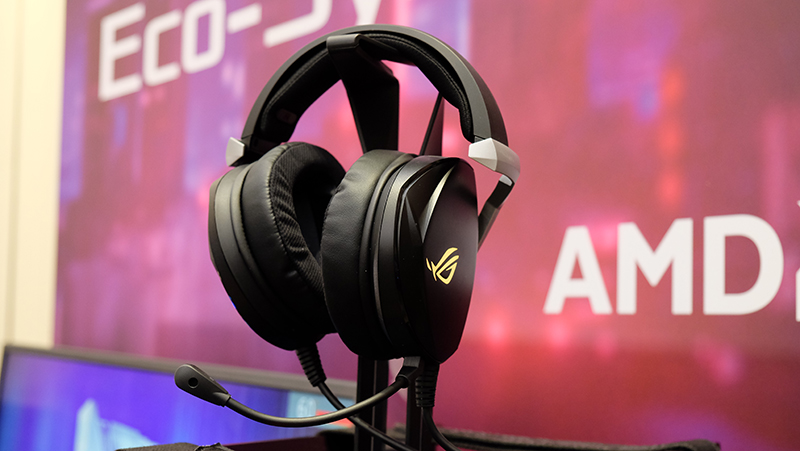 The larger size means that each driver is capable of reproducing a wider range of frequencies, so they're able to work together to make up for the missing bass driver.

The headset is powered by an ESS Sabre 9601 quad amp and a 7.1 SupremeFX S1220A DAC, similar to what's used on high-end ROG motherboards.

Finally, the included microphone boasts AI-powered noise-canceling features. The AI algorithms have been trained to identify and cancel out 50 million varieties of background noise, so your voice should sound clearer in theory.