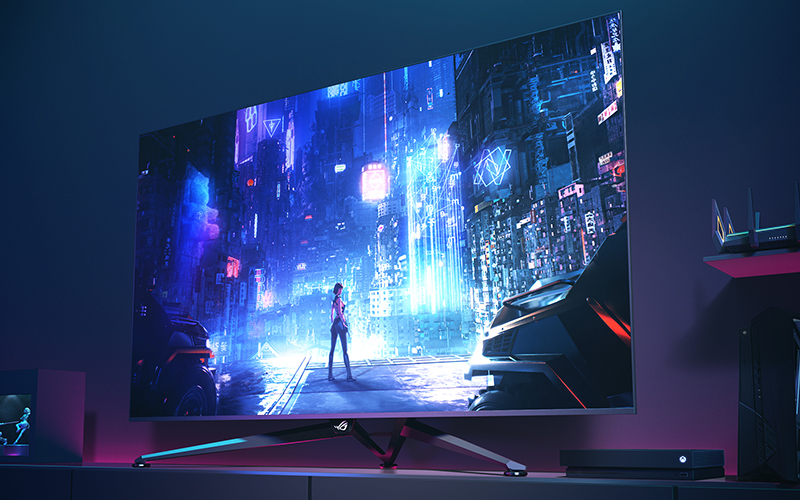 NVIDIA's Big Format Gaming Displays (BFGDs) are finally happening. First announced over a year ago at CES 2018, it wasn't until this year that we started hearing more about the specific models that would be hitting retail channels, such as the HP Omen X Emperium 65. Today, ASUS announced that the ROG Swift PG65UQ will be available to buy here in October, a crazy 64.5-inch screen that is practically a TV built for gamers.

It'll cost you a veritable arm and leg at S$6,599, but it's packing some impressive technology. Here's an overview of the key specifications:

The support for full-array local dimming across 384 zones allows the screen to deliver improved contrast levels, comprising deeper blacks and more detailed highlights. ASUS says the display has been pre-calibrated at the factory, so you can expect better colour accuracy and a Delta-E of less than 2 right out of the box. 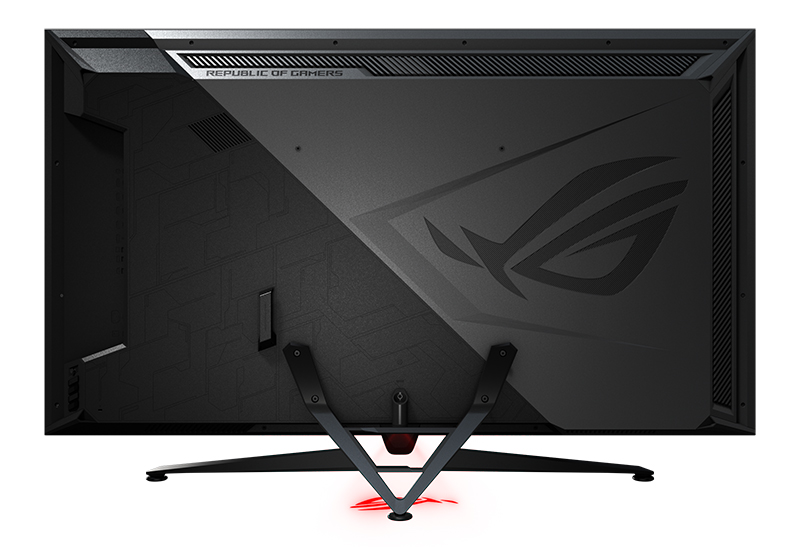 The ROG Swift PG65UQ seems more suited for cross-platform gamers who want a really premium experience. For instance, it'll work with the Xbox One with no issues, supporting a variable refresh rate between 48Hz and 60Hz over HDMI. Furthermore, this is a G-Sync Ultimate monitor, so you should get a smooth and tear-free gaming experience if you're using it with a PC.

It has all the makings of a great entertainment display as well, boasting an Ultra HD Premium certification. ASUS says this is the only big screen monitor so far to carry the label, and the 10-bit colour depth means that more colours can be displayed.

Unlike the HP Omen X Emperium 65 however, the ASUS ROG Swift PG65UQ doesn't come with its own soundbar. That said, it does have two built-in 15W speakers and a remote that lets you easily tweak the brightness, change the input source, or make other adjustments.

Further details about availability will be announced later. But if you're like most of us and don't want to clean out your bank account just for a monitor, there's also the 43-inch ROG Strix XG438Q, which comes in at a far saner price of S$1,799.

Join HWZ's Telegram channel here and catch all the latest tech news!
Our articles may contain affiliate links. If you buy through these links, we may earn a small commission.
Previous Story
The Huawei Nova 5T goes on sale today
Next Story
Singtel outs iPhone 11 and 11 Pro telco price plans