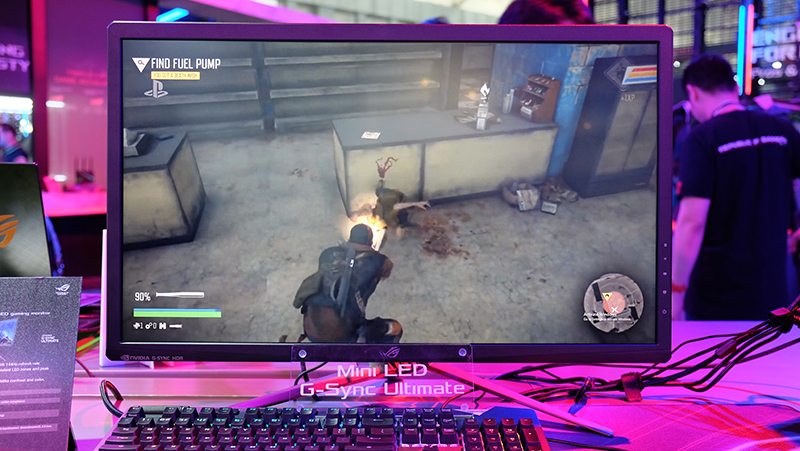 ASUS just took its flagship monitor and made it even better. The company today announced the ROG Swift PG27UQX, an upgraded version of the 4K HDR G-Sync PG27UQ that now features mini-LED technology.

According to ASUS, this is the world's first gaming display to use mini-LED technology. These are basically smaller versions of the conventional LEDs used in display backlighting, but their smaller size enables them to be packed in more densely. The mini LEDs in the ROG Swift PG27UQX measure just 200 to 300μm across, and there are a total of 2,304 of them in the display.

Like its predecessor, the ROG Swift PG27UQX has a 27-inch 3,840 x 2,160-pixel IPS display, but the mini LEDs afford it better backlight uniformity and more granular brightness controls.

In total, the monitor has 576 independent lighting zones, compared to the 384 zones on the PG27UQ.

The support for more precise local dimming means that contrast should be much improved, leading to even higher contrast ratios than before. There should also be less of the distracting halos you sometimes see around bright points as a result of light bleed.

In addition, ASUS says it has reduced power consumption, which results in lower heat output. 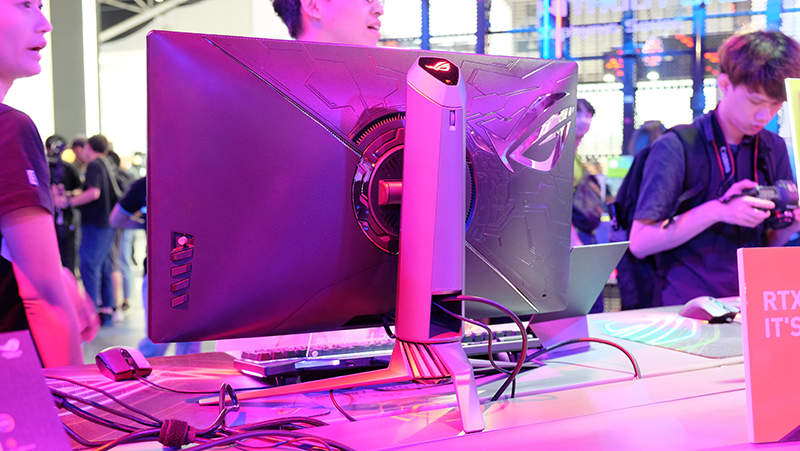 Elsewhere, the new monitor has an overclockable 144Hz refresh rate, 97 per cent coverage of the DCI-P3 color space, and DisplayHDR 1000 certification. The retina-searing 1000 nits of peak brightness is pretty impressive to look at in person, but I can't imagine you'll want to stare at it all day. All those specs mean that this is one of the few G-Sync Ultimate monitors around, and it offers among the best in terms of display technology.

Finally, ASUS is adding new smart fan controls that let you control the display's dual fans directly from the monitor itself, thus allowing you to keep overall noise levels in check.

I should point out that the ROG Swift PG27UQ currently costs a whopping S$3,499, so you can expect the PG27UQX to ask for an even crazier price.

Previous Story
Pegatron to invest up to $1 billion to assemble iPhone chips in Indonesia
Next Story
M1 streamlines all its mobile plan offerings into two simple, build-it-yourself mobile plans