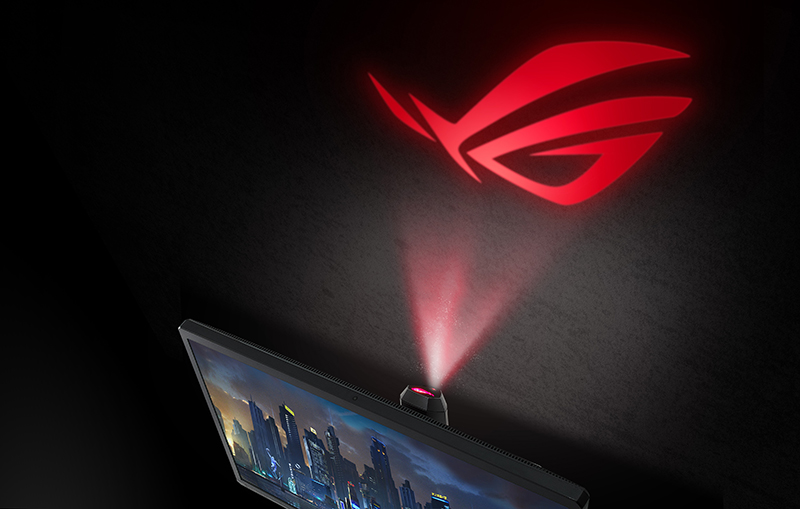 ASUS has announced that its ROG Swift PG27UQ gaming monitor is finally available for pre-order here. This is one of the most feature-packed monitors you can get today, and it wouldn’t be an exaggeration to say that it probably has nearly everything you want in a display.

First-announced at CES 2017, this monitor has been a long time coming. Together with the Acer Predator X27, the ROG Swift PG27UQ is one of the first displays to offer a combination of G-Sync, HDR, a 4K resolution, and a 144Hz refresh rate.

In addition, ASUS says that every panel is calibrated at the factory to have a Delta-E value below 3.0. There’s an ambient light sensor as well that senses the lighting conditions and adjusts the brightness of the screen accordingly. There’s just one caveat. Even though ASUS is claiming a maximum refresh rate of 144Hz, that’s achieved through overclocking and the display only supports up to 120Hz natively.

No ROG product would be complete without ostentatious lighting however, and the ROG Swift PG27UQ also features RGB ambient lighting that can be synced with compatible Aura Sync products.

There’s also something ASUS calls ROG Light Signal, which lets gamers project a glowing red ROG logo onto their wall. Finally, the Light Signature projection kit projects a second ROG logo on your table by default, but you can customize it to display your own logo if you have access to the right tools.

That’s nearly every feature you could ask for, but you’ll have to pay a steep price for it. The monitor is available for pre-order now on Lazada at an eye-watering S$3,499. It will launch at COMEX 2018 at S$3,599.