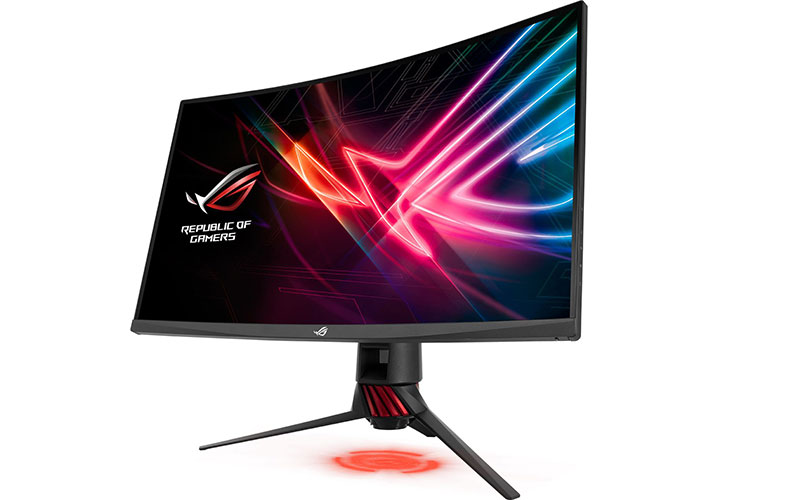 More importantly, they both boast VA panels, so you should get improved color reproduction and viewing angles over cheaper TN displays.

The stand on both displays also projects the ROG logo onto the table, while the back of the displays feature customizable Aura Sync RGB lighting. In addition, you get two ROG logo covers to tweak the light projection, and blank covers that will let you customize your own.

The ROG Strix XG32VQ was first unveiled at Computex 2017, but it hasn’t seen a formal launch until now. This is a 32-inch screen with a 2,560 x 1,440-pixel resolution, so it isn’t the crispest display around.

However, it’s more than sufficient for gaming, and ASUS is also claiming 125 per cent coverage of the sRGB color space. In addition, you get a speedy 144Hz refresh rate, which is probably the most important part of any gaming monitor. 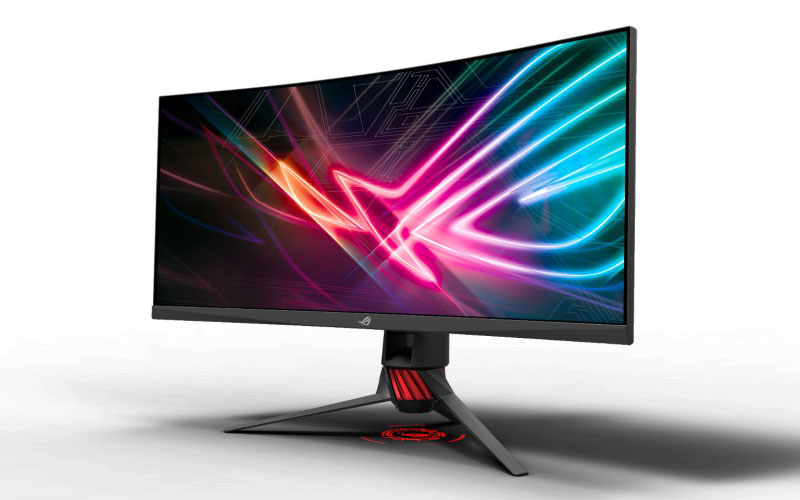 It offers a 100Hz refresh rate, so you should still get a relatively fluid experience.

The display characteristics on this model are also slightly different from those of its smaller sibling. For instance, ASUS is citing 100 per cent of the sRGB color space and a slightly lower 2500:1 contrast ratio instead of the 3000:1 on the ROG Strix XG32VQ.

That said, these are subtle differences that the lay person probably won’t notice, and it’ll mostly come down to whether or not you want an ultra-wide viewing experience.

We should also point out that FreeSync will only work over HDMI 2.0 or DisplayPort, so you’ll want to be sure that you’ve got the right ports linked up. Finally, you’ll also find two USB 3.0 ports for connecting your peripherals.

Join HWZ's Telegram channel here and catch all the latest tech news!
Our articles may contain affiliate links. If you buy through these links, we may earn a small commission.
Previous Story
Uber wants to make it illegal to operate your own self-driving car
Next Story
Kodak says over 40,000 investors have already expressed an interest in KODAKCoin