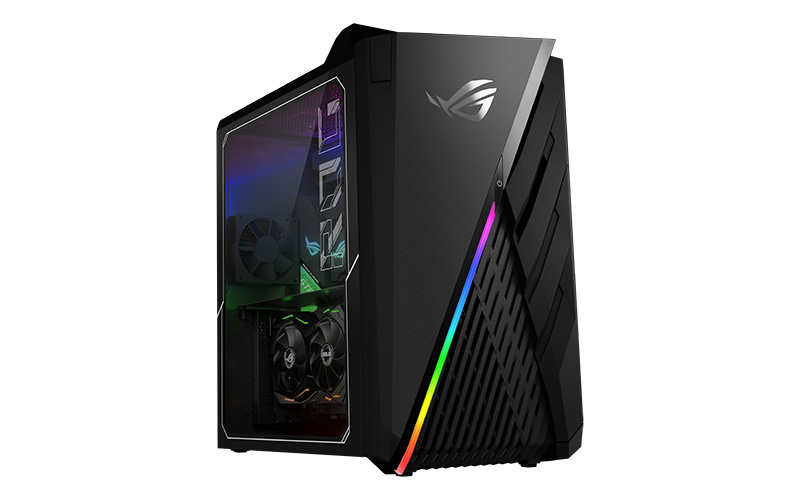 ASUS has announced some new gaming desktops for 2020, and boy do they look good. The ROG Strix GA35 and GA15 both sport a new "wind shear" aesthetic, which ASUS says was based on its interpretation of airflow as a concept. This distinct visual unites the two desktops, and you get a RGB lightbar down the front and plenty of swooping lines.

The ROG Strix GA35 is the more interesting of the two, featuring a dual-chamber design to separate the power supply from the CPU and GPU. It's fatter than the ROG Strix GA15 too, which means more room for intake and exhaust vents to facilitate airflow from all sides. There's even room for a 240mm radiator up top, and an external carrying handle in case you need to take it somewhere. 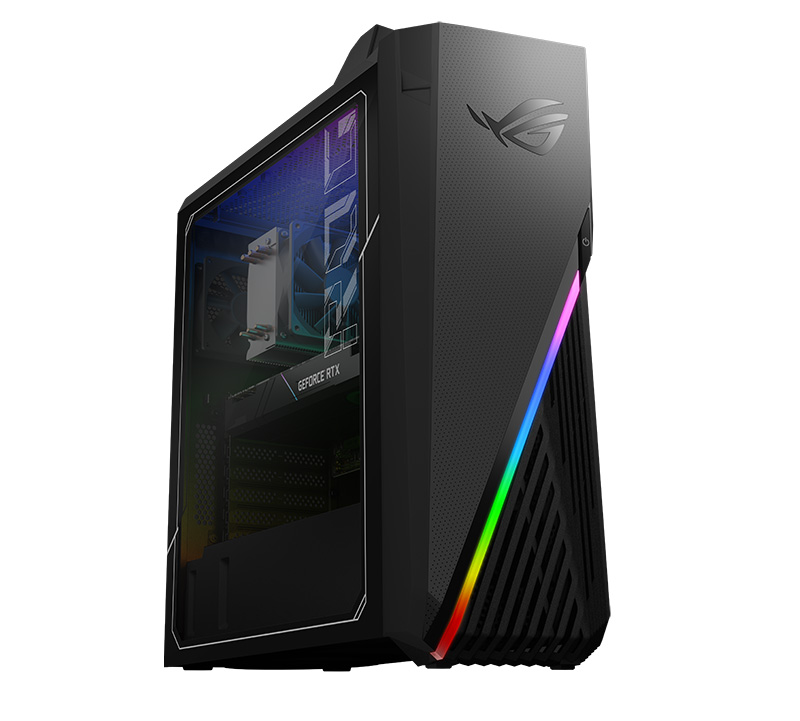 One convenient feature is the two hotswap SSD bays located behind a magnetic panel at the front. The ROG Strix GA15 has this too, and it'll come in useful for troubleshooting or if you simply have multiple drives filled with videos and other stuff. Both cases also have a pop-out hangar for stowing your headset.

On top of that, the ROG Strix GA35 ships with an ROG Keystone, which we first saw on notebooks like the ROG Strix Scar III. It's an NFC device that acts like a physical key, and it can be used to activate lighting and other settings configured in custom Armoury Crate profiles. In addition, it also unlocks an encrypted Shadow Drive that would otherwise be hidden.

Another thing I like about the ROG Strix GA35 is how many front I/O ports it has. Many modern cases today just come with a couple, but ASUS has included two USB-A, two USB-C, and dedicated headphone and microphone jacks on the front alone. In comparison, the ROG Strix GA15 has a more modest selection with just one USB-A and USB-C port, although it does still have separate jacks for your headphone and microphone. 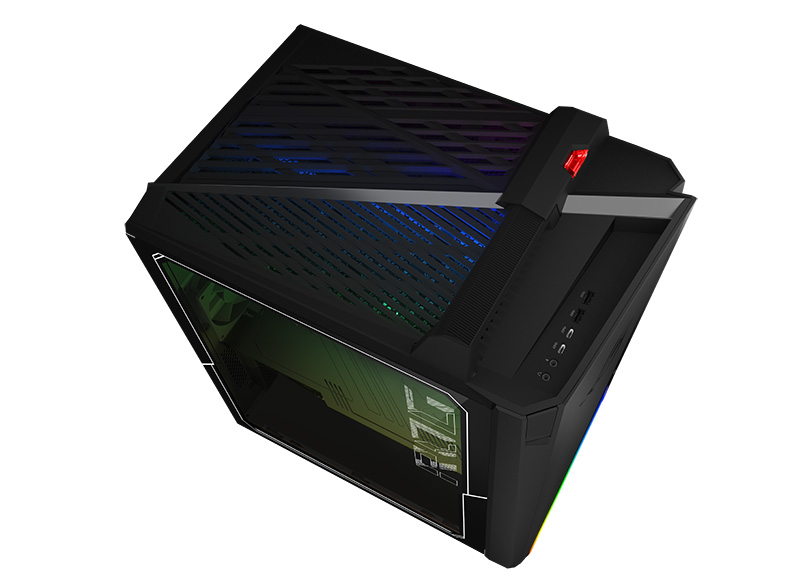 Under the hood, the system can be configured with a 16-core Ryzen 9 3950X and NVIDIA GeForce RTX 2080 Ti, which is plenty powerful for just about anything you want to do with it. The glass side panel is also shatterproof and EMI-shielded – I'm not sure the latter is quite necessary, but hey, it's there if you care about it.

The ROG Strix GA15 isn't quite as powerful, but it can still be equipped with up to an AMD Ryzen 7 3800X processor and NVIDIA GeForce RTX 2070 Super.

Separately, ASUS is also releasing Intel versions of both desktops, so you're not stuck with AMD. You can tell which processor it ships with by the model name – AMD systems come with the "GA" prefix, while Intel systems start with "GT".

Join HWZ's Telegram channel here and catch all the latest tech news!
Our articles may contain affiliate links. If you buy through these links, we may earn a small commission.
Previous Story
Vivo V17 smartphone available in Singapore from 11 Jan for less than S$400
Next Story
MSI gaming monitors go big and bold with world's first 1000R curved screen and more