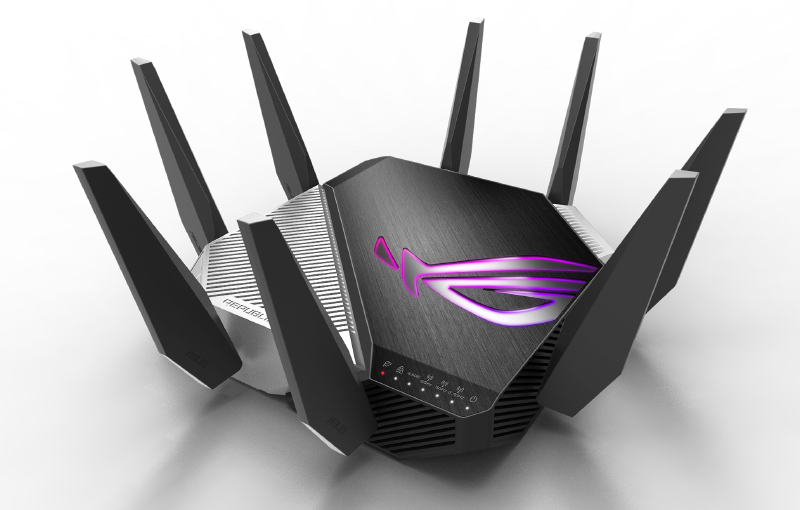 To start, the ROG Rapture GT-AXE11000 supports Wi-Fi 6E – ASUS says it's the first router in the world to do so.

Impressively, it is reported that tapping into the 6GHz spectrum can deliver data transfer rates of up to 2Gbps and with latencies as low as 2ms.

The ROG Rapture GT-AXE11000 is a tri-band router. So apart from a 6GHz network, it also broadcasts a 5GHz network and 2.4GHz network for older devices.

Details surrounding some specifics of this router is scarce right now, so here's what we know. 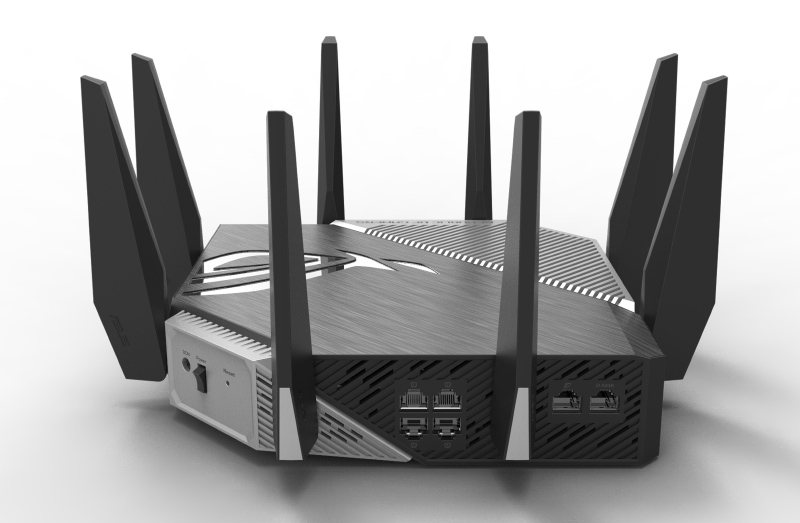 As for ports, ASUS only mentioned that the router would feature WAN aggregation and that it has a single Multi-Gig port that supports speeds of up to 2.5Gbps. Presumably, this means it has a second Gigabit Ethernet WAN port.

From photos that are floating around the web, it looks like the ROG Rapture has four Gigabit Ethernet LAN ports, which is a pity because the router is so large and looks like it could easily accommodate more. Furthermore, it can be argued that the router's target audience could do with extra Ethernet ports.

No word yet on local pricing and availability, but ASUS did say that it will be available in some markets by December. At any rate, considering the old Rapture GT-AX11000 had a launch price of S$699, don't expect this new router to come cheap.

We'll update this article when we know more.

Join HWZ's Telegram channel here and catch all the latest tech news!
Our articles may contain affiliate links. If you buy through these links, we may earn a small commission.
Previous Story
A legendary Jiak Kim Street club is being recreated in Fortnite
Next Story
LG to announce new smartphone with possible T-shaped display on 14 September