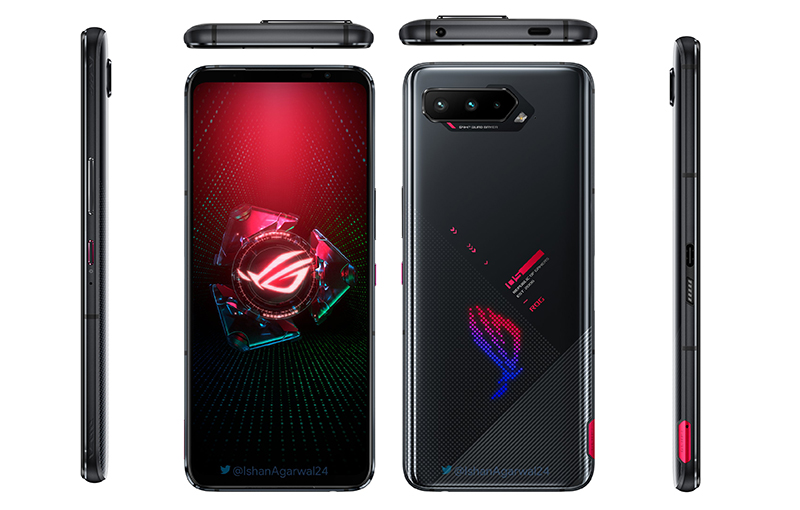 Gaming smartphones have their place in consumers' hearts because of their purported advantages over regular high-end handsets, which are especially attractive to folks who love to game competitively. Tipster Ishan Agarwal on Twitter decidedly uploaded some of the ASUS ROG Phone 5's official renders, revealing several important specs on top of its 2021 design.

While it looks similar to its predecessor, the phone keeps the aggressive design language and its hardware decisions. The phones have two USB Type-C ports (bottom and left rim, respectively) while having yet another 3.5mm audio port. 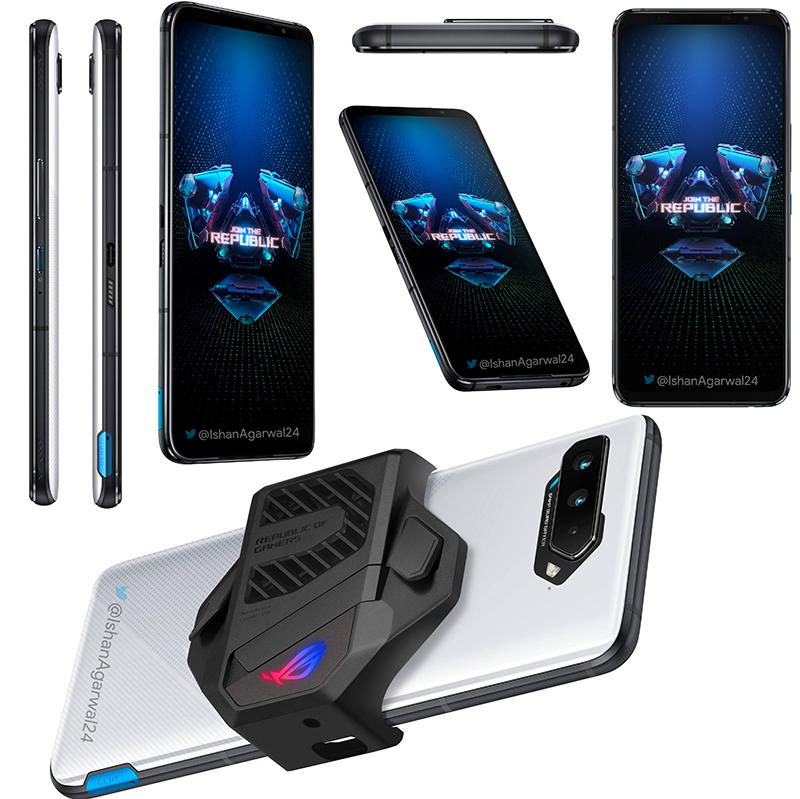 More interestingly is ASUS's choice of two colourways, making it a first for the ROG Phone series. The black variant has red highlights, while the white variant comes with sky-blue accents. It's going to be tough choosing a preferred look. 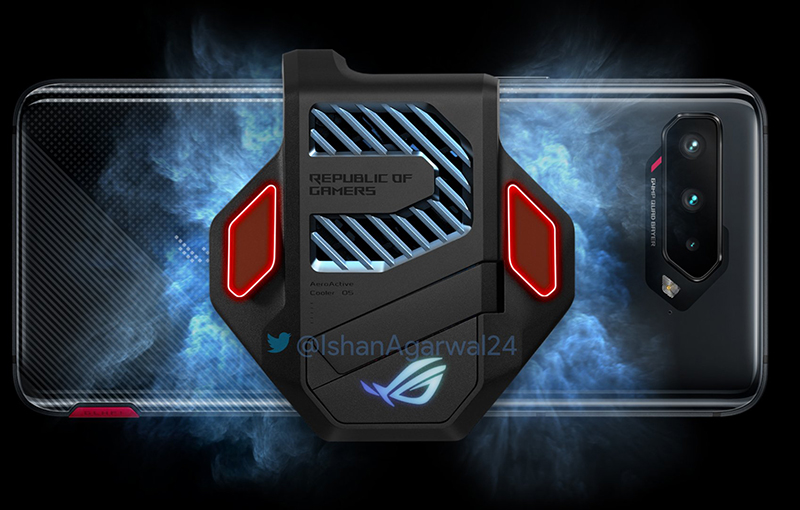 Also joining the leak is the phone's cooling attachment, the AeroActive Cooler 5. No, it's not because the phone overheats regularly enough to justify an external cooler, but rather the cooling unit is meant to help its user eke out every bit of performance by keeping its internal temperature well under control.

Word on the street said that the ASUS ROG Phone 5 would launch as soon as today or tomorrow, so it won't be very long until it hits retail. For now, you can check out the phone renders by heading over here.

Join HWZ's Telegram channel here and catch all the latest tech news!
Our articles may contain affiliate links. If you buy through these links, we may earn a small commission.
Previous Story
Overwatch's new limited-time event is a grand Pachimari celebration
Next Story
NVIDIA and VMware combine to ease AI deployment in the enterprise