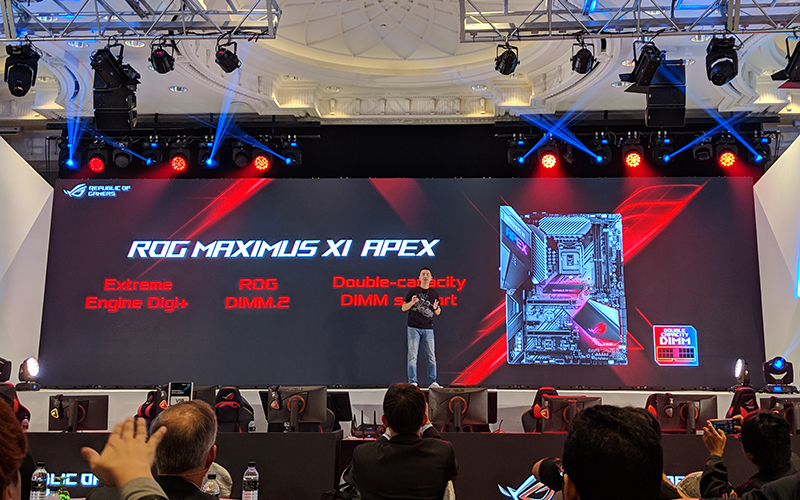 ASUS has announced the ROG Maximus XI Apex, a motherboard built for overclocking enthusiasts who dabble in things like LN2 cooling. The company has already revealed its full line-up of Intel Z390 motherboards, and the Apex board occupies a niche for those looking to push their processors to the limits.

The Apex series has always been designed with overclocking in mind, so the latest iteration comes as no surprise.

For starters, it features a beefed-up VRM circuitry that ASUS is calling Extreme Engine Digi+ and dual 8-pin auxiliary power connectors to ensure smooth power delivery to the CPU. There's also a condensation detection circuit, which should come in handy if you're using LN2 cooling.

The finned VRM heatsink should also provide extra surface area for heat dissipation and keep the crucial components running cool. In addition, there are dedicated points on the motherboard for you to take voltage readouts using external hardware. This is faster and more accurate than software readouts, which enthusiasts will definitely appreciate. 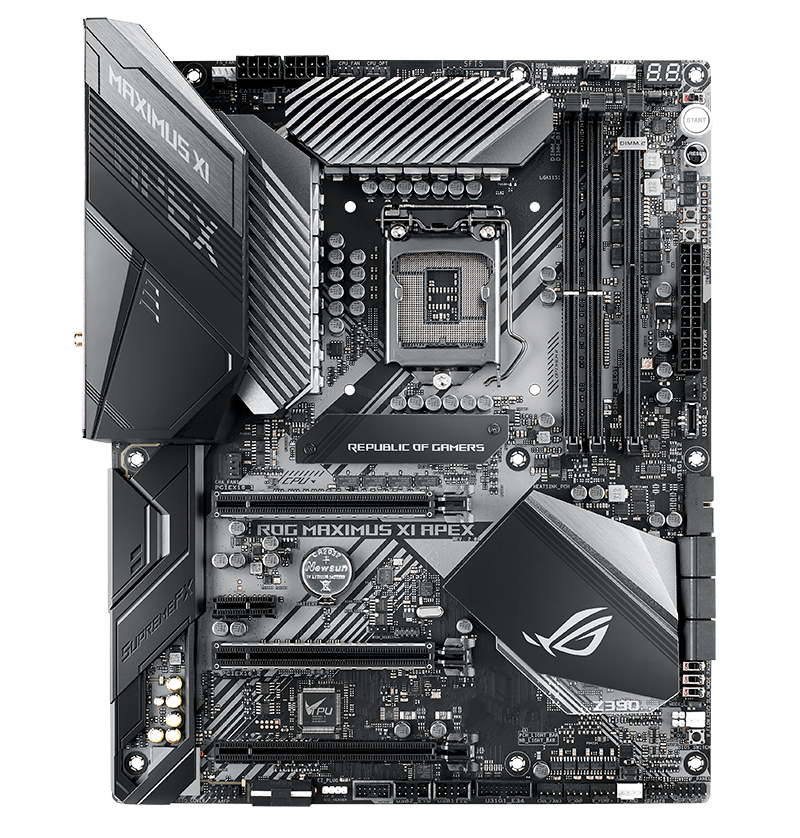 One of the defining features of the Apex motherboard is also its number of DIMM slots. The board has just two, but it supports up to DDR4-4800 memory. However, it also supports double-capacity DIMMs, which feature a special memory trace design that allows up to 32GB per stick, or 64GB RAM in total.

There's also a DIMM.2 slot beside the DIMM slots. You can install two M.2 drives on the DIMM.2 module, and they'll also benefit from the included passive heatsink.

That aside, the board has the usual bells and whistles you'd expect from an ROG motherboard. This includes a multitude of fan headers, support for up to 2-way SLI or 3-way CrossFire, and Aura Sync RGB lighting. There's also a pre-mounted I/O shield for easier installation and an integrated Intel Wireless-AC 9560 (CNVi) chip.

Join HWZ's Telegram channel here and catch all the latest tech news!
Our articles may contain affiliate links. If you buy through these links, we may earn a small commission.
Previous Story
ASUS' Zenbo Junior is a smaller, cuter companion robot for businesses
Next Story
Creative's new Stage series soundbars will work with TVs, gaming consoles, PCs, and only starts at $59.99