The ASUS ROG Huracan is a compact, cyberpunk-inspired desktop that packs a hard punch

The ASUS ROG Huracan is a compact, cyberpunk-inspired desktop that packs a hard punch 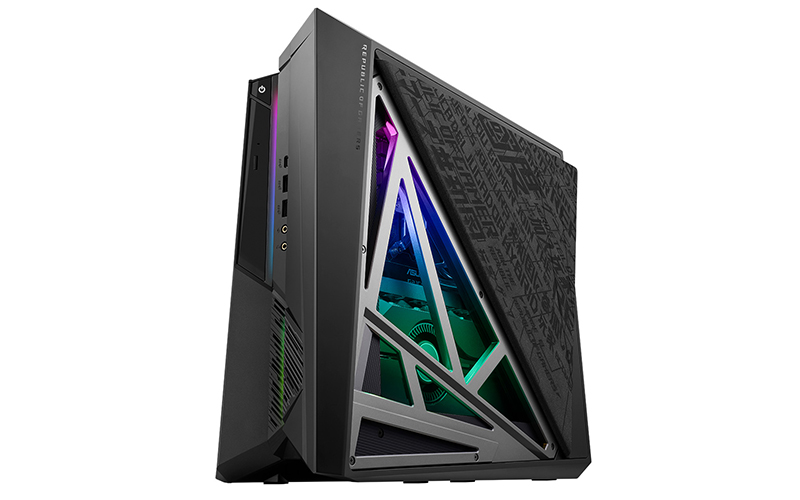 ASUS hasn’t been quiet since Intel’s 8th-generation mobile chips dropped. The company announced its first ever TUF Gaming notebook and the new ROG Zephyrus M, but it hasn’t neglected its desktop offerings either.

The ROG Huracan (G21) is a brand new compact gaming desktop with a bold design. Like most of ASUS’ other ROG desktops, the Huracan also features distinct Mayan-inspired styling, or in this case, naming (incidentally, Huracan is the Mayan god of wind, storm, and fire).

However, the standout feature is probably the magnetic side cover that can be opened to improve airflow or activate the system’s Aura lighting effects. The panel is also foldable, and there are multiple points on the panel where it folds up to expose the insides.

When opened, the panel also reveals several words in different languages related to the ROG brand and gaming in general on its underside.

Under the hood, the Huracan offers a choice between an Intel Core i5-8400 and Core i7-8700, both of which are hexa-core processors. 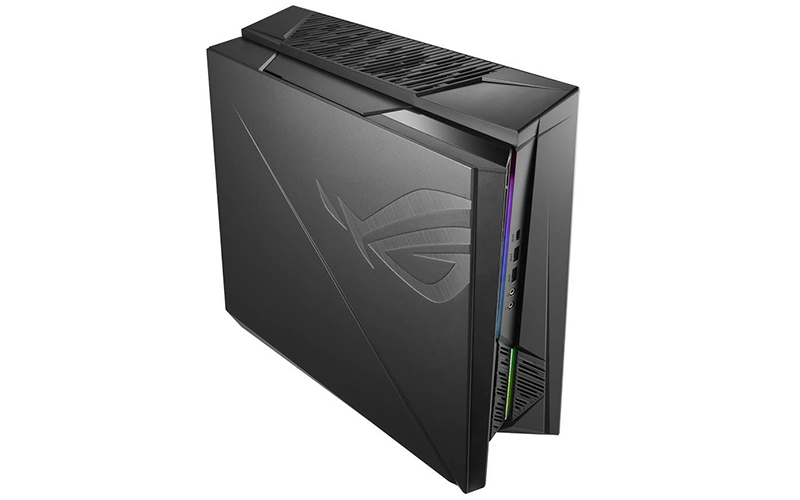 For audio, there’s an integrated ESS DAC and amplifier, which power the front panel headphone port.

The power supply is located outside of the system, and it supports both 180W and 230W options, the latter of which is reserved for the GeForce GTX 1080 models. Alternatively, it will also support dual 180W adapters for a total of 360W of power.

However, for those who want a full-sized desktop, ASUS has the ROG Strix GL12, another new introduction that features up to an overclockable Intel Core i7-8700K processor, 64GB of DDR4-2666 RAM, and an NVIDIA GeForce GTX 1080. 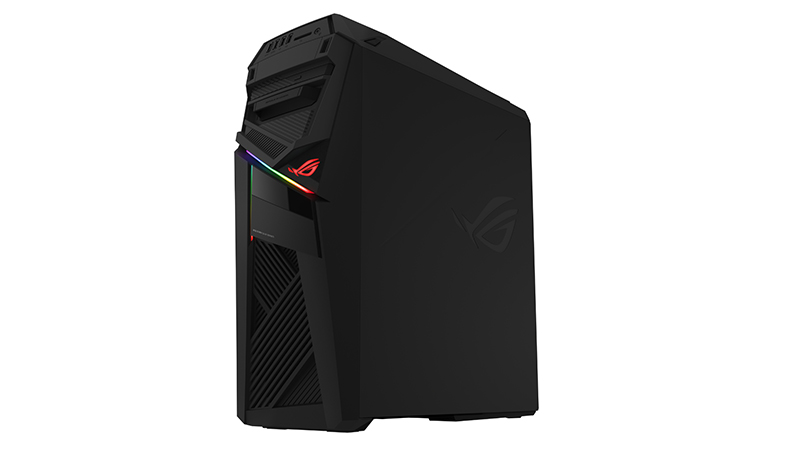 The case has a pretty conventional design, but ASUS has attempted to make things more interesting with illuminated ‘slashes’ that run across the front of the chassis. You’ll also find a tinted acrylic side panel and integrated Aura Sync lighting.

One unique feature is the removal panel on the front panel. This hides space for a 5.25-inch drive and a hot-swappable 2.5-inch SSD.