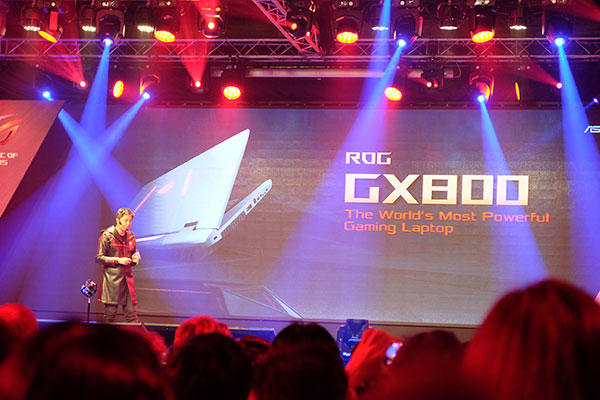 It feels like just yesterday that we were feasting our eyes on the ROG GX700, ASUS’ liquid-cooled beast of a gaming laptop. Then again, we may just have forgotten how fast the tech world moves, because ASUS just announced – you guessed it – the ROG GX800, an even more powerful notebook that is several different kinds of crazy.

While ASUS hasn’t exactly been forthcoming with the exact specifications of the laptop, it reportedly features an Intel K-series CPU clocked at 4.4GHz, and memory – we bet it’s something like 64GB of DDR4 RAM – running at a whopping 3,800MHz.

As for the graphics cards, the laptop reportedly has a pair of unannounced NVIDIA GPUs (perhaps the GeForce GTX 1080M?) running in SLI. In our review of the ROG GX700, we noted that the desktop NVIDIA GeForce GTX 980 was still outmatched by dual GeForce GTX 980Ms in SLI, but ASUS now appears to be going all out to ensure that literally no other notebook is more powerful than the GX800. 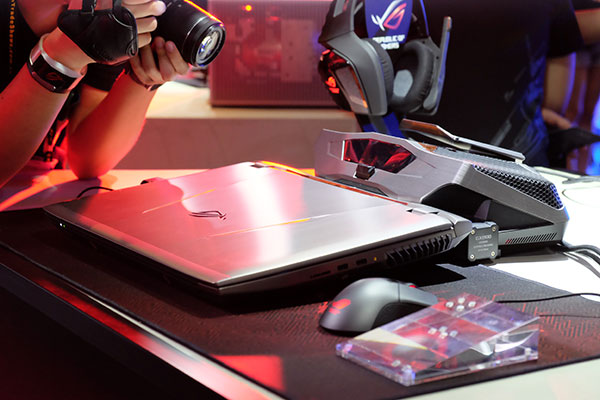 In the run-up to Computex, ASUS actually released a teaser of an unspecified gaming notebook rocking a card more powerful than the NVIDIA GeForce GTX Titan X, and it looks like this might be it, especially considering the hints of coolant ports in the teaser images.

Of course, this amount of graphics and computing horsepower is going to require a lot of juice to run, and the GX800 relies on a pair of 330 watt power supplies for that. That aside, it operates in a similar fashion to the GX700, where the notebook will automatically ramp up its clock speeds once it is plugged into the liquid-cooling dock.

As if that isn’t enough, the GX800 has also been equipped with a full-fledged mechanical keyboard that it is calling MechTAG, short for Mechanical Tactile Advanced Gaming. The keyboard even features multi-color RGB backlighting, so ASUS is really taking care not to miss a beat here. 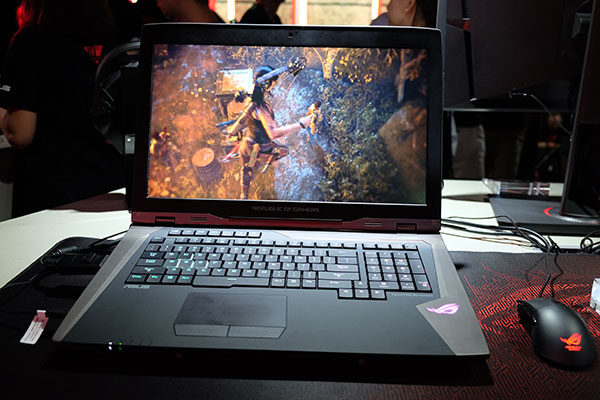 Unfortunately, there’s no news yet of when you’ll be able to get your hands on this monster, or how big of a hole it will burn in your wallet. In fact, we’re a little afraid to find out.

Join HWZ's Telegram channel here and catch all the latest tech news!
Our articles may contain affiliate links. If you buy through these links, we may earn a small commission.
Previous Story
BitFenix brings a new line up of chassis that’s set to impress at Computex
Next Story
ASUS unveils the ROG Rampage V Edition 10, its latest flagship Intel X99 motherboard