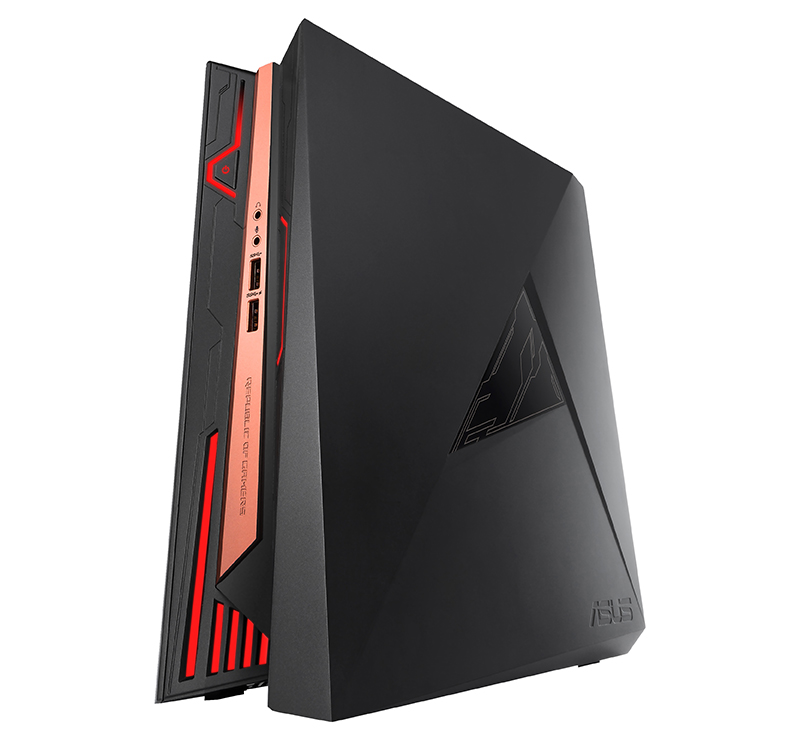 ASUS has announced the local availability of the GR8 II, a console-sized gaming PC that packs an impressive amount of power that belies its size. It is the successor to 2014’s GR8, and the two machines share a very similar design ethos. You're probably also reminded of the VivoPC X M80, and the GR8 II is a more gaming-oriented and powerful version of that.

The GR8 II’s 4L chassis is slightly larger than the GR8’s 2.5L, but it makes up for it with far more modern hardware. Here’s a quick overview of the specifications:

Both will be available to buy at the IT Show come 16 March.

No ROG product would ever be accused of looking boring, and the ROG GR8 II features Aura Sync LEDs on three areas on the front of the chassis. In addition, it offers 12 different synchronization modes that let you sync the chassis lighting with a range of ROG peripherals.

ASUS designed the GR8 II with a futuristic look in mind, and the casing boasts sharply chiseled angles, a plasma copper front I/O panel, and a matte black finish.

If you’re worried about insufficient air flow within such a compact chassis, ASUS says its implemented discrete chambers for the processor and graphics card, which should help channel cool air to the components that need it the most. Copper heat pipes also help dissipate heat from the CPU and GPU, while the two included fans keep the cool air coming.

The GR8 II reportedly sips just 30 watts of power while idle, and ASUS says you can expect it to be even quieter than a tower desktop. We’ll have to wait till we can get our hands on a review unit before we can verify that however.

Finally, given that this is a machine intended to handle VR games, you’ll find two HDMI ports on the back for hooking up a headset and monitor at the same time.