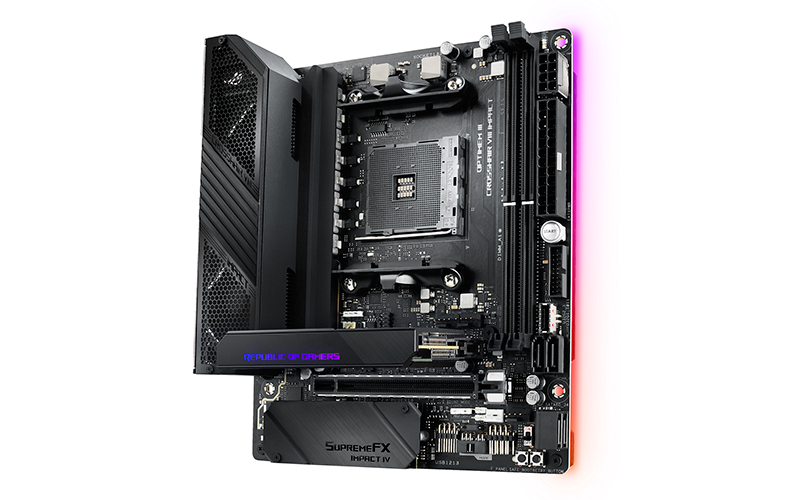 ASUS has announced two new AMD X570 motherboards to cater to those looking to build a small form factor system based on AMD's Ryzen 3000 processors. The ROG Crosshair VIII Impact and ROG Strix X570-I Gaming are tiny mini-DTX and mini-ITX boards respectively. Despite their diminutive stature, they come packed with a ton of features, including robust power delivery designs and active VRM cooling.

The mini-DTX Crosshair VIII Impact is basically a taller version of your standard mini-ITX motherboard. It maintains compatibility with most mini-ITX cases, but it now has some extra room to dedicate to the VRM and its cooling design. 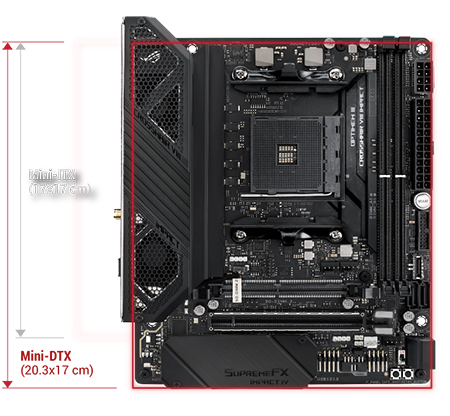 For starters, it uses an 8+2-phase power design paired with TDA21472 power stages, each rated for 70A. The small form factor also necessitates the use of a single-body, actively-cooled VRM and chipset heatsink combo, alongside two Delta Superflo fans. A copper heat pipe channels heat away from the VRM to a full-sized aluminum backplate, which helps compensate for the limited air flow in a smaller chassis.

There are also two dedicated headers for radiator fans, in addition to headers for monitoring flow rate and temperature, in case you want to go the liquid cooling route.

To make up for its small size, the Crosshair VIII Impact will ship with an expansion card that will let you install two more M.2 drives. This card comes equipped with its own heatsinks and interfaces with the motherboard via a SO-DIMM slot.

There's something that looks like an M.2 heatsink below the single PCIe 4.0 x16 slot, but that's actually a daughter board which houses the Impact's storage and audio circuitry. This frees up more room to add further connectivity options and other features.

On the networking front, the board is equipped with the latest Intel Wi-Fi 6 AX200 chip and a Gigabit LAN port powered by an Intel I211-AT controller. 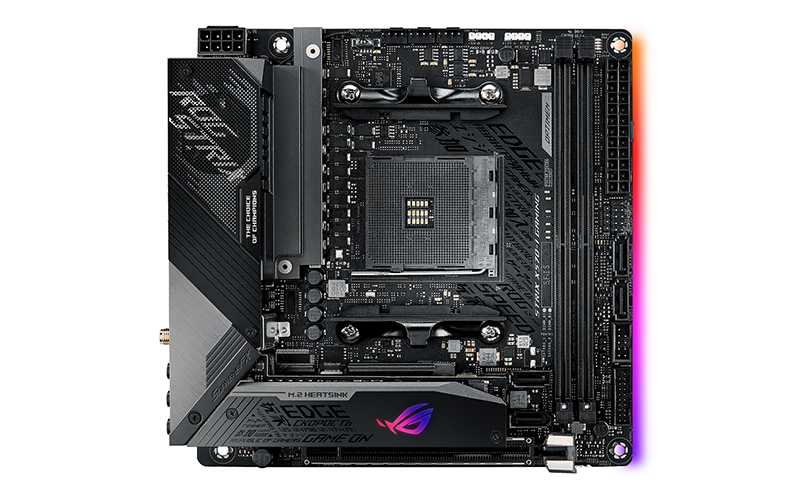 The smaller ROG Strix X570-I Gaming also utilises active cooling for the chipset and VRM heatsink. There are two Delta Superflo fans here too, and a heat pipe helps channel heat away from the chipset heatsink to the fans. ASUS crammed a finned heatsink in here as well in order to maximise the surface area available for heat dissipation.

I'll update once there's news on local price and availability.

Join HWZ's Telegram channel here and catch all the latest tech news!
Our articles may contain affiliate links. If you buy through these links, we may earn a small commission.
Previous Story
Hearthstone pro loses Grandmasters match after trying to play Auto Chess at the same time
Next Story
Circles.Life goes Down Under in partnership with Optus Network