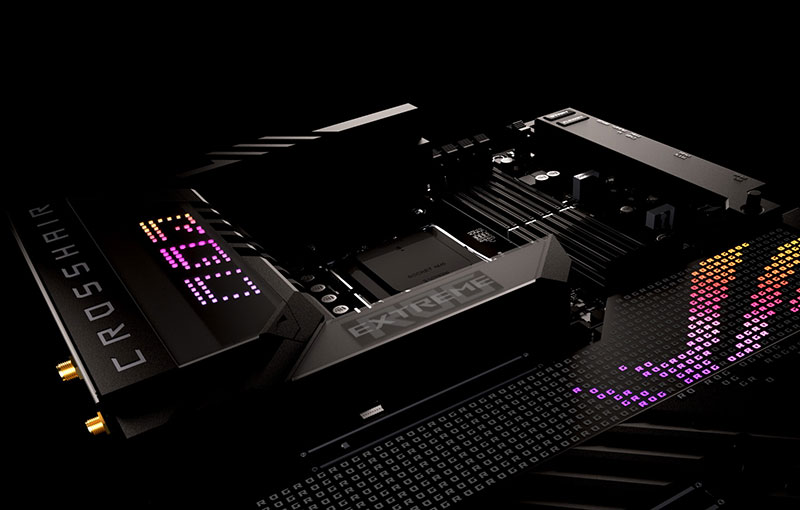 AMD's AM5 platform is set to arrive later this year, alongside a slew of X670 and B650 motherboards. There is even a new X670E chipset reserved for flagship motherboards from its partners, with support for DDR5 memory and PCIe 5.0.

For the first time, AMD is also switching from its PGA chips to LGA, the same as Intel. The change is supposed to help drive more power and greater signal integrity for the chipset's high-speed I/Os, according to AMD's David McAfee.

ASUS is getting ahead of the competition with the announcement of the ROG Crosshair X670E Extreme. Designed for aggressive overclocking with a 20+2 VRM, this is a board designed for system builders who want to push the limits. 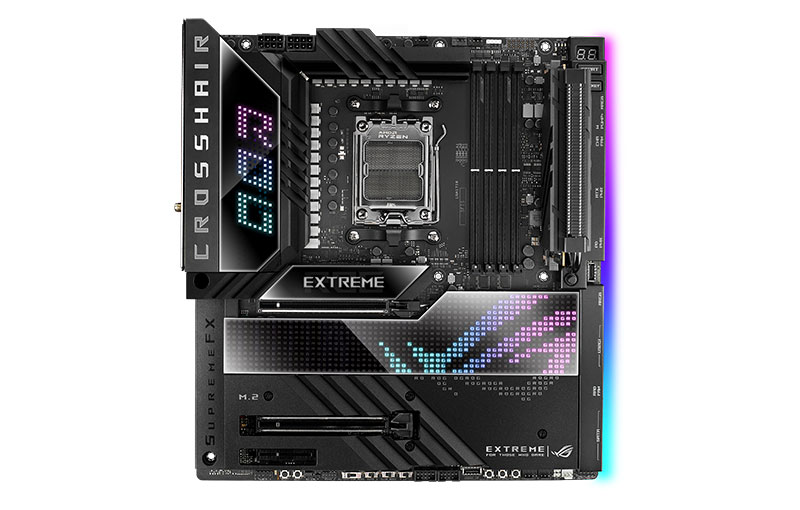 An AniMe Matrix display feeds into the over-the-top design of the board, featuring an array of LEDs that can show off custom retro-style animations. Vibrant underglow lighting has also been added to the right edge of the board for an extra dash of style.

On the networking front, there is support for Wi-Fi 6E, which takes advantage of the 6GHz band. There is also a 2.5Gb Intel Ethernet port and a Marvell AQtion 10 Gb Ethernet port for the very fastest wired connections.

And if you pair the motherboard with a case featuring a front-panel USB-C port, you'll have access to up to 60W charging thanks to the USB 3.2 Gen 2 2x2 connector with support for Quick Charge 4+.

This board is just the first of many to come. In the coming months, ASUS says it will share more about the rest of the high-end ROG Crosshair lineup and motherboards from other product families as well.

Join HWZ's Telegram channel here and catch all the latest tech news!
Our articles may contain affiliate links. If you buy through these links, we may earn a small commission.
Previous Story
Smartwatch market grows 13% YoY, Apple maintains the lead
Next Story
Diablo Immortal won't be available in Belgium and the Netherlands over loot box rulings