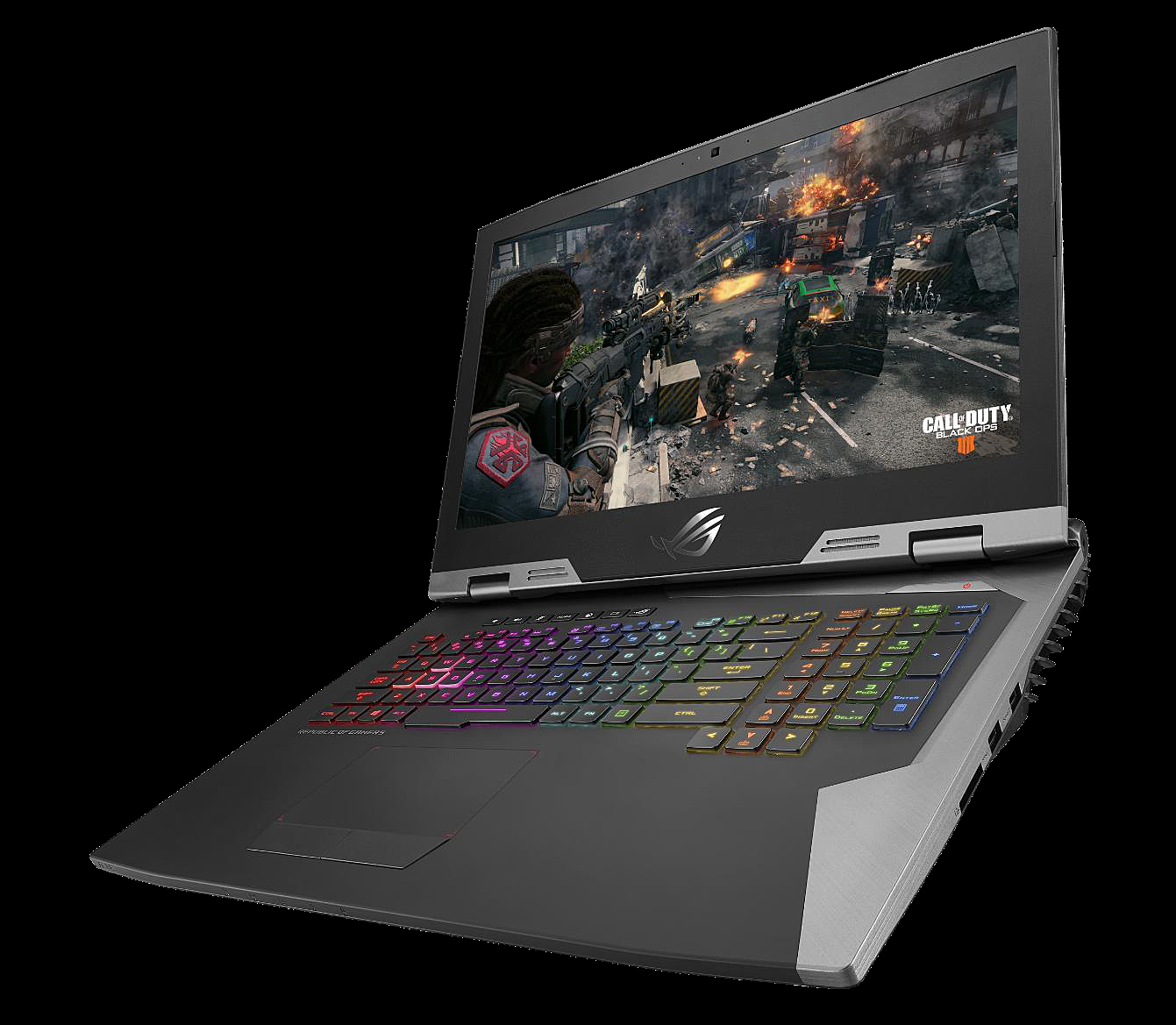 ASUS has refreshed its ROG Strix Hero II and Scar II gaming notebook series with the latest NVIDIA RTX 20-series GPUs. It even dusted off the ROG G703, the desktop replacement notebook, which is a beast of a gaming notebook, to be included in this round of GPU upgrades. 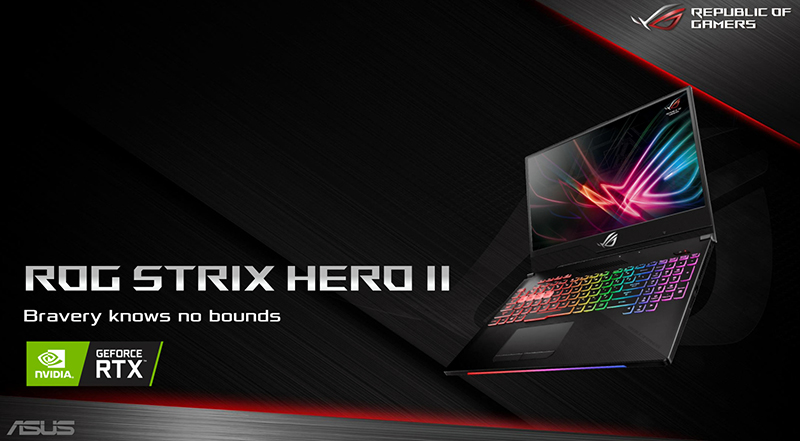 This 15.6-inch gaming notebook keeps its thin-bezel display, its hardware upgrade includes being able to support up to NVIDIA GeForce RTX 2060 mobile graphics chipset and a “quad-antenna” Wi-Fi system with “optimized algorithm” for better coverage. This is an interesting development as we have yet to see desktop counterpart, the NVIDIA GeForce RTX 2060. 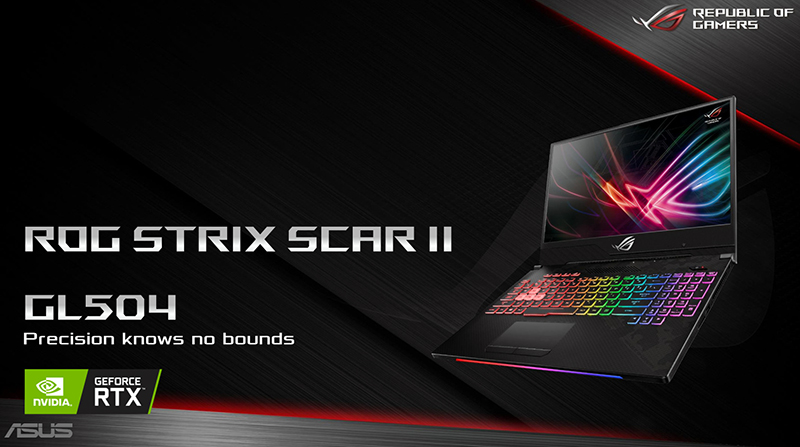 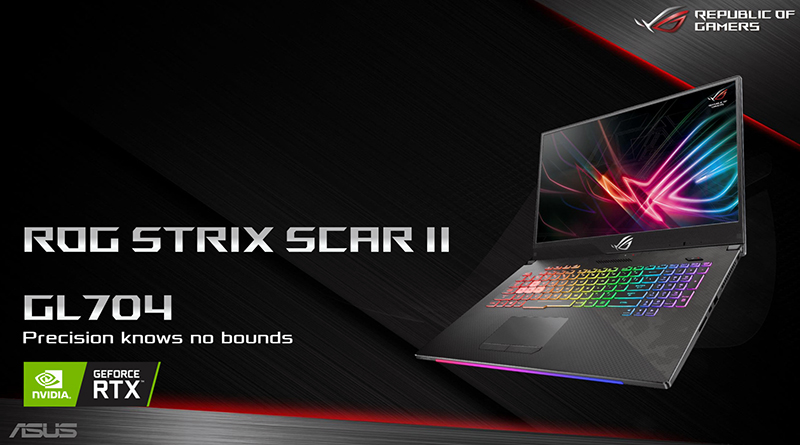 Their highest supported processor is still the 8th-gen Intel Core i7-8570H, with up to 32GB of DDR4-2666 RAM. Its storage options include up to 1TB PCIe-based NVMe SSD, and a 1TB FireCuda hybrid HDD. 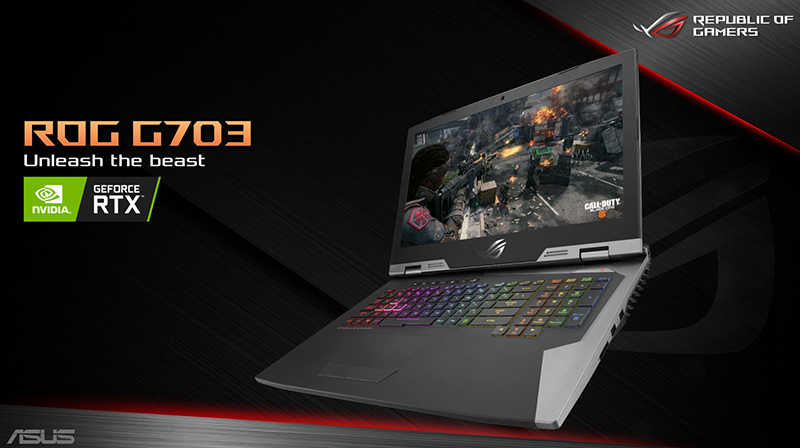 The 17.3-inch ASUS ROG G703 has also been dusted off for CES 2019. Its GPU has been upgraded to the NVIDIA GeForce RTX 2080 with 8GB of GDDR6 VRAM from the previous gen GTX 1080 GPU. The rest of its hardware appears to have been kept intact like its factory-overclocked 8th-gen Intel Core i9-8950HK, to its triplet of PCIe-based NVMe SSDs. Its network connectivity options have been upgraded to include a 2.5GBase-T network port and Intel Gigabit Wi-Fi.

Both laptops will come equipped with an Intel Core i7-8750H processor, 16GB of RAM, and an NVIDIA GeForce RTX 2070. In addition, they will feature a 256GB PCIe M.2 SSD and a 1TB FireCuda hybrid drive.

They will be available to buy at all ASUS Brand Shops and authorized retailers.

Previous Story
ASUS updates the Zephyrus S with a larger display and new NVIDIA RTX GPUs (Updated)
Next Story
Honor's Watch Magic smartwatch has an AMOLED display and up to a week of battery life!