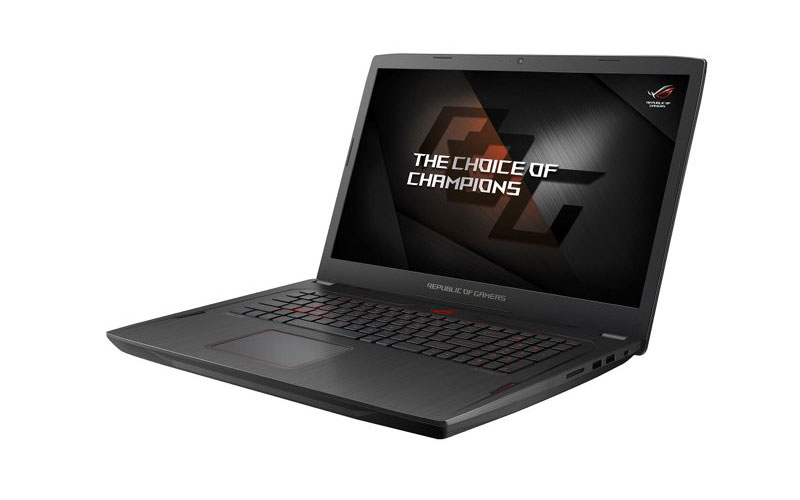 Updated on 23 November 2017: Added details on local price and availability.

Much of the news around Ryzen in recent days has been about the new Ryzen mobile laptop processors, but ASUS has apparently decided it doesn’t want to dabble in these low-powered mobile CPUs.

ASUS first teased the laptop at Computex 2017, but it wasn’t until now that it finalized the specifications.

The ROG Strix GL702ZC will come with a desktop Ryzen 7 processor, making it the first laptop to go this route. This is a new beast in more ways than one, especially considering that the vast majority of gaming laptops are still powered by Intel CPUs.

The Ryzen 7 1700 inside the GL702ZC is an 8-core/16-thread part with a 65W TDP, and it remains to be seen how successful ASUS will be at cooling the chip and keeping it from throttling. That said, we’ve seen novel cooling solutions from ASUS before, most notably in the ROG Zephyrus GX501 and its bottom panel that opens like a trapdoor.

The company seems confident though, and it says that the CPU will be able to achieve its maximum turbo frequency of 3.7GHz.

That’s not all however, and the Ryzen processor is joined by another desktop-class product, the Radeon RX 580 4GB GPU.

ASUS calls its cooling solution Hyper Cool Duo-Copper, and it comprises heat pipes and dual fans to cool the CPU and GPU independently.

This AMD-powered system will also support FreeSync on its 17.3-inch 1,920 x 1,080-pixel IPS display, a nice boon for gamers looking for the most fluid experience. However, it appears that local customers will just be limited to a 60Hz screen, although ASUS appears to have made a 120Hz version as well. You’ll also be able to use the laptop with FreeSync-capable external monitors via the laptop’s DisplayPort or HDMI outputs.

Finally, the laptop can be equipped with up to 32GB of DDR4 RAM and a 512GB SSD.

Having said all that, this 17.3-inch machine isn’t geared for portability like so many other gaming systems today. It weighs 3.1kg and measures 34mm thick, so carting it around isn’t going to be too fun.

Join HWZ's Telegram channel here and catch all the latest tech news!
Our articles may contain affiliate links. If you buy through these links, we may earn a small commission.
Previous Story
Serious security flaws in Intel's ME affect millions of PCs, including those running Intel's latest chips
Next Story
Apple acquired AR headset startup for US$30 million