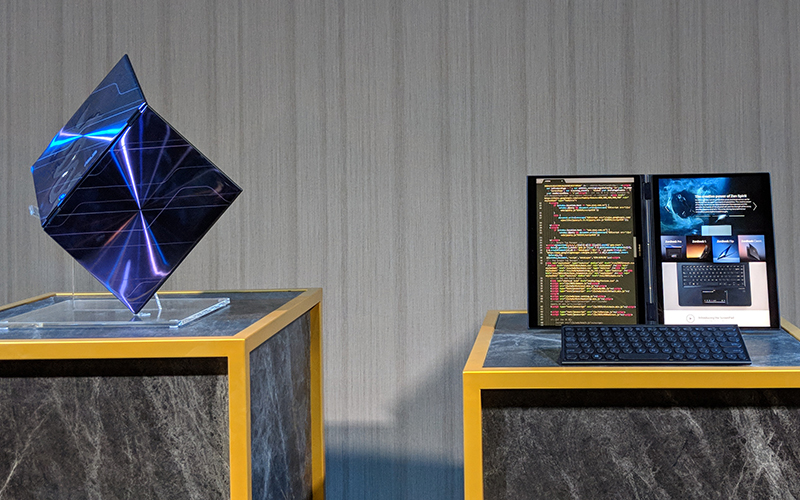 ASUS announced a bunch of new ZenBooks and VivoBooks at Computex today, but it also had something wild in store for us. The company unveiled Project Precog, a concept PC that comprises of two slabs of glass.

Precog retains the form factor of a traditional clamshell laptop, but the 360-degree hinge lets you switch from clamshell to tent or tablet mode. In laptop mode, the bottom screen simply doubles as a keyboard. 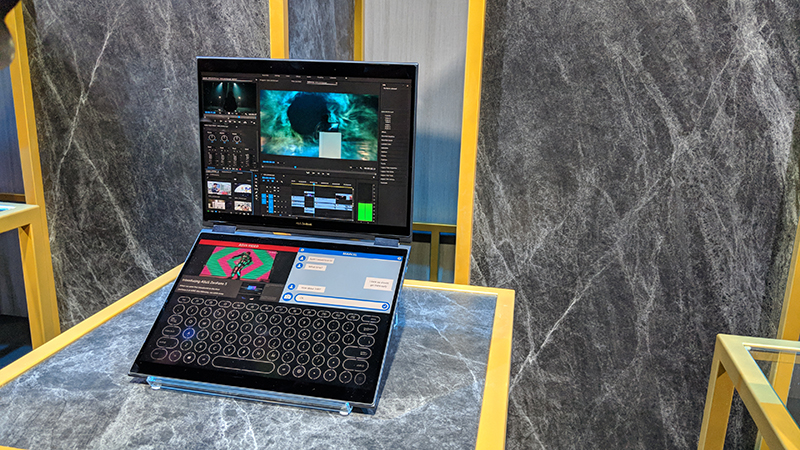 You can even lay it completely flat and play games on both screens. Furthermore, it looks like Precog may be able to function as a desktop replacement of sorts as well, and ASUS showed it set up in portrait mode with a wireless keyboard in front of it. 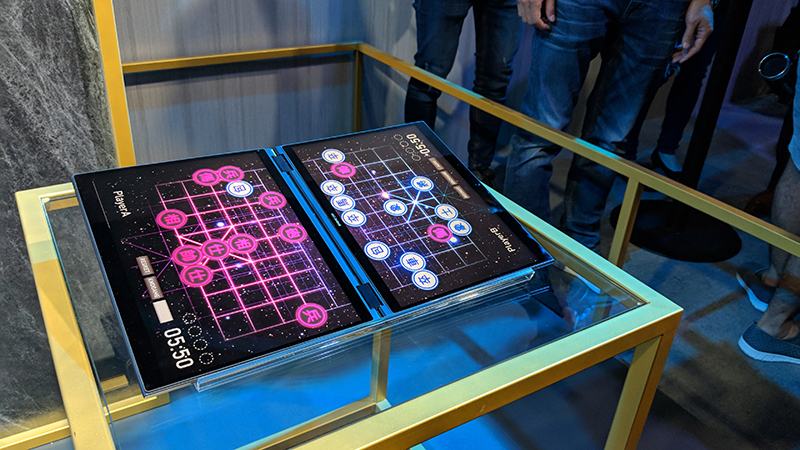 The device also reminds me of what Lenovo did with the Yoga Book in terms of ditching a physical keyboard, but Precog probably more closely resembles something like Microsoft’s Courier. However, it may actually be inspired by Intel’s prototype Tiger Rapids dual-screen PC.

What's more, Lenovo also unveiled its second-generation Yoga Book at Intel's keynote today. Instead of a touch-sensitive keyboard or drawing pad on the second panel, the new Yoga Book features – you guessed it – dual screens, so Precog isn't completely alone in its ambitions. 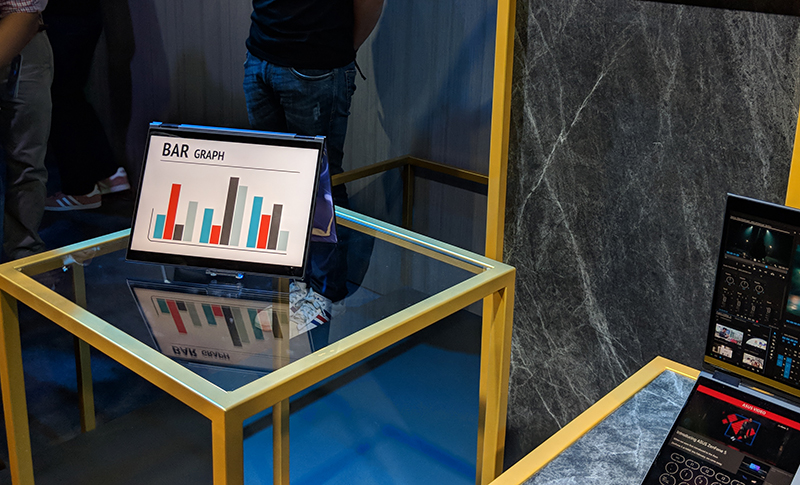 Precog also draws on elements from Intel’s AI for PC Developer Program, which provides PC makers with tools and other resources to make smarter PCs. In the case of Precog, ASUS says the two screens can predict how you’re going to use your laptop.

It uses Intel’s Movidius visual processing unit to detect where your hands are at all times, and it can pre-empt where your fingers will end up over the laptop and shift its virtual keyboard accordingly. If you were using an external keyboard and move it away, Precog will detect that and provide you with a virtual one.

In addition, Precog can supposedly serve up things like chart suggestions in the bottom screen if you’re using Excel. The PC can also learn your schedule, which will allow it to anticipate your meetings and conserve battery appropriately.

More importantly, ASUS says that Precog isn’t just some ambitious idea, and it fully intends to bring it to market in 2019. Here’s to hoping that really happens.