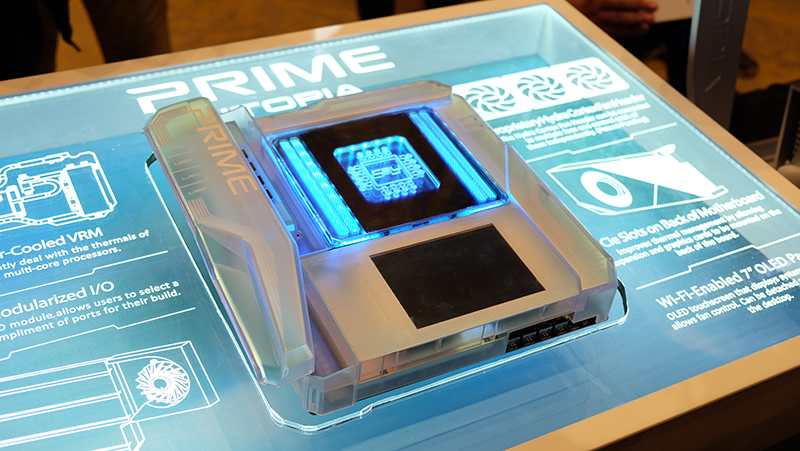 What do you want to see changed in desktop motherboards today? Board layouts have been fixed for so long that it's not something that gets a lot of thought these days. However, ASUS is looking to shake things up with the Prime Utopia, an early prototype of a motherboard that outlines the company's vision for the future of high-end desktop motherboards.

The Prime Utopia throws convention out the window. For starters, the PCIe slots aren't anywhere to be found on the front. Instead, they sit at the back, which supposedly improves thermal management and frees up space on the front for additional M.2 sockets and expansion slots. It also ensures that heat from the graphics card doesn't end up impacting the CPU or drives, in this way minimizing the chance of thermal throttling. 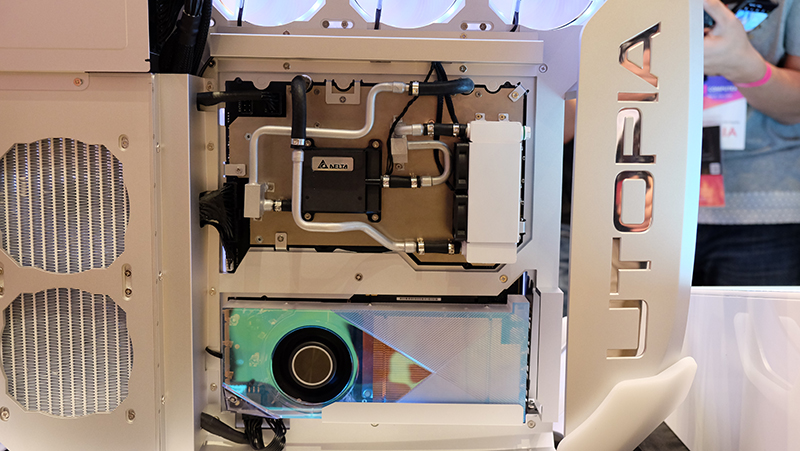 Elsewhere, the board features integrated liquid cooling to better cool the VRM components and handle high core count processors. You can be sure that future CPUs will only feature more and more cores, so it's not really a surprise that ASUS is looking to explore more creative cooling solutions. As it stands, even a chip like the Core i9-9900K is best paired with at least a closed-loop liquid cooling system, especially if you're going to be overclocking.

ASUS also introduced a new type of fan header, which it's calling the Hydra Cortex. This is a proprietary design that enables up to four fans to be connected to it via a splitter cable, but you'll now be able to control each fan individually in the BIOS as opposed to controlling them as a single group.

The company says it is already working with partners to develop fans that are compatible with the Hydra Cortex header, so we may hear more about this further down the road.

The final touch is what may also be the board's coolest feature. The Prime Utopia has a modular rear I/O design, so you can actually chose what combination of ports and connectivity options you want. 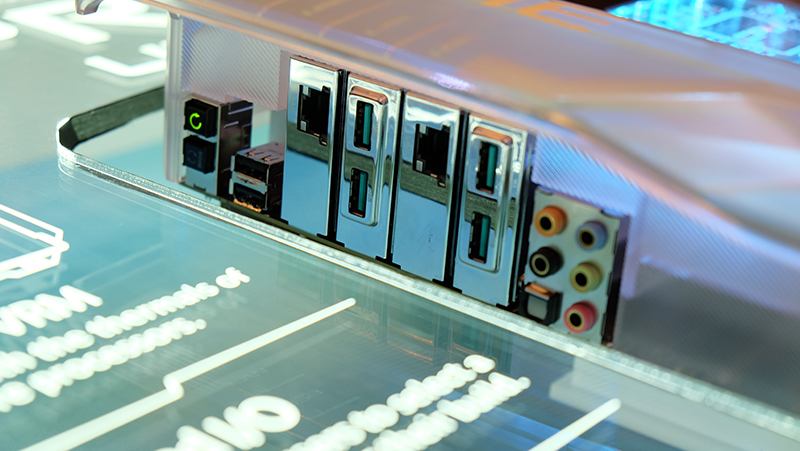 Separately, there's a 7-inch full-color touchscreen OLED panel that you can connect to the board via a cable or Wi-Fi. This can be placed on your desk and let you more easily access BIOS settings, control fan speeds, turn the system on or off, or even monitor real-time system information. 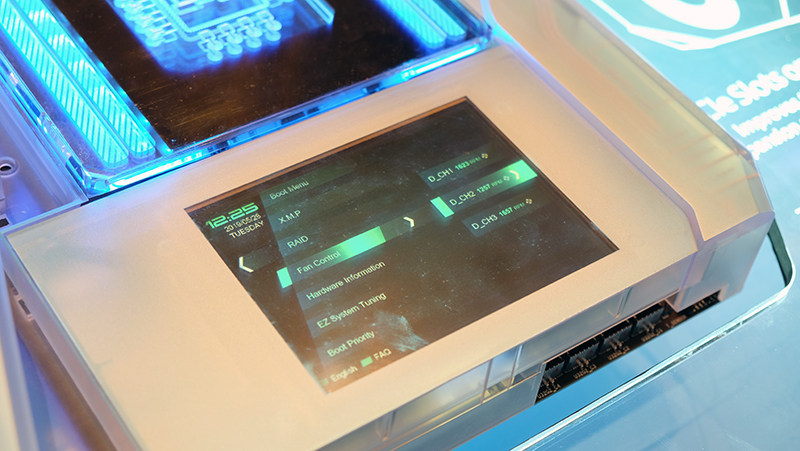 At the moment, there's no word of whether the Prime Utopia will graduate from prototype to retail product. For one, it'll probably require some redesigns on the part of chassis manufacturers to accommodate things like the rear PCIe slots, but now that ASUS makes its own cases, that may not be that big of a problem.