The ASUS PA328Q monitor is a 32-inch, 4K display for photographers

The ASUS PA328Q monitor is a 32-inch, 4K display for photographers 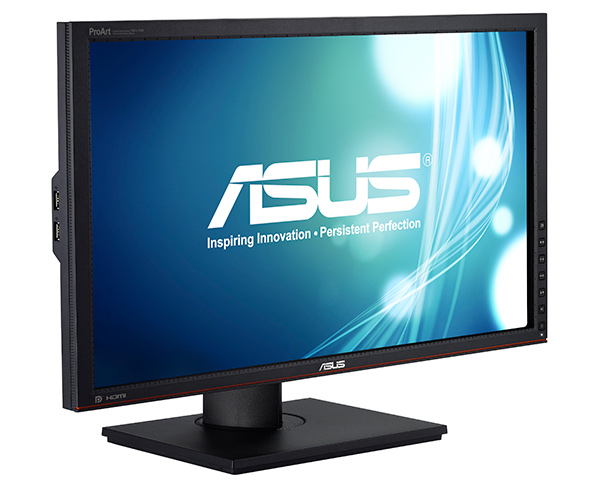 As a monitor targeted at working professionals, the 32-inch, 3840 x 2160 pixel IPS panel literally means business. It has been pre-calibrated at the factory for improved color accuracy and supports 100% sRGB color space. According to ASUS, the monitor has also been designed for improved color uniformity, which ensures greater color consistency across the entire screen and resolves problems like fluctuations in brightness and chroma.

The monitor also comes with certain productivity features like the ASUS QuickFit Virtual Scale, which allows users to preview photos and documents on screen in their actual size. A square grid overlay can even be called up to assist users with alignment.

In addition, there is support for something called Picture-in-Picture (PiP), which essentially lets users display content from a second input source in a smaller window. An alternative mode called Picture-by-Picture (PbP) displays two images side by side, with the screen divided in the middle.

On the back, there are three HDMI ports (one of which supports MHL 3.0), a single DisplayPort 1.2 connector, and one mini DisplayPort 1.2 output. There are a further four USB 3.0 ports for hooking up your peripherals.

The PA328Q doesn’t come cheap – it is available now at S$2,149 with a three-year on-site warranty. Incidentally, ASUS also announced the PA329Q at Computex this year, which among other changes, now supports 100% coverage of the Adobe RGB color space.