Note: This article was first published on 4 January 2023 and was updated on 7 February 2023 with availability details for the ROG Zephyrus M16 and ROG Scar 18. 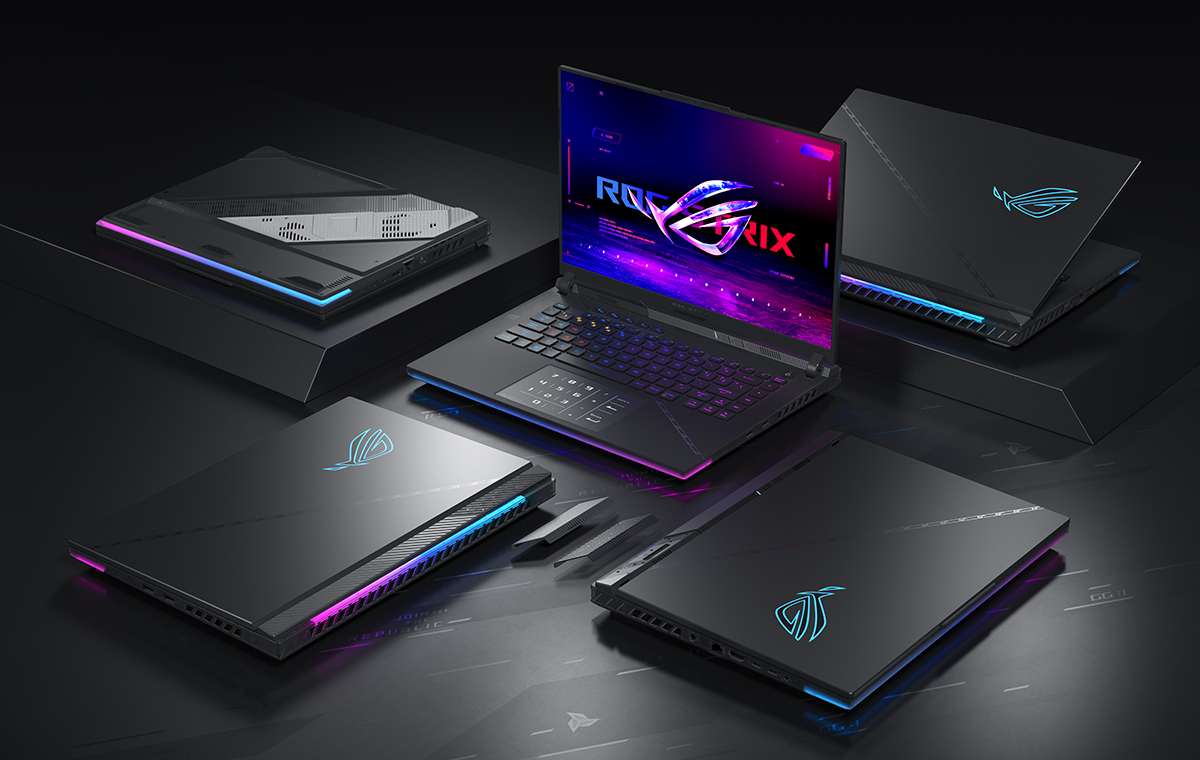 Leading the charge with the updated Strix series

ASUS has debuted its latest line of Republic of Gamers (ROG) gaming laptops at the Consumer Electronics Show 2023, and they'll be sporting the latest GeForce RTX 40 series mobile GPUs with Max-Q 5 optimizations that were just announced by NVIDIA.

The Strix Scar 16 and Scar 18 now feature 16- and 18-inch 16:10 aspect ratio screens respectively, and are equipped with a thick full-width heatsink and Tri-Fan Technology to help with heat dissipation. Both models also come with an Intel Core i9 13980HX processor and an NVIDIA GeForce RTX 4090 Laptop GPU.

The Strix G16 and Strix G18 have also been upgraded with the same processor and GPU.

The ROG Scar 18 will be available in Singapore in late March. 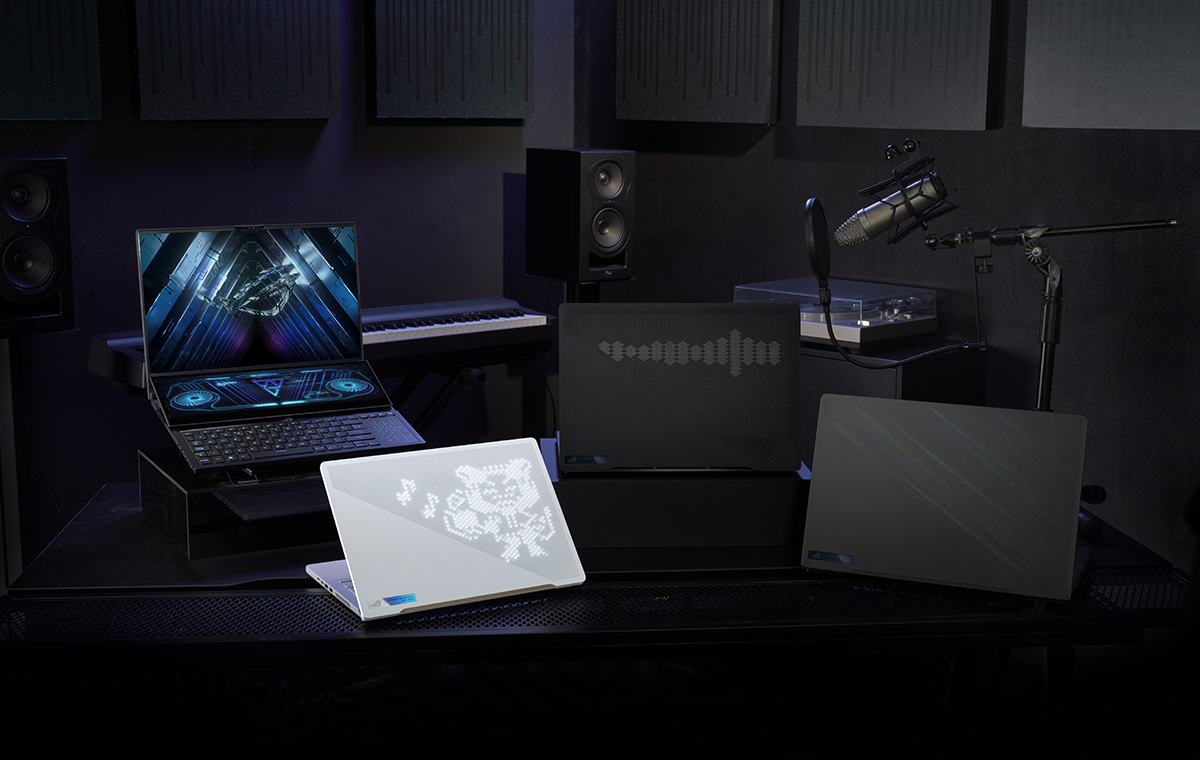 For those looking for a more portable option, the upgraded Zephyrus M16 offers an improved cooling system and a full-width heatsink, while still maintaining its thin and lightweight design. It is powered by an Intel Core i9 13900H CPU and an NVIDIA GeForce RTX 4090 Laptop GPU with a MUX Switch and NVIDIA Advanced Optimus technology.

ASUS says the Zephyrus M16 will be available in Singapore in late March.

ASUS has also updated several other members of its Zephyrus line for 2023. The new Zephyrus G16 features an Intel Core i9 13900H CPU, an NVIDIA GeForce RTX 4070 Laptop GPU, and a 16-inch QHD 240Hz Nebula display.

The Zephyrus G14 comes equipped with an AMD Ryzen Zen 4 CPU and up to an NVIDIA GeForce RTX 4090 Laptop GPU, as well as ROG's first 14-inch Nebula HDR display. The Zephyrus Duo 16 now has a dual display setup with a 16-inch Mini LED panel and a 4K touchscreen that automatically slides out when the laptop is opened. It has also been upgraded with an AMD Ryzen Zen 4 processor with 16 cores and an NVIDIA GeForce RTX 4090 Laptop GPU.

Going with the new Flow 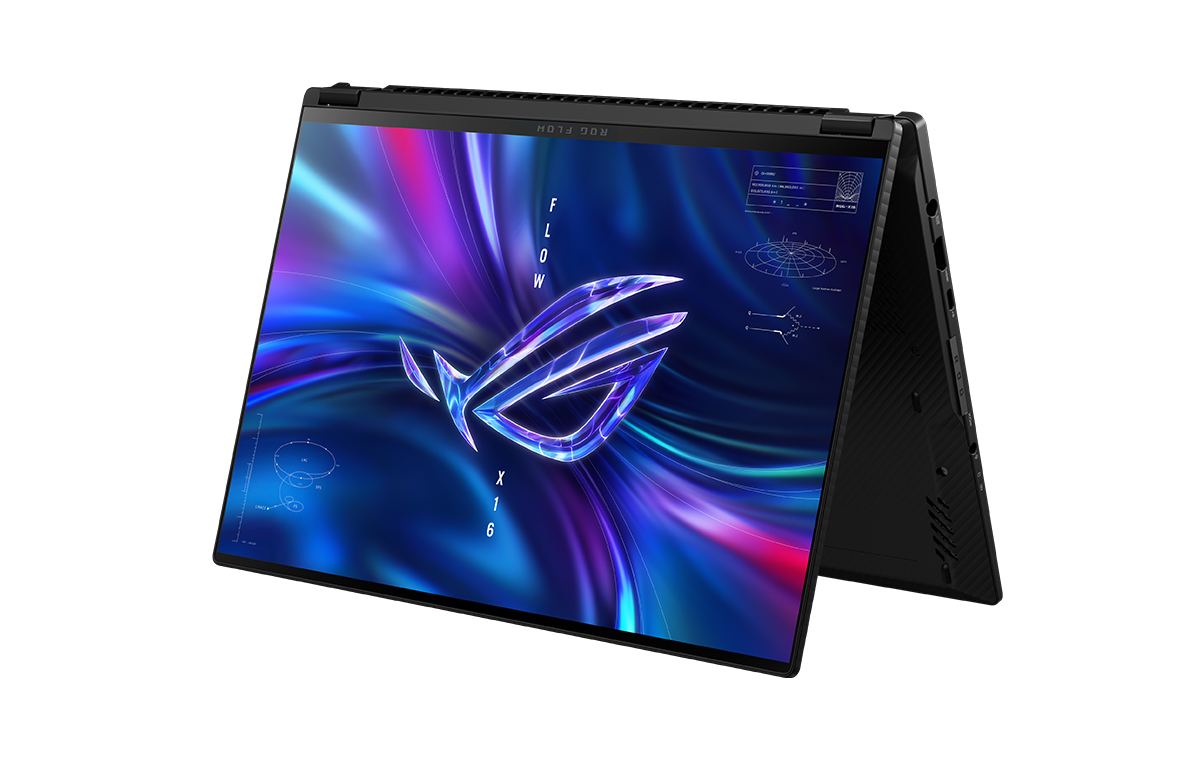 The Flow X13 has also received upgrades, including an AMD Ryzen Zen 4 processor and an NVIDIA GeForce RTX 4070 Laptop GPU. It also has up to 32 GB of LPDDR5 RAM, which boasts a 50 per cent faster data rate than the previous model. The Flow X13's chassis has been redesigned and is now 10mm smaller while maintaining a 15-inch keyboard layout. The hinge has also been redesigned to allow for better airflow. The Flow X13 also offers Windows Hello support and a larger touchpad for easier unlocking and navigation. Finally, the Flow Z13 has been upgraded with an NVIDIA GeForce RTX 4060 Laptop GPU and a 13-inch QHD 165Hz refresh rate.

Asus has not yet announced pricing or availability for these new ROG laptops, but they are expected to be available for purchase sometime in the near future.

Join HWZ's Telegram channel here and catch all the latest tech news!
Our articles may contain affiliate links. If you buy through these links, we may earn a small commission.
Previous Story
Intel Evo laptops with 13th Gen processors will have improved battery life and Intel Unison on select devices
Next Story
Samsung’s CES 2023 TVs go all in on software perks