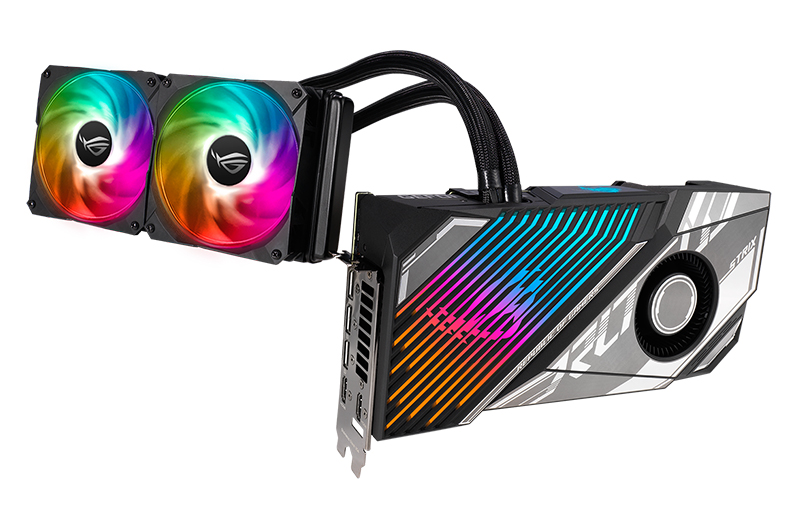 Water-cooled cards are not new by any measures, but ASUS' top of the line ROG Strix LC GeForce RTX 3080 Ti looks exceptionally remarkable even by their own high standards.

Based on NVIDIA's new flagship RTX 3080 Ti GPU, the ROG Strix card is a fushion of speed and style, with an angular shroud and addressable RGB LED accents that shine through striations on its surface. It's stealthier-looking metallic accent comes in a clean look, void of ASUS' tradement "cybertext", is intended to standout more inside typical black, monochrome, casing. I kind of think it looks really cool when matched with ASUS' Gundam-theme components too.

According to ASUS, underneath the shroud is a custom full-coverage water block that transfers heat from the GPU and GDDR6X memory directly into a liquid-cooling loop rather than the inside of the case. Coolant passes through extra-long 600mm hoses to a 240mm radiator. The generous length of these hoses, combined with the broad case compatibility of the 240 mm radiator, will theoretically give enthusiasts the confidence to install the ROG Strix LC GeForce RTX 3080 Ti in even the most cavernous enclosures.

This versatility lets system builders experiment with the best airflow path for their graphics card's needs, too. The radiator can be mounted at the top of the case to let exhaust heat bypass the case’s interior entirely, or to the front with the fans configured as intakes to chill the card with the coolest possible airflow. 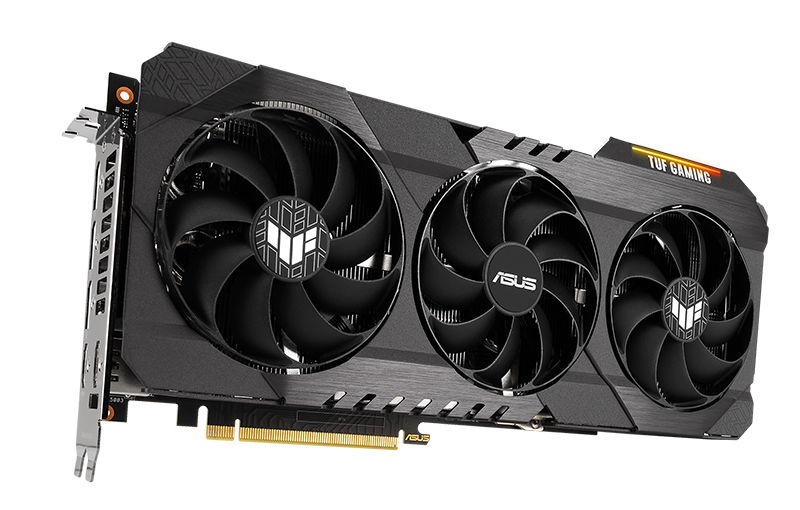 Join HWZ's Telegram channel here and catch all the latest tech news!
Our articles may contain affiliate links. If you buy through these links, we may earn a small commission.
Previous Story
Bloober Team's The Medium might be headed for the PlayStation 5
Next Story
Aftershock has updated their gaming notebook range with Intel's 11th Gen H-series processors