The PCE-AC88 connects to a PCIe x1 slot and is powered by Broadcom's BCM4366 SoC. 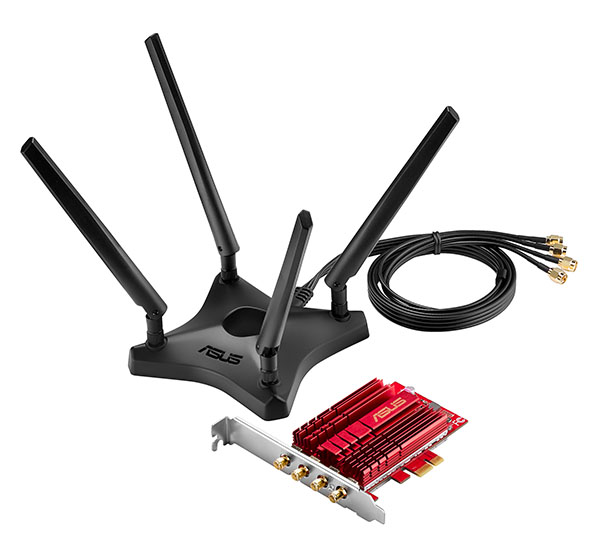 The ASUS PCE-AC88 also comes with detachable external antennas and an external magnetic antenna base, so that users can position the antennas optimally for better performance.

Users can also choose to attach the antennas directly to the adapter itself.

The large red heatsink has been designed for optimal heat dissipation, allowing the PCE-AC88 adapter to run without rest and stably even under heavy workloads.